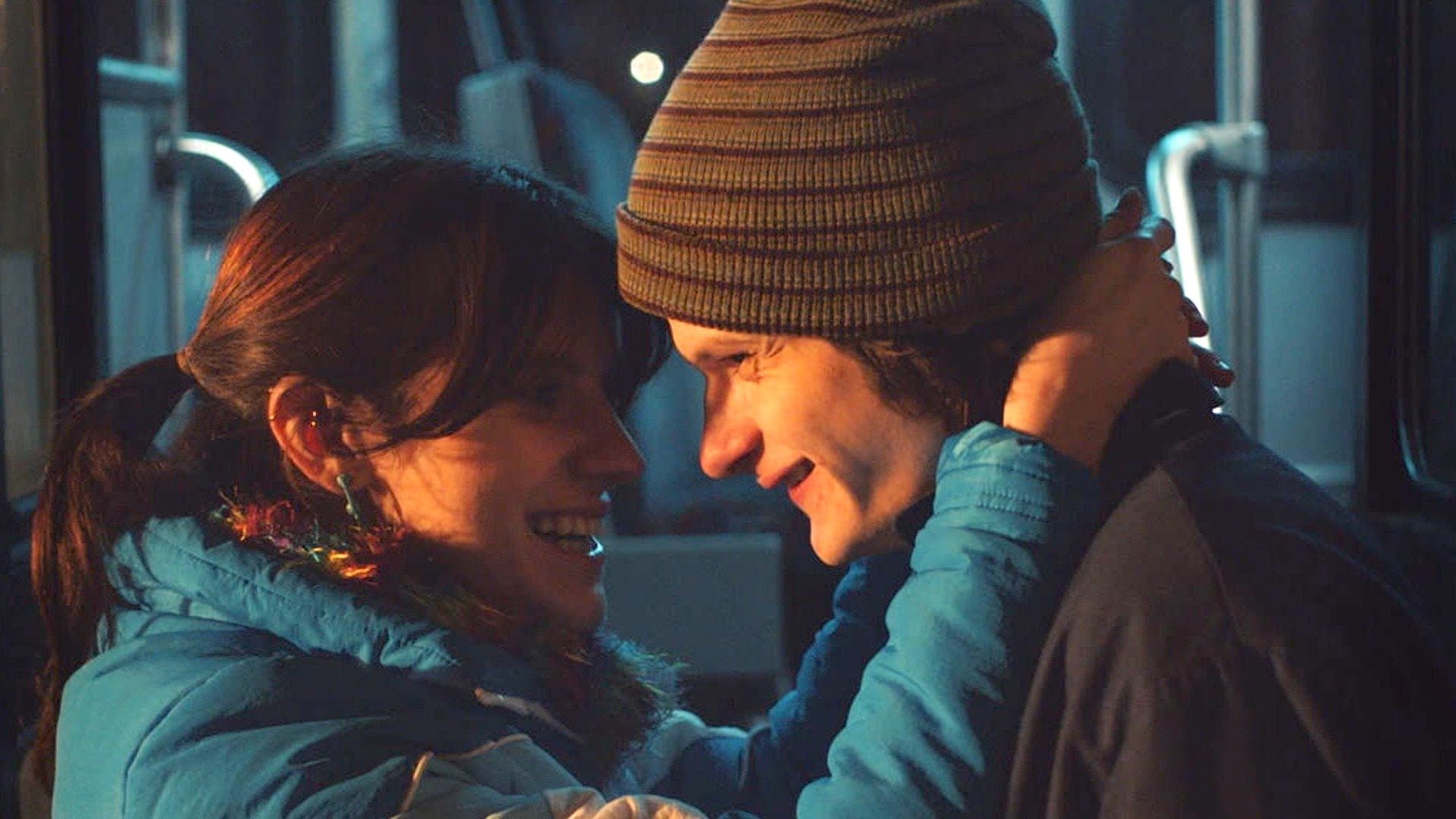 “Inspired by real shit,” it says at the beginning of Drunk Bus, a nineties/noughties-style coming-of-age comedy taking its cues from a host of (good) films.

The setting actually is “inspired” – the late-night bus on the Campus Loop taking students back to wherever they live – driven invariably by late-20s Michael (Charlie Tahan), a guy locked in the sort of frozen, boy-to-man arrested-development crisis that movies seem to exist to sort out.

He drives, mostly impassively, while behind him an early montage reveals the sort of shitshow that is his nightly ordeal. The traffic cone, the drunken staggering, the making out, the rowdiness, the bare butt. Fun to doing, not so much fun to be steering home. However, for the most part things sit at the warm and fuzzy end of the drunk-bus spectrum.

There are regulars, like Fuck You Bob (Martin Pfefferkorn), a cantankerous old wheelchair user, and Kat (Kara Hayward) and Justin (Tonatiuh), a sparky couple who turn out not to be a couple at all. Which has ramifications because Michael is at the wrong end of an unpleasant break-up, and so is single. And Kat is pretty, likeable, funny and clever and so…

Writer Chris Molinaro and writer/directors John Carlucci and Brandon LaGanke leave Kat there, to one side, dangling the prospect that she and Michael might get together. The fact that Kat is played by Hayward, who’s been good in everything since she made her debut in Moonrise Kingdom ten years ago aged 14, is not insignificant. They also re-introduce Michael’s too-virginal-by-half ex, Amy (Sarah Mezzanotte), via a series of texts – she’s coming back to town after some time in New York. Does he want to hook up? Winky face.

That, in essence, is what the film is about. Does the timid Michael want to get back with familiar (if frosty) Amy or leave his comfort zone and take a chance on Kat? More generally, is Michael going to be stuck here driving the bus round in circles for ever, or is it time to make the break with the student years and grow up?

Waving the magic wand and making it happen is a character you’d call a Manic Pixie Dream Girl if she weren’t a he and a huge Samoan with a scary face tattoo – Pineapple Tangaroa playing a minder put on the bus by the company after Michael ends up on the wrong end of a fist one evening. An odd-couple relationship develops, with Pineapple becoming quite the road-warrior guru that Michael needs.

Pineapple (also the character’s name) is good way towards being Spike Lee’s Magical Negro, one of those darker skinned characters Lee complains that Hollywood still puts in movies tokenistically – they’re there to deliver change but not really be a part of the drama. Tangaroa has edged into acting by accident – he owns a tattoo/body-modding biz in Austin, Texas – and while the character he plays might be a bit obviously a plot device, Tangaroa’s winning personality, easy charm and impressive bulk help refute any charges Lee might level. A bit, at any rate.

Saturday Night Live’s Will Forte turns up as the disembodied voice of Michael’s borderline insane boss/control, an example of what might happen to Michael if he gets stuck where he is, in this vomit-scented jock limbo.

The likeable, regular guy features and loose performance of Charlie Tahan are also an asset, especially as things get so familiar – the scene with the loopy drug dealer, the bit where Michael and Pineapple lie on the car bonnet and stare at the fireworks – that the whole thing starts to edge into tickbox territory.

Actual drunk buses can be hellish or they can be amiable. This one is a good-natured, raucous ride and though the route it’s on is familiar, it bounces along and takes us where we need to go.