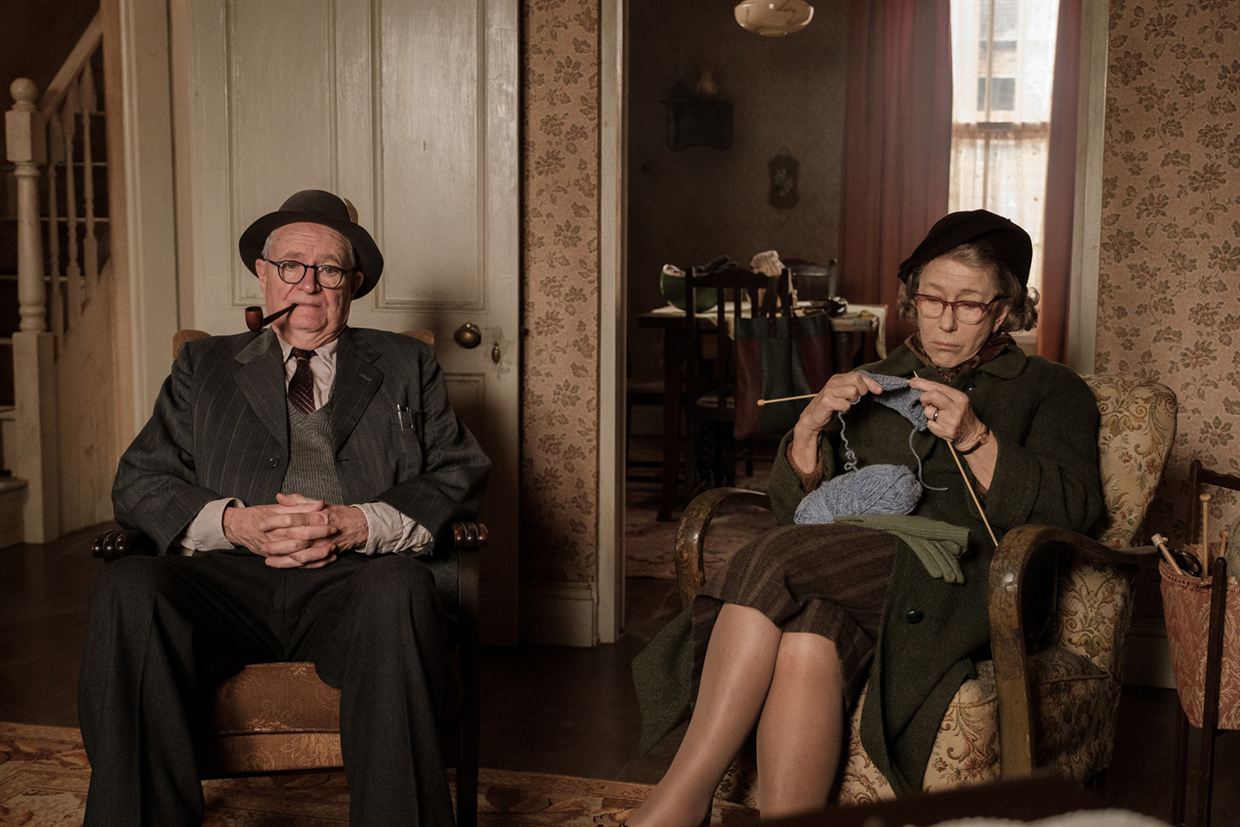 The Duke is a great example of the sort of film that Brits make for domestic consumption and which often do pretty well internationally as well. Playing up to harmless stereotypes, they’re full of silly sausages with funny voices and odd, eccentric behaviours. Here for the most part it’s Northerners being earthy and honest and principled, while down South a different sort of daffy stereotype – posh, restrained, clean – are hauling on barristers’ outfits and judges’ horsehair wigs to use Latinate turns of phrase in the most rarefied of settings, the courtroom.

Both export beautifully. Both reassure the natives even more. The stereotypes are diamond tooled in The Duke, a true story about the theft of Goya’s painting of the first Duke of Wellington in 1961 by a Newcastle man who did it as a Robin Hood act of social levelling-up, a cry against unjust taxation (the TV licence, used to fund the BBC in this case).

Jim Broadbent plays the thief, would-be playwright Kempton Bunton, with a thirst for social justice that makes him near unemployable in local factories and a thirst for knowledge that has equipped him with enough autodidact education to realise that the social order is a gigantic conspiracy. Note: he’s the leftwing kneejerk of old, not to be confused with the rightwing kneejerk of our current era.

Kempton’s wife Dorothy is another familiar working-class type – a houseproud, hard-working woman who does everything absolutely by the book and fully expects that everyone else does too. Rounding out the family, barely, are Fionn Whitehead as the son, Jackie, who’s probably going to go places once he’s got to university, his older, tearaway brother, Kenny (Jack Bandeira), a chip off dad’s unorthodox block, but with less of an interest in learning, and Kenny’s up-herself girlfriend Pammy (an attention grabbing Charlotte Spencer). Meanwhile, in a better part of town, is Mrs Gowling (Anna Maxwell Martin), half a character thrown in to wipe up complaints that this is all a bit too stereotyped. Look, a posh woman. Up north! And acting as half a back story to add the illusion of depth and some emotional heft, Kempton and Dorothy’s dead daughter, about whom they never talk.

The story: rebellious Kempton steals the painting, hides it in his house for some time, then returns it to the gallery in broad daylight, winding up in court where he’s defended by the very urbane Jeremy Hutchinson QC (Matthew Goode, very good at this sort of thing) but is actually doing alright on his own. His grandstanding show as a bluff, funny, smart, twinkling Northerner is just the sort of character the newspapers love (as do screenwriters and directors).

It’s an oddly slight story. At one point the aggressively avaricious Pammy realises that Kempton has possession of this painting that half the country is looking for, and the next minute Kempton has decided to return it, as if this homeopathic trace of danger were enough to satisfy a screenwriter’s requirement for jeopardy, or stakes.

It barely matters. Because for the most part this is the Jim Broadbent show, and he dazzles with a display of enjoyable tics and gurns, deadpan delivery and deadly comic timing. No one else really has much to do, not even Helen Mirren, who shows how good she is by somehow managing to drag the spotlight her way in the handful of lines she’s given.

There’s some archive TV footage sprinkled in here and there and the production design – those awful sofas, gloomy interiors in spic-and-span two-up, two-down houses is bang on the money. It’s also director Roger Michell’s final film – he died before it was released – and he’s more in the Notting Hill mode than in the trio of meatier “difficult relationship” films he made with writer Hanif Kureishi (The Mother, Venus, Le Week-End). Light-as-air transitions, a solid depiction of place and time, no fat to get in the way of a story designed most of all to be entertaining. He makes it look easy.

The Duke – Watch it/buy it at Amazon

Director: Roger MichellWriter: Richard Bean, Clive ColemanStars: Jim Broadbent, Heather Craney, Stephen RashbrookSummary: In 1961, 60-year-old Kempton Bunton stole Goya's portrait of the Duke of Wellington from the National Gallery in London. He sent ransom notes saying that he would return the painting on condition that the government invested more in care for the elderly. What happened next became the stuff of legend. An uplifting true story about a good man who set out to change the world and managed to save his marriage.