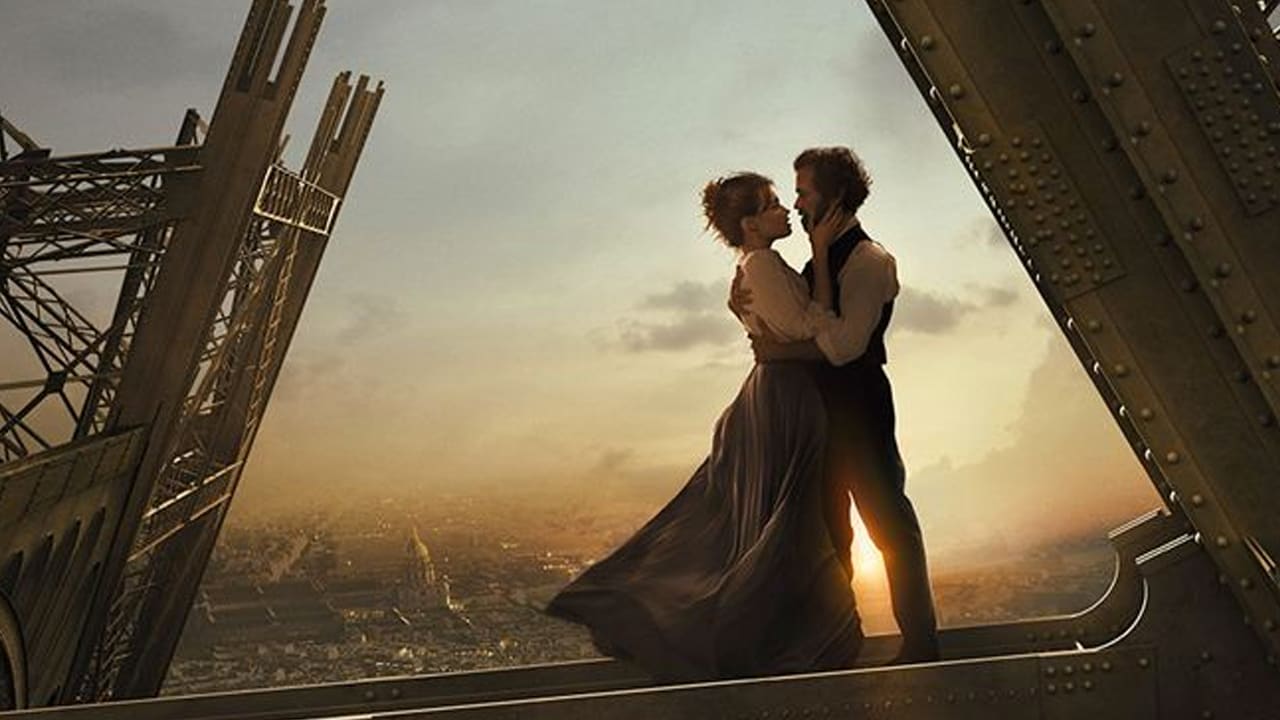 “Librement inspiré de faits réels,” it says at the beginning of Eiffel. Not a mere “inspired by real events”, often used as an apology for serving up historical fact laced with made-up stuff, but “freely inspired”. Turn to Wikipedia if what you want is the actual factual, in other words.

That’s what I did, and can tell you that the background to this story is pretty much all true, depending on what you call the background, which Eiffel isn’t entirely sure about either.

In opening scenes Gustave Eiffel, engineer extraordinaire, stares out at Paris from the tower he gave his name to – handy if you’ve no idea who he was – before Eiffel cycles back in time, first to Eiffel being lionised in America, where his metal structural frame inside the Statue of Liberty has made a “statue” of that size possible, then further back, to when he was an ambitious young engineer throwing a metal bridge over the river Garonne at Bordeaux, and where he was first thunderstruck by Adrienne Bourgès, the flighty, fun, clever, witty, coquettish, daring and beautiful daughter of a local somebody.

In the film’s best scenes, in this dappled, honeyed yesterday, Gustave and Adrienne look and look again, director Martin Bourboulon brilliantly collaging together all the signs of instant mutual attraction – heartfelt gasps, parted lips, flashing eyes, loss of bearings. Heat comes off the screen. We can hear the blood changing direction in their bodies, or so it seems.

But, in the way of these things, Gustave is also a Driven Man, and so we shift to some years down the line to when his efforts have given the now fully bearded Eiffel a tilt at the top – the competition to design a stunning monument for the World’s Fair in Paris in 1889. His proposal: a huge tower 300m high, made entirely of the most modern of materials, metal, a tower so audacious it brings out much of French society, including many of its artists, against him.

What of Adrienne? Without spoiling things too much, events and people conspired against the two of them in the past, but will conspire again – in the shape of this competition – to throw them back into each other’s orbits, where the now-married Adrienne will do her best to resist the volcanic Mr E.

The torrid love affair set against a backdrop of world-shaking events is the idea, an audaciously old-fashioned notion powering a film shot in that old-fashioned way – nicotine palette, misty looks – and full of people with thumbnail personalities. The bumptious father. The enraged husband. The woman out of control. The man driven to mad excess. The solicitous daughter. The able wingman.

Romain Duris and Emma Mackey are the leads. Duris brings his usual intensity to the role of Eiffel. Mackey grabs the film by the scruff of the neck (you might have seen her in the Netflix series Sex Education), her “aren’t you Margot Robbie?” looks adding an extra budgetary bump to a film designed to look impressive.

Think of Terence Stamp and Julie Christie in Far from the Madding Crowd and we’re about most of the way into the writers’ and director’s intentions. Smouldering and occasionally catching fire.

As I say, if you want facts there is Wikipedia. There is much staring into each other’s eyes and the sense that lava is forcing its way to the surface. Rather less on the hurdles Eiffel had to surmount in order to achieve his goal. Not much either on Eiffel’s particular set of skills – he is technically ingenious, has an utter grasp of his subject, can sell like almost no one else, and has a commitment to the wellbeing of his workers which was unusual at the time (Wikipedia tells us only one person died during the construction of the Eiffel Tower, remarkable in itself) – it is all there, fighting for attention with the sound turned down.

It’s a love story rather than a story about the building of a tower – after all who wants to see that? Me, for one. Much as I was swept away by Gustave and Adrienne’s passion, I wanted to know more about Gustave’s towering achievement, which has endured long after these two enamoured people have crumbled into dust. There’s probably something on YouTube.


Eiffel – Watch it/buy it at Amazon