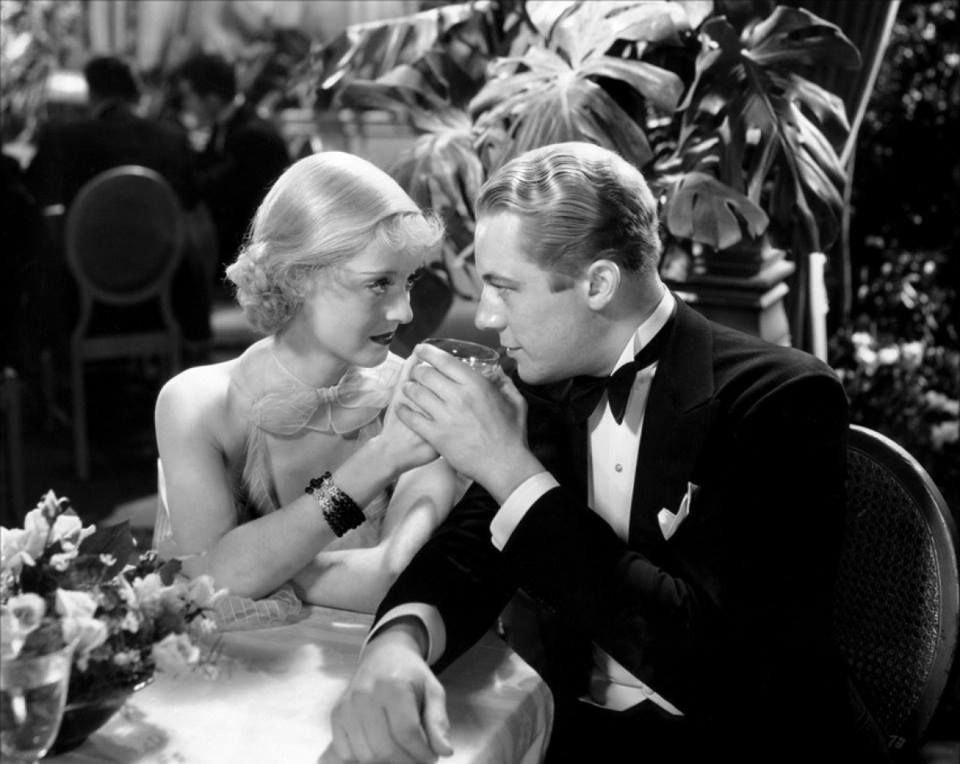 “A piece of junk” is how Bette Davis described 1931’s Ex-Lady in her 1962 autobiography. By the early 1960s a good chunk of Davis’s stock in trade was disdain but even so it’s a tall claim. The film was, among other things, the first to put Davis’s name above the title.

It’s a Hollywood “problem movie”, the problem being the incompatibility of marriage and “young moderns”, as the film calls people like the progressive, independent illustrator character Davis plays, a woman who wants to carry on with life as it is – and not get married to Don (Gene Raymond), the advertising guy she’s currently hooking up with for clandestine sex.

Then he goes and ruins it all by asking Helen (Davis) to marry him. And she ruins it by accepting, and a semi-funny, semi-farcical drama gets underway. Fidelity on both sides is tested, as are compatibility under stress and commitment to the marriage vow and by the end they’ve… well that’s the plot.

It’s 67 minutes short but even so Davis has a point. It doesn’t fly along and even at that length there is at certain moments the distinct sound of the prayer wheel rotating in the wind.

Davis is about 25 and on the verge of becoming the Davis of legend. Here, she’s about 75% there, beneath the bleach-blond hair and Hollywood glamourpuss make-up she detested. The effect, next to Raymond, who is also blond, is disconcerting, like an advert for the Aryan race.

The film makes no bones about where its sympathies lie, opening with a sparkling drinks party given by chirpily single Helen, who breaks it up early on her terms to press on with a commission she’s working on as part of her beloved and lucrative career as a freelance illustrator. Later in the story there’s a mirror party, attended by newly married Helen and Don. Here, she’s bored to death by a magnate who’s something in boilers, while her husband is having his head turned by the man’s wife. Marriage, huh?

There is pre-Code daring – the sleeping together and a risqué shot of Davis’s breast in a flimsy negligee – and Hollywood is at least attempting to address new and alternative social arrangements, and doing it in an open and honest way. Post-Code this sort of discussion still went on, through about four veils of hint and allusion.

Remarkably, Ex-Lady was a remake of a film from two years before, 1931’s Illicit, starring Barbara Stanwyck, and maybe Davis was bridling at stepping into someone else’s hand-me-downs, or at being in a B movie. Here, we’re still a couple of years away from Davis’s critical breakthrough, with On Human Bondage, when she started to embrace the “difficult” (ie non-flattering) roles other actresses wouldn’t take.

Her co-star here, Gene Raymond, is a wan and pasty foil to the already feisty Davis, but to be fair to Raymond the character of Don is underwritten and the drama really is more concerned with Helen’s soul than his – she’s a woman in peril, but he’s a guy, so it’s OK.

In an early and unusual speech, Helen and Don specifically address assigned gender roles – success in a woman is odd, in a man it’s a given – and later in another unusually prescient speech Helen talks about wanting to continue living the life of the extended adolescent, something most people in developed countries now enjoy into their 30s.

So there’s interesting stuff in this “piece of junk”, and good performances, by Davis (once she warms up) and by Frank McHugh as Don and Helen’s invariably drunk friend Van.

The film came out on the day that Joan Crawford spectacularly announced her divorce from Douglas Fairbanks Jr and that real-life “young moderns” story bounced this fictional one right off the page. It’s said that this was the starting point for the long-running Davis/Crawford feud, one of Hollywood’s bitterest, swishiest and funniest.

Ex-Lady – Watch it/buy it at Amazon