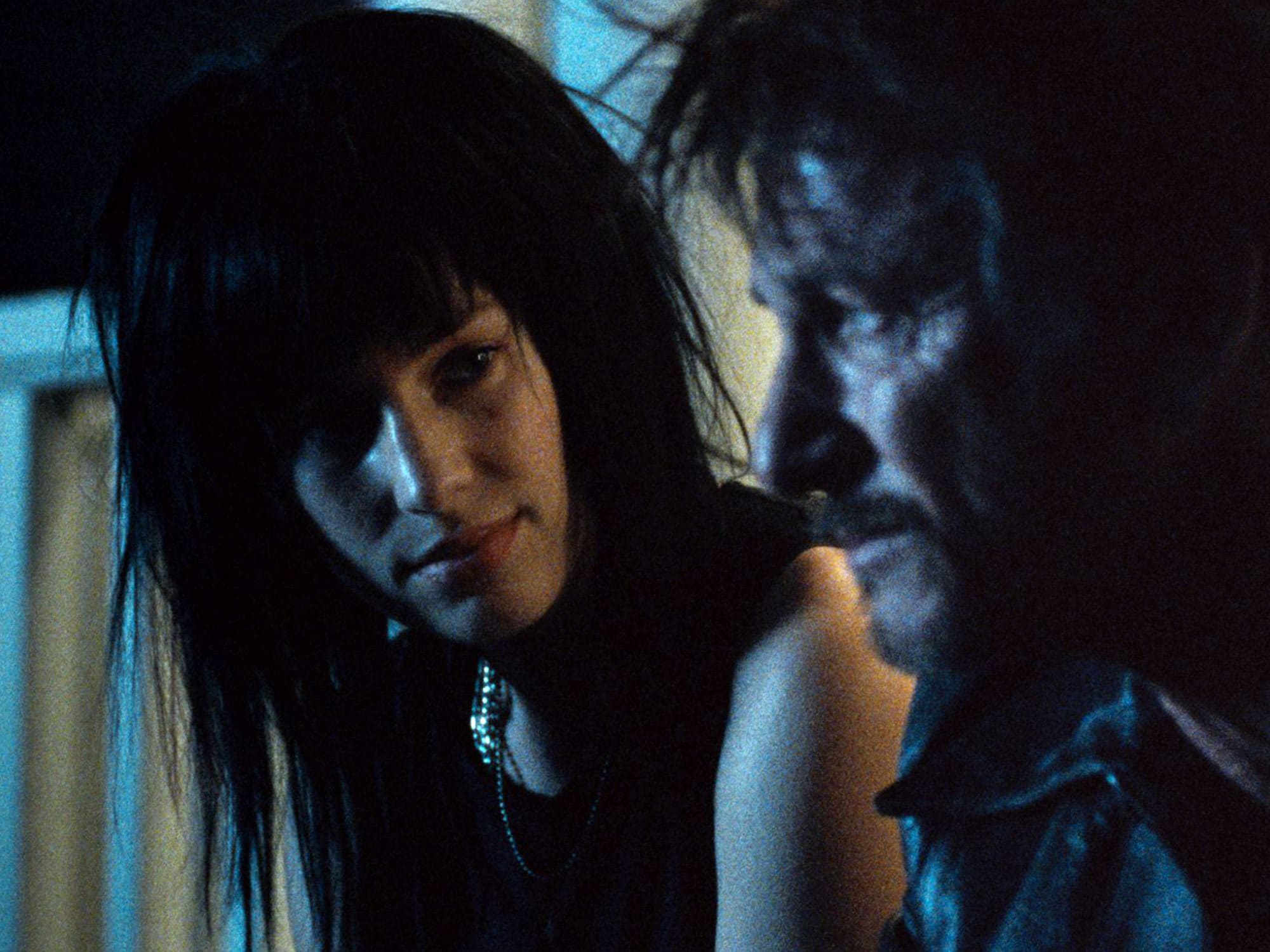 Parenting tips with Sean Penn? Flag Day continues the actor/director’s interest in movies circling around the idea of family. In 2001’s The Pledge, childless, edge-of-retirement cop Jack Nicholson sought redemption by bringing in a child murderer, out of a personal sense of duty to the parents. In 2007’s Into the Wild, graduating student Emile Hirsch rejected the fast track to the top enabled by his wealthy parents and headed into the wilderness to… also seek redemption.

Even if you didn’t like them, both were full of interesting moments and performances. More tightly focused than either of those on the actual parent/child bond, Flag Day tracks the on/off, up/down journey down the decades of charming bullshitter John Vogel (Sean Penn) and his daughter Jennifer (Dylan Penn, daughter of Sean and Robin Wright). It’s her story more than his, though this feckless, self-deluding wastrel of a dad does also have an arc – from two-bit loser to jailbird to wanted fugitive. But we see his story through hers – the insecure kid who loves her unreliable dad but goes to live instead with her alcoholic mother (Katheryn Winnick), grows up to become a goth, before having another crack at living with dad, until that also goes wrong and Jennifer eventually realises she has to forge her own path.

She’s a real person, Jennifer Vogel, who did indeed live this life, wised up, got educated, became a journalist and went on to write the book of the film, Flim-Flam Man: A True Family History. It’s been adapted by Jez Butterworth and his brother John-Henry, and the parallels with Jez’s play Jerusalem – charismatic waster, neglected child – are there, as is the powerful sketch of the time and place where the events play out.

In Butterworth’s case that was backwoods England; in Penn’s it’s two-bit America, a place of just about getting by, a state of being etched across Sean Penn’s lined, strained face as John cranks himself into action for the latest get-rich-quick ploy that will demonstrate, to an entirely indifferent world, just how John is better than the rest of them. Jennifer just wishes he’d get a job.

Sean Penn is very good as the live-for-the-minute, crackerjack dad and Dylan Penn avoids trying to match him with Method style angst, a decision that’s not just wise in terms of family dynamics but works on the screen. Nice also to see Hopper Jack Penn, brother of Dylan, as her screen brother. He’s the spit of his dad, especially once the facial hair arrives. Penn: the Next Generation.

It’s potentially incendiary material, hand-wringy at the very least, the raw material of a misery memoir. But director Penn approaches it all from an unusual angle – this is as wistful, poetic and intimate a portrait of a life skidding along half-derailed as you’re likely to see. Penn and DP Danny Moder keep the cameras up close, right in the faces of the actors. The soundtrack is drenched in Americana – Bob Seger, Crystal Gale and America, and there are new songs by Pearl Jam’s Eddie Vedder and Glen Hansard, a clutch by Cat Power. All are tender and sad songs of loss and potential unrealised. This is a film where music really sets the tone.

It is a Paradise (Childhood) Lost story, and the further back into the past the story reaches – Jennifer is a 1970s kid – the more it is bathed in a golden glow, light flaring in the lens as if a particularly upbeat Coke commercial were about to get underway.

It’s a case of two familiar genres for the price of one. There’s no shortage of “how I became a writer” movies, nor “my shitty childhood/my crazy dad” ones but Flag Day comes at the story of Jennifer Vogel in a surprising, and surprisingly effective, way, wringing the changes on what might have been generic by playing up the love and playing down the bad stuff. High drama on the downlow.

Director: Sean PennWriter: Jez Butterworth, Jennifer Vogel, John-Henry ButterworthStars: Mitchell McCormick, Tom Anniko, Dylan PennSummary: Jennifer Vogel's father John was larger than life. As a child, Jennifer marveled at his magnetizing energy and ability to make life feel like a grand adventure. He taught her so much about love and joy, but he also happened to be the most notorious counterfeiter in US history. Based on a true story and directed by Sean Penn, Flag Day stars Penn and his real-life daughter Dylan Penn in an intimate family portrait about a young woman who struggles to rise above the wreckage of her past while reconciling the inescapable bond between a daughter and her father. —Anonymous