Aardman, the animation house that gave us Wallace and Gromit, announced the ending of their collaboration with DreamWorks (Shrek) just as Flushed Away was released. And watching it, you can understand why. High on sentimentality and laden with backstory, it’s a DreamWorks movie with Aardman touches, rather than what Aardman probably hoped for – an Aardman movie with DreamWorks muscle behind it. A good movie that could have been a great one, in other words, though the good stuff makes it worthwhile. The over-complicated story tells the tale of Roddy St James, a privileged London pet rat (voiced by Hugh Jackman) who gets “flushed away” down the toilet and into the sewers, where he meets Rita (Kate Winslet), an attractive scavenger rat. And before you can say “mismatched buddies” or “unlikely lovers” the pair of them are being pursued by heavies (Andy Serkis, Bill Nighy) working for subterranean gangster The Toad (Ian McKellen). It’s around this point that Roddy calls for the help of his laidback French mercenary cousin Le Frog (Jean Reno) and his team of crack ninjas to help him. Was this before or after they returned to Roddy’s gilded cage in Kensington, for some time-wasting to-and-fro between Roddy, Rita and Sid (a low-rent sewer rat voiced by Shane Richie)? I don’t remember.

As with Aardman’s Chicken Run and all their Wallace and Gromit output, film parody and film reference provide texture and a little something for adults to enjoy. And as well as an eclectic, well chosen soundtrack taking in Billy Idol, Elgar and Tom Jones, it’s got a perky script with salty highs – “I’ve got a bum like a Japanese flag” someone says at one point – which seems to have survived the rewrites that Dick Clement and Ian La Frenais’s original draft went through, presumably to inject the sort of brassy heroism and “follow your dream” ethos that Clement and La Frenais have not built a career on.

The stop-motion claymation is out too, replaced by bright, clean CG, that does pay lip service to the quirkiness of the original, and doesn’t disgrace itself in its big set pieces, particularly the finale when the final of the World Cup between England and Germany (another plot strand) threatens to wipe out all life in the sewers.

Kate Winslet and Hugh Jackman do what they can with characters that aren’t all that memorable, symptomatic of the film itself – it’s minor characters such as McKellen’s Toad and Reno’s Frog who delight, vocal asides that amuse, throwaway details that enthral. When the best of Aardman is allowed to come through, in other words.

Flushed Away – Buy it/watch it at Amazon 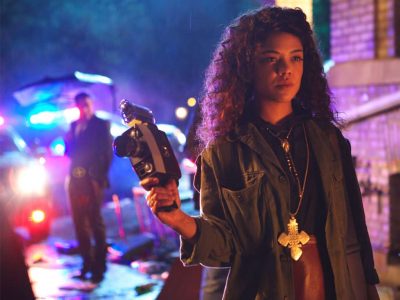 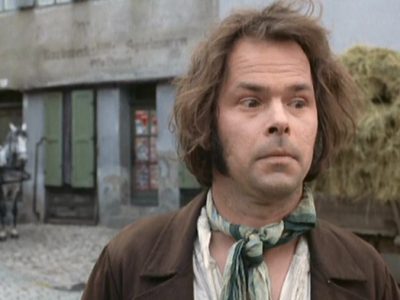 The Enigma of Kaspar Hauser