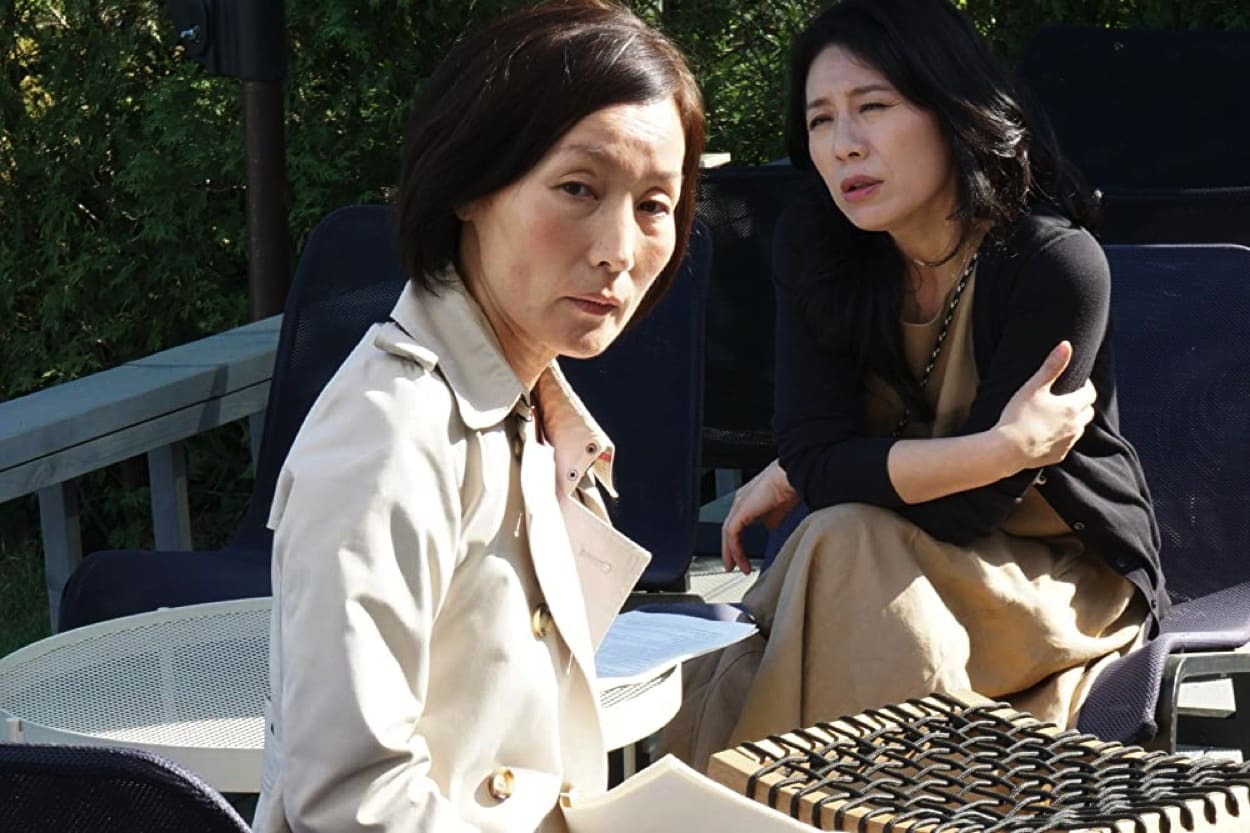 In Front of Your Face

A poet of the mundane, Hong Sang-soo’s films are meditative, ordinary, commonplace affairs, static of look, unhistrionic in delivery. Boring as hell if viewed through your Marvel Cinematic Universe goggles. But look at a film like In Front of Your Face through the same eyes you use for everday life and a whole other world opens up.

Two sisters. Korean. Reunited after one of them, formerly an actress, returns to her native land to visit the other. Sang (Lee Hye-yeong) seems slightly withdrawn, is given to muttering mindfulness mantras to herself but seems largely at peace with the world. Her sister, Jeong (Jo Yoon-hee) is delighted to have her back and together the two of them reminisce, eat breakfast at a nearby cafe and go to look at some new high-rises where Sang might, if she decides to stay and not go back to the USA, buy an apartment.

Later, Sang mooches about town, visits the place where she grew up and then finally has a meeting with a director who wants to shoot a film with her, that’s if she’ll come out of retirement.

Why is Sang back in Korea? This being a movie, writer/director Hong knows an answer is already forming in the air over Sang’s head – because she’s dying. And that possibility (it is no more than that) gives every tiny encounter – a piece of toast, a hugged child, a glass of hooch – a weight it wouldn’t otherwise have.

I’ve only seen one other movie by Hong, Nobody’s Daughter Haewon, and this works in a very similar way – not much happens until it suddenly does, with Hong shooting everything flat and head-on, in long lockshots during which one character talks to another in a loose way, about seemingly inconsequential subjects, though in the weeds of subtext manoeuvres are being made and positions are being taken. It’s like the stamping around and shuffling bit of a sumo fight, before the two contestants engage.

And then suddenly the move is made and it’s all over.

There is no music, there is scarcely any editing and the fact that an actress is playing an actress, and that the film eventually comes to a sotto voce climax in an encounter with a director suggests that Hong isn’t trying to reach out beyond his comfort zone. It was the same in Nobody’s Daughter Haewon – an actor and a director featured prominently and the film peaked dramatically in an encounter at a restaurant.

From reading around the subject it seems that this is standard operating procedure for Hong. Actors and directors often feature as characters. And he tends to work in the same way each time, hashing his movies out with his cast in a haze of cigarettes and booze, writing them on the hoof, changing stuff at the last minute. What you see on the screen isn’t far from what’s going on behind the scenes.

The collaborative working method sounds a little like Mike Leigh’s, though the end result is different. In In Front of Your Face the more inconsequential the chat gets, the more powerful it becomes. Hong’s technique turns the viewer into an eavesdropper and it’s particularly notable that it’s the zoom lens he turns to for technical effect, just now and again, as if to emphasise that we’re listening in like spies on a stakeout.

It’s incredibly intimate but does require a certain amount of reading between the lines. It’s not for everyone, that’s for sure. I had a look at the website of streaming service Mubi – purveyors of arthouse cinema to the discerning – and alongside comments by viewers describing the film as “profound”, “authentic”, “meditative” and “subdued” there was one who commenter who pitched in with an “incrediby dull and boring, plotless film”.

I bet Hong would smile at that.

In Front of Your Face – Watch it/buy it at Amazon