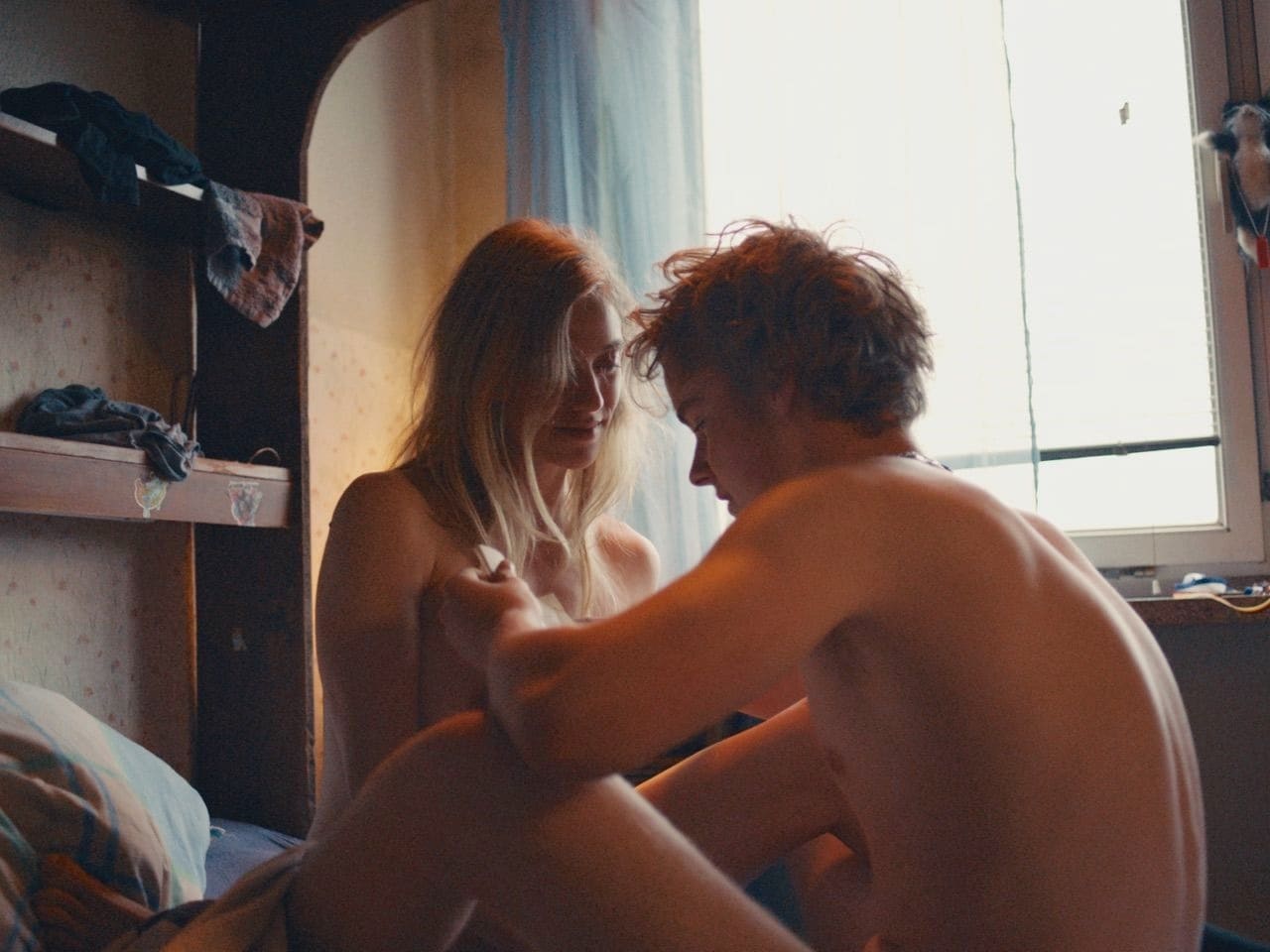 A former ballerina embarks on an intense sexual relationship with her own son. That bald plot outline of Grand Jeté doesn’t give any sense of the almost tactile intensity of Isabelle Stever’s film, a drama driven by emotion rather than events. Plot junkies might need to sit this one out.

But for those who like mood and texture, Stever is the real deal, a director with a precise control of the warp and weft of film-making, with a camera that’s almost subjective in its shallow focus on its subject and its interest in the minutiae of everyday life. She follows, in an almost furtive documentary style, Nadja (Sarah Grether), from the practice room where she now sternly teaches young ballerinas, back to the house where her mother has raised the child she gave up so she could pursue her career. And now, no longer able to perform because of an injury, Nadja is back in the life of a son who has been doing fine without her.

In quick and dramatic jumps, Nadja and son Mario (Emil von Schönfels) progress from swapping meaningful looks to an intense sexual relationship all the more remarkable for the tenderness with which Stever presents it. So many soft close-ups, so many warm colours, plus a sound design (by Christian Obermaier) that whooshes and sighs and burbles.

Locational specifics are scant and it’s difficult to know where in the world or when in time this is all taking place. But personal specifics are many – the scars on Nadja’s body, the eczema on her neck, the tufts of an incipent beard on Mario’s chin. Hair. Feet. Calves, lots of calves.

Non-predatory incest among family members who have suddenly been reunited after prolonged separation isn’t unusual – the taboo against having sex with kin has never been developed and as Stever is at pains to show in scenes between Nadja and her mother, Hanne (Susanne Bredehöft), family life is an intimate affair even when it’s not sexualised.

Histrionics are mostly avoided in the performances of Grether, who is a dancer and choreographer and whose obvious physicality lends plausibility to her role. But her big saucer eyes and deadpan hungry look suggest psychological aspects to her relationship with her son – he’s perhaps filling the void left by the disappeared career. Quite what’s in it for Mario is left hanging to an extent. In a strange scene designed to even out the balance, Mario is shown as having found his own way of disciplining the body. Even so, Emil von Schönfels’s diffident performance adds the merest suggestion that maybe what’s really driving Mario is his inner teenage horndog.

The grand jeté is a dance term – the “splits in space” is what Wikipedia usefully calls it – and at one point Nadja explains to her students that when it’s done properly the dancer should appear as if stopped in time and space. Betwixt and between, as Nadja is. The film itself, spare in terms of dialogue, could almost be seen as a dance piece divided up into movements. A carnal Swan Lake with intense pas de deux and equally intense solos.

Considering how prevalent incest is, it’s odd how under-explored it is in drama, except defensively as a joke or as a warning (the inbreds of Deliverance spring to mind). Grand Jeté shares some ground with the British movie from 1991 Close My Eyes, which saw Saskia Reeves and Clive Owen as a brother and sister who couldn’t keep their hands off each other. Like Grand Jeté, Close My Eyes was also on the side of the lovers.