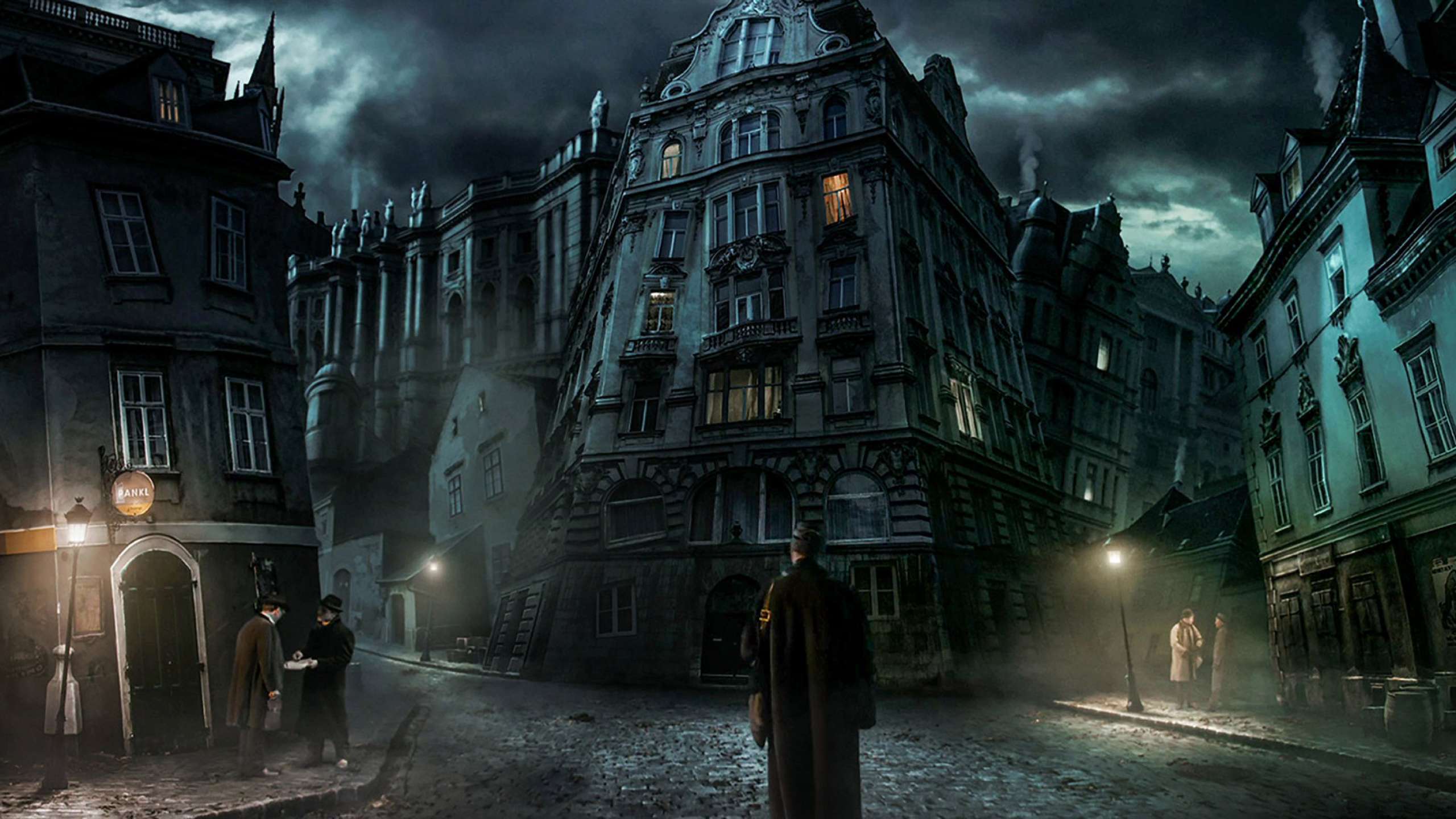 “The war is lost,” intones a sombre voice in German as the lights come up. We’re in Austria after the First World War where a soldier just back from an extended stretch in a Soviet prisoner of war camp is acclimatising himself to life back in Vienna.

He was a cop before the war and now he’s back on home turf he’d like to be again. Which is handy because there’s a killer on the loose, offing people in floridly extravagant ways – one man pinioned to a post by a large number of stakes, another with all of his limbs removed save for one thumb, another eaten from the waist down by rats.

All in a Viennese whirl, Peter Perg is the cop with a troubled background – PTSD from his time in the camp, not to mention fighting in the war – and is also a man finding his past coming back to haunt him. Perg is a familiar character if you’ve watched any TV cop shows but he’s played in refreshingly dour fashion by the meaty Murathan Muslu, a native of Vienna who usually specialises in gang bosses or thugs of a rentanethnic sort, but here gets a good guy role as the ex-cop quick to anger but smarter than your average plod.

The presence of Liv Lisa Fries, star of Babylon Berlin, only reinforces the impression. As a police pathologist – the war has opened doors to women that were previously shut – Fries’s role as a woman doing a “man’s job” is not only familiar (she’s a female cop in Babylon Berlin) but Fries plays Dr Theresa Körner much as she played Charlotte Ritter: as coquettish, clever and confident.

It’s not much of a role, truth be told, though she gives it her best shot, and is the “explains it all” presence in a story that increasingly starts to resemble Seven, as lightly rewritten by Agatha Christie.

Hinterland’s claims to specialness derive from its use of green screen, which are unusual and bold, though even bolder might have been better. Even in big fantasy movies, like Doctor Strange in the Multiverse of Madness, green (or blue) screen is used to create plausible (though often fantastical) worlds. How refreshing to see all that realism junked, and instead forced perspectives and vertiginous backgrounds embraced. The influence of Expressionism is obvious, and a nightmarish Cubist atmosphere is the result.

The production design (by Andreas Sobotka and Martin Reiter) and cinematography (Benedict Neuenfels) add a murky unsettling vibe to the Expressionist looks, and Kyan Bayani’s score heavy on the clanks, booms and whistles is also heading in the same direction.

There’s a lot of talent here, all marshalled very efficiently by director Stefan Ruzowitzky, who has good actors to work with, and there are moments when the whole thing really does fly, generally when it’s at its most gruesome.

If only the story was a bit less generic. The blanket of familiarity lies heavy on the whole enterprise, so that by the time the big shock reveal comes near the end, you will either have worked it out half an hour earlier, or started wondering what you’re going to have for dinner.

Hinterland – Watch it/buy it at Amazon