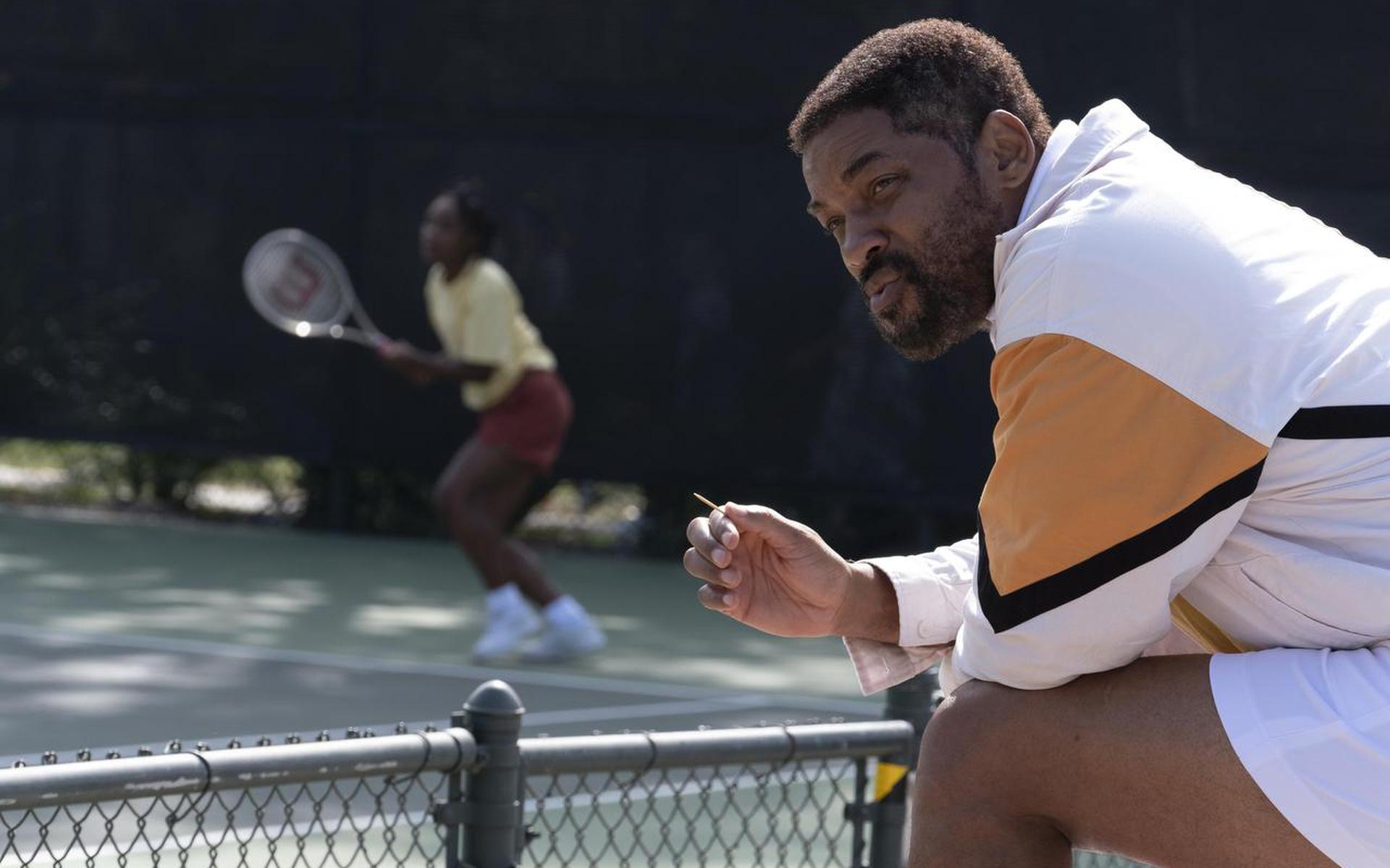 Not taking many chances, but not making any mistakes either, King Richard is a grown-up Hollywood movie made in the classic style – no tricks, no experiments – with a solid Will Smith at its centre, as Richard Williams, the driven father of tennis superstars Venus and Serena Williams.

The Williams sisters have exec-producer credits on the film, so don’t come expecting dirt. Don’t expect this to be a biopic about the tennis phenomenons either. It is what it claims to be: the story of their father as he hustled his daughters to the top. And it shows us what it takes to get poor kids from Compton, LA, to pole position on a circuit dominated by rich white people willing to spend and risk everything to get their offspring an advantage in a prestige sport.

The route led through many rejections from coaches, until eventually Paul Cohen (Tony Goldwyn) and later Rick Macci (Jon Bernthal) stepped in to take the sisters’ game on from where Richard and his wife Brandy (Aunjanue Ellis) had got it thus far. Since Cohen was McEnroe and Sampras’s coach and Macci was at the time masterminding Jennifer Capriati’s development as a player, this in itself was quite an achievement.

It is a “he did it his way” story. Neatly delineated by Smith, Richard Williams is a bullheaded, infuriating, charming man with a keen sense of when he’s being patronised, particularly by rich white guys whose own hustle is more fragrant, less street. The route to the top lay through putting budding tennis stars of the future through endless junior tournaments, so the theory went, but Richard wanted his kids to have a childhood, get an education and not become slaves to the tennis circuit – he wanted them to enjoy playing the game, and so perhaps avoid burnout. So he pulled them off the circuit and simply let them train, irritating the money men with sponsorship lures who swarm around young tennis players from almost as soon as they hit puberty.

Zach Baylin’s screenplay takes a hierachical approach to character. This is about Richard first and foremost, then the sisters (the older Venus first, then Serena), then the wife, and then the other members of the family (sister Tunde gets a look-in, none of the rest do). And he’s also disciplined when it comes to his themes – the hustle (Richard), the tennis (the sisters) and the surrounding politics. The 1992 Rodney King beating turns up on a TV set in the background; in Compton the local residents are as suspicious of the achievement-focused Williams as he is keen to get away from the dealing and the low expectations of the ghetto mentality.

Baylin does not over-emphasise, recognising, perhaps, that the people who will most want to watch this film are people who already know the background. In spite of the fact that the likes of Arthur Ashe, Yannick Noah, Zina Garrison and other black players had already been there, done that, the Williams sisters were something else entirely. Baylin knows we know that.

As Venus and Serena, Saniyya Sidney and Demi Singleton are plausible as players, as sisters and as young women full of talent for the game and enthusiasm for life. What they really thought about their father, a martinet and blowhard at his worst, is clearly another story for another day.

There’s a hole in King Richard where the “arc” of its main character should be. As he starts out, so he finishes, Richard Williams not deviating an iota from the character we first meet in Compton at the film’s outset. Luckily, the story of the Venus’s rise, and in particular her first tournament as a pro, aged 14, when she got scarily close to beating the world number two, Arantxa Sánchez Vicario, steps in.

As said, it’s not about the sisters, it’s not a tennis movie, if it were, the younger and ultimately more successful Serena would feature much more fully, though there is tennis in it. Director Reinaldo Marcus Green handles those sequences well, his camera loping around the court, catching the balls rocketing over the net, and so does Saniyya Sidney, who trained for 12 months to be a convincing young Venus.

Ultimately King Richard vindicates Williams’s approach to coaching his daughters by keeping them off the circuit. Whether Venus and Serena would have done it anyway the other way we’ll just never know.