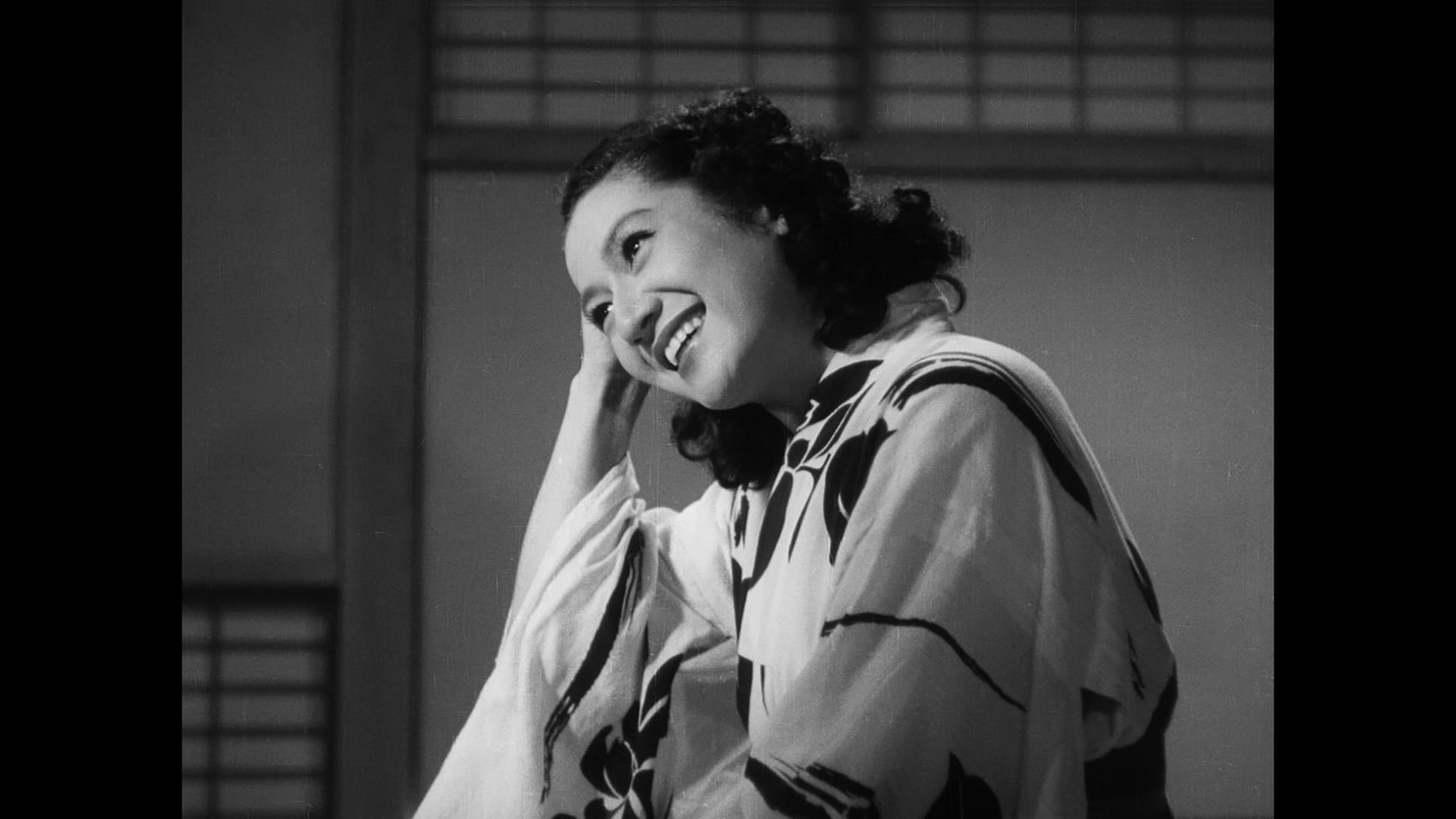 Late Spring is the title and late spring is the condition of its central character, a woman who, at the advanced age of 27, is almost too old for marriage – she’s in the late spring of her adult life.

It’s 1949 and in Japan the American occupiers are running the show after the end of the Second World War. 27-year-old Noriko is the smiling, gracious, pretty and dutiful daughter of kindly widower Shukichi (Chishû Ryû). As far as he’s concerned she’s perfect in every way except one – she really doesn’t want to marry. When Noriko meets one of her father’s old colleagues, a man who has recently remarried, she tells him that this makes him “unclean”, smiling all the while and getting away with it possibly because she’s pretty and the old goat fancies her.

Noriko also worries about her worldly friend Aya, who’s also been married once before and would like to do it again. When another friend of Noriko, Aya (Yumeji Tsukioka), comes to call, her father twinkles at her. He also twinkles at local widow Mrs Miwa (Kuniko Miyake) when he and Noriko go to the Noh theatre. Noriko isn’t just peeved by this, she’s almost beside herself with upset.

What is Noriko’s problem?

Unsurprisingly, marriage is what the first of Yasujirô Ozu’s Noriko trilogy is all about. They all star Setsuko Hara as Noriko, a fantastically vivacious and endlessly sympathetic actor, which is handy because on paper Noriko comes across as a weirdo. Hara plays a different Noriko in each film – Early Summer and Tokyo Story followed in 1951 and 1953 – but in each case she’s a young woman wrapped up in a pressing social issue.

Ozu is working in the tradition of Japan’s shomingeki genre, usually translated as “home drama” – everyday stories featuring recognisable people – but brings his own distinctive look to it, shooting in black and white with his static camera almost invariably hovering near floor level. Perhaps a cinematic equivalent of Noh is his intention, an austere, intensely formalised style of theatre richly layered with allegory and symbolic meaning.

Noriko goes cycling one day with Hattori, the handsome assistant to her father. At one point they talk about what sort of a knife you need to eat pickled radish. It is likely the conversation isn’t really about pickled radish. Later, at Aya’s place, Aya has made shortbread, but Noriko is reluctant to eat it. Aya threatens to force it down her throat. Again, shortbread is not really what the discussion is about.

The brilliant thing about Late Spring is that it works absolutely fine as simple story about a woman who doesn’t want to marry, while everyone around her seemingly does. But, with the American censor hovering over Ozu’s shoulder, it also functions as a commentary on modern Japanese society, a country operating as a vassal state where one way of ducking the embrace of consumer capitalism (shortbread) is by a reversion to traditional behaviour.

Unlike a lot of “best films of all time” in Sight and Sound’s once-a-decade poll, Late Spring is unusually easy to watch. It’s like sitting down to an episode of a favourite soap opera. Ozu, using his famous “pillow shots” (moments that have nothing whatsoever to do with the plot), even gives us time to absorb what we’ve just watched, before he carries on.

If you’re going to watch it, go for the 4K restoration, which is lovely in parts, a bit low on contrast here and there, a bit blown out in the highlights in others – but the best you’re going to get considering the state of the original elements. Japanese films of the post-War era were under-financed and often cobbled together, which explains the tinny sound, though the score is there in much the same way as the pillow shots are, to induce a reflective state of mind. That said, the dialogue is perfectly clear. It’s the intent that’s behind it that’s a bit murky.