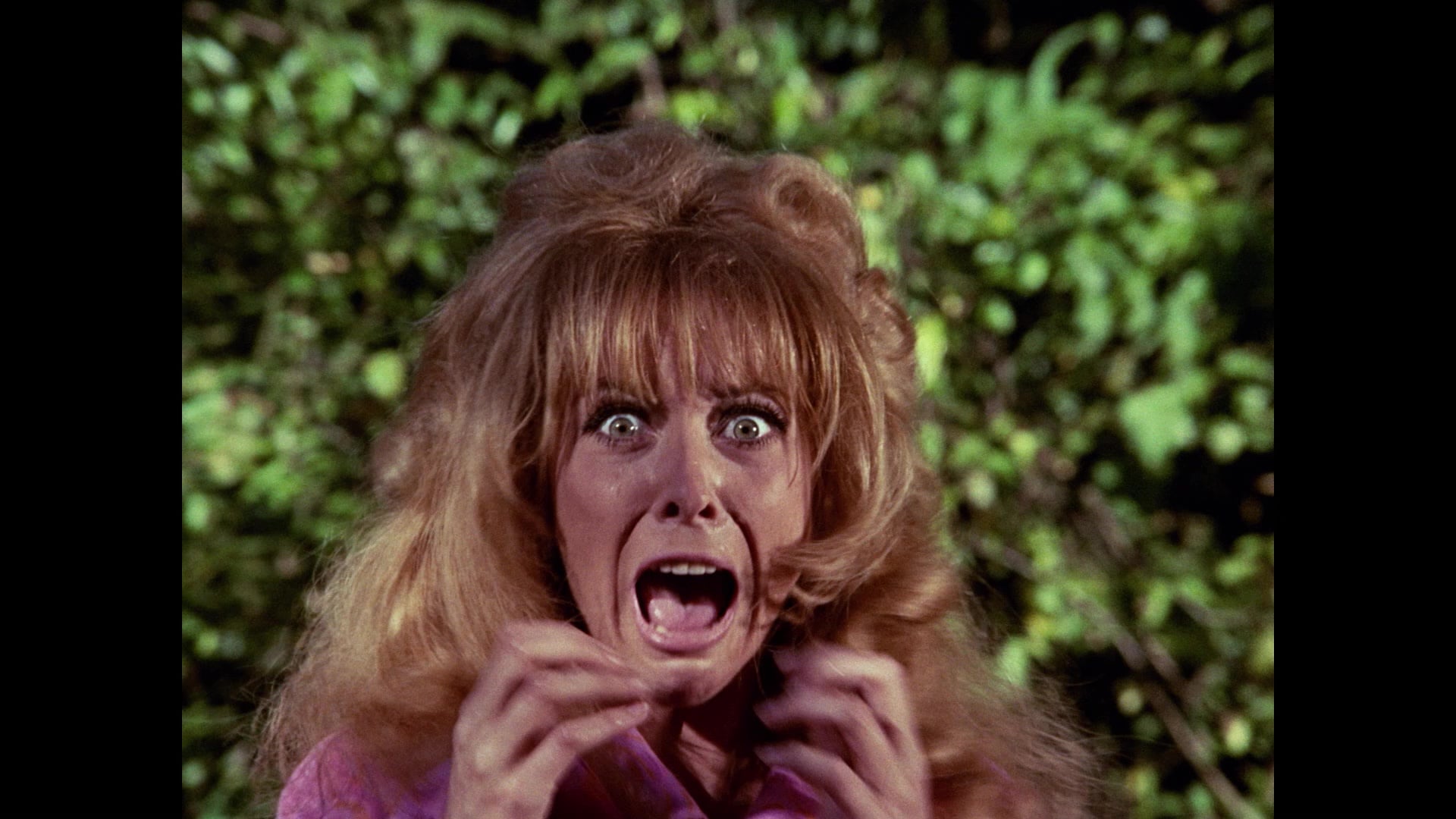 There’s no point pretending that Mad Doctor of Blood Island is any good. It isn’t. It has its moments but on the whole it’s a waste of time unless you watch it as it was meant to be watched – in the car at a drive-in playing tonsil hockey with whoever.

The Filipino grind-em-out production house Hemisphere Pictures as good as tells us this in a short preamble before the film proper gets going. Here – against a backdrop of teenage couples wrestling in an approximation of cinemagoers making out – an overly serious voice implores audience members to repeat an oath while drinking the green serum that’s thoughtfully been provided for them (a gimmick straight out of the William Castle playbook). This, the voice tells us, will inoculate everyone against a fate worse than death – being turned into a green-blooded creature, a chlorophyll monster.

Cue credits, cue movie. But before we get into the action (not much of that) proper, another bit of pre-game titillation, this time more a suggestion of what’s to come. A pretty and entirely naked young woman flashes across the screen. A monster, an assemblage of carpet offcuts, moss and twigs, pounces. Much pulsing of the zoom lens. Screams. Offal.

Mad Doctor of Blood Island is the third of four movies in the Blood Island series and, like the other three, is a loose adaptation of HG Wells’s story The Island of Doctor Moreau. The original story tells of a mad doctor whose experiments to hybridise humans and animals lead to monstrous results. Here, the idea is human/plant hybridisation, and though there are two doctors in this story, it’s the one who actually lives on the island who we need to keep an eye on, though the writers and directors fatally treat Dr Lorca (Ronald Remy) as a bit of an afterthought.

They’re much more interested in the toothsome (and white!) couple arriving on the island by boat. Dr Bill Foster (John Ashley) is there on some medical assignment, while Sheila Willard (Angelique Pettyjohn) is there to repair the relationship with her estranged father (Tony Edmunds), a man who is introduced as a catastrophic alcoholic, then conquers his affliciton within minutes before setting off on a journey into the background until he becomes invisible.

This leaves the stage for Bill and Sheila, and since Sheila’s tits are cantilevered out at a crazy angle it seems inevitable that Bill will notice them at some point. Meanwhile, in a shadowy parallel, another potential for naked fun is introduced, in the story of returning handsome local boy Carlos (Ronaldo Valdez) and Marla (Alicia Alonzo), the pretty young women he knew as a little girl who’s now not so little any more.

Both women will get their turn to bare their bits. In between, there is the monster out in the woods to consider and a series of deaths of local men – more offal – confirms that the creature is not to be trifled with.

A lot of the film feels like its inspiration is films from the 1930s – ones set in Darkest Africa, where primitive rituals keep monsters at bay and white people dabble at their peril. Or perhaps old zombie flicks, wherein native people dance in licentious fashion to placate some angry deity. And there is, half-heartedly, some sort of racial angle being offered up for analysis by writer Reuben Canoy, and directors Gerardo de Leon and Eddie Romero (no relation to George, whose Night of the Living Dead was in the process of giving the drive-in movie a shot in the arm). Co-opt away, if racial subtext is your thing, but there are more interesting movies to spend time with.

Does the frantically pogoing zoom lens of the very able DP Justo Paulino (lovely sharp cinematography) reflect a departure from the world of the white and rational and an arrival in the realm of the non-white and savage? It certainly looks that way. Or maybe Paulino is deploying it for another reason – that chlorophyll creature doesn’t take close examination.

Nothing really does, though. There’s a lot of deadly dialogue, the boom microphone swings into shot now and again and there’s much that is downright nonsensical. But there is also a mad sense of kitsch at work in here somewhere, a “fuck it, let’s do it anyway” approach to cash-strapped film-making that is laudable. The world doesn’t need drive-in movies any more, but if terrible cheap movies are going to continue being made, they might as well be made by people who are enthusiastic and have a mad gleam in the eye.

Mad Doctor of Blood Island – Watch it/buy it at Amazon