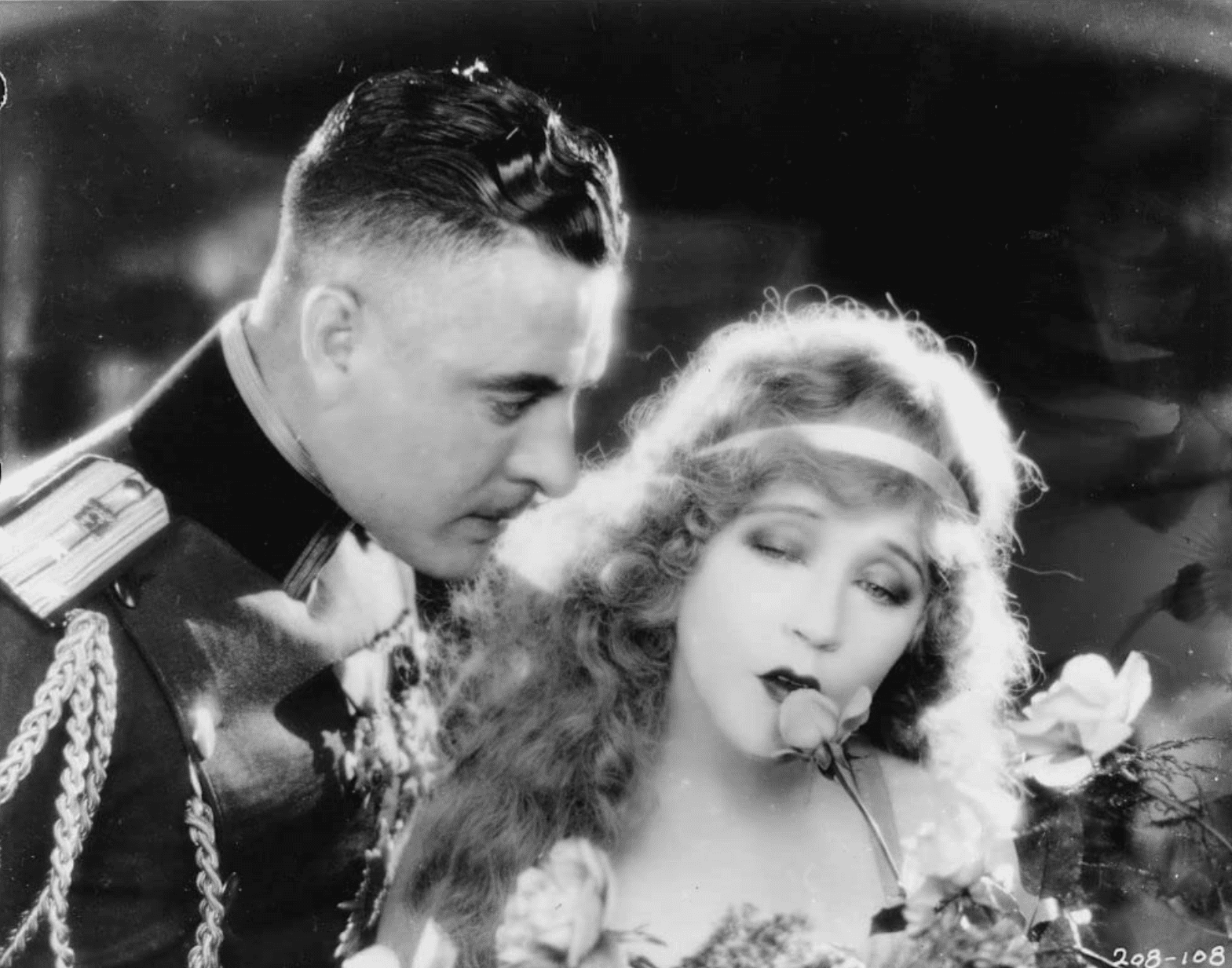 The Merry Widow. In the 21st century the title creaks and the concepts of merriness and widowhood seem strangely out of step with modern life. And yet, 100 years ago The Merry Widow was quite the thing.

The huge success of Franz Lehar’s 1905 operetta is what prompted film versions, which popped up regularly in the early decades of the 20th century. First up was Michael Kertézs’s 1918 version, made in Hungary before the director emigrated to the United States, where a name change to Michael Curtiz and a long career (including Casablanca and Mildred Pierce) awaited. The IMDb is currently describing Curtiz’s Merry Widow as a musical, which is quite bizarre considering it’s a silent movie.

Nor was he the only director of stature to have a go at it. Ernst Lubitsch made a version in 1934, with Maurice Chevalier and Jeanette McDonald in the leads.

Sitting pretty much midway between the two of those is Erich Von Stroheim’s 1925 version, his fifth film after parlaying his popularity as a hissable actor – “the man you love to hate” – into a directing career defined by spectacular flamboyance and a dedication to realism that eventually destroyed him.

As well as blink-and-miss-em roles for stars of the future Joan Crawford and Clark Gable, 1925’s Merry Widow was notable for being the breakthrough of John Gilbert in a role that sees him playing the libertine gadabout prince of the ruritanian kingdom of Monteblanco, who catches sight of a pretty American dancer on tour in his country, decides to put his usual bed-and-forget tactic into play and then falls horribly for her. As does his despicable cousin, the Crown Prince – a particularly fine boo-hiss Roy D’Arcy – and a rich elderly baron (Tully Marshall). Sally O’Neal (Mae Murray) clearly has moves.

Who will the fair Sally go for? It’ll be John Gilbert as Prince Danilo, of course. Gilbert, was known as the “The Great Lover” in a short career that saw him dead of booze at the age of 38. But here he’s all charm, charisma, virility and versatility in a story of mistaken intentions that comes laden with platefuls of pathos, especially once the king and queen expressly forbid the marriage of a royal to a commoner, and Sally marries the doddery old baron on the rebound.

Sally is a feisty modern girl is the big idea and Murray’s switches between flapperish can-do and pre-raphaelite drowned-maiden theatricality can’t bury that idea. The men in this film are a complex mix of dick-driven lust (well turned ankles feature so often that the suspicion lurks of a shoe fetish in Stroheim), honour and persistence, with much of the first half of the film consisting of the Prince’s attempts to get Sally out of her clothes, and Sally doing her best to resist. Modern she may be, but flowers, caviar and dinner in the prince’s private suite (though, true to the operatic plot, she doesn’t know he’s a prince) all have a way of working their magic.

The film is too long, with Stroheim staying on this stage of the tortuous love story longer than necessary. Sally’s marriage to the Baron, by contrast, comes and goes in a blur, and her subsequent charmed life as the “merry widow” all Paris is talking about is also a bit brief, considering it’s the film’s title.

The quality of what’s left of the film is highly variable, foggy here and there, pretty sharp in other places, with wear marks and pops all over the place. The two-strip Technicolor version of the grand finale has disappeared, sadly, and the one you can find on YouTube is just the monochrome one you’ll see here, except colourised in a vague approximation of the original.

It’s a very watchable film nonetheless, thanks in part to von Stroheim’s intelligent, psychologically astute direction, his technique of intercutting between characters at significant moments and his way of mixing in unusally fluid (for the era) camera movements along with the standard static-camera set-ups.

Von Stroheim does not go mad with the sets. There are a couple of spectacular ones to top and tail the film but this is, for him, a low-key affair. Having had his wings clipped while making Greed – his intention was for an eight-hour epic; the studio thought otherwise – he’s making amends here, turning in what was required rather than what he wanted to produce.

The Merry Widow – Watch it/buy it at Amazon