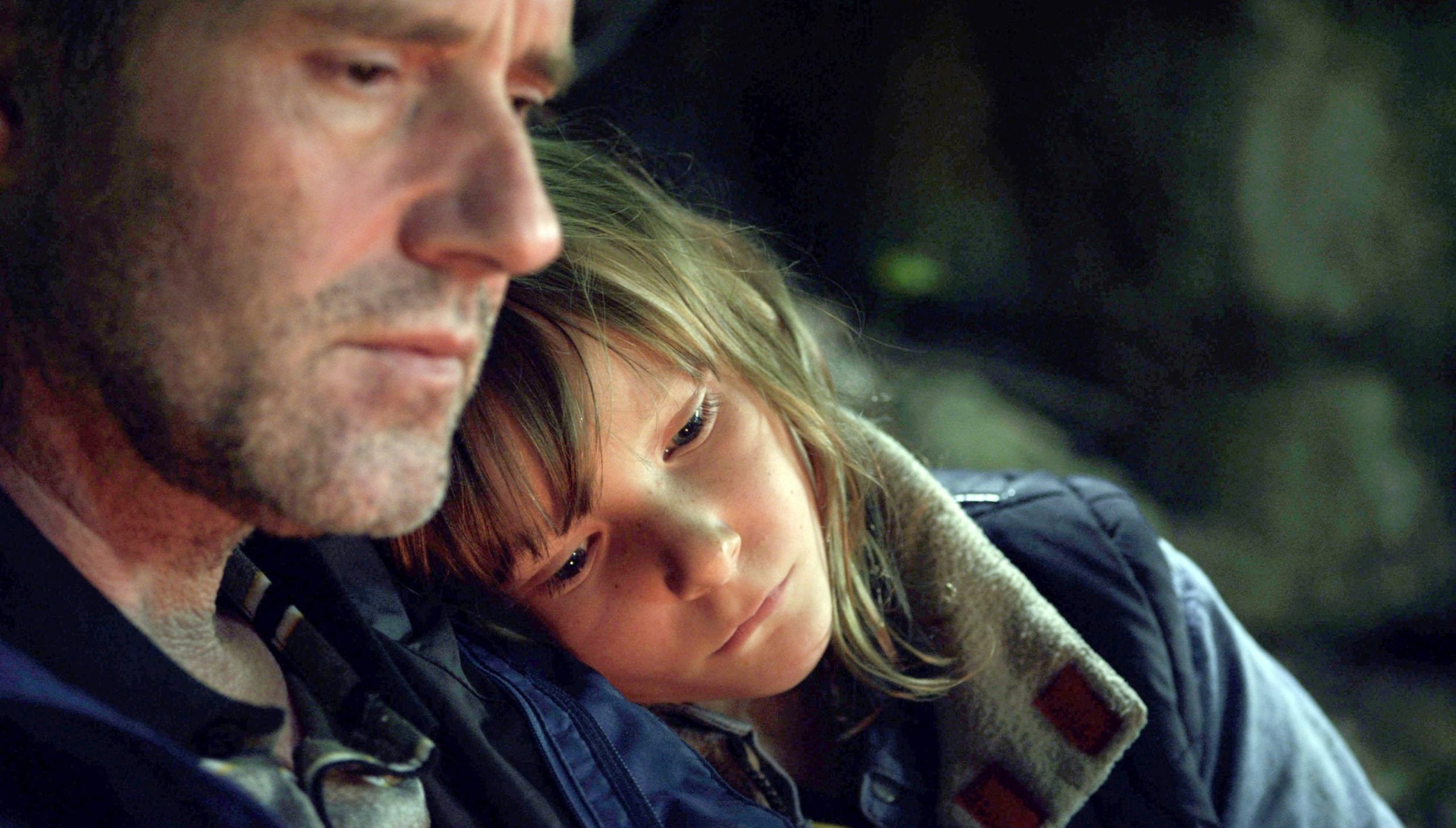 At first glance One Minute of Darkness, last of the Dreileben trilogy, seems to be the most straightforward of the lot. A honest-to-goodness cat-and-mouser. On the one hand the escaped murderer Molesch, who has been little more than a bad smell in the first two films. On the other a cop on a mission to bring Molesch in, in spite of the fact that he’s ill and on leave.

It’s deceptive, though, and the deception starts with the opening shots, of Molesch in custody being driven to a police station. This, it seems obvious, is a continuation of the previous instalment of the series, Don’t Follow Me Around (Komm Mir Nicht Nach), the one where Molesch was caught in a honey trap set up by a criminal psychologist. Wrong. What we’re watching is actually a preamble to the first story, Beats Being Dead (Etwas Besseres als den Tod), the one where a guy doing his military service in a hospital started a relationship with a chambermaid from a nearby hotel.

Compromised timelines are what writer/director Christoph Hochhäusler’s film is all about. The title refers to a missing minute of CCTV footage harvested from the scene of Molesch’s original crime, some years before. A woman desperate to get away from a man enters a hut. He follows implacably. A gap lasting one minute. The image returns and the woman is dead. It seems obvious that Molesch killed her.

Hochhäusler makes a strangely meandering film out of this setup – after Molesch escapes, the “action” (very little of it) breaks down into two distinct spheres of operation. Out in the forest with Molesch, where he’s ducking for cover when the police dragnet gets a bit tight, breaking into houses, stealing hikers’ sandwiches and eventually making a friend in a runaway child (Paraschiva Dragus) who might just be a figment of his imagination, or some woodland mythical creature, or just a kid. Meanwhile, another solitary male, cop Markus Kreil (Eberhard Kirchberg), attempts to track his man, literally stumbling from one revelation to the next, thanks to an unspecified ear condition that affects his balance.

As Molesch, Stefan Kurt finally comes into his own as the fugitive who’s committed a terrible crime. As with the timelines, there is something guarded about Kurt’s performance as Molesch. The fugitive is clearly disturbed, and from an anguished early scene in which we see him confronting the dead body of his adoptive mother it’s clear there is something in Molesch’s past that might go some way to explain his bizarre behaviour. He mutters to himself, talks to imaginary people, and at one point takes off his shoes and immerses his bare feet in an anthill, mewing esctatically as the ants bite.

A sympathetic character then? Not quite. Nor is the cop, who spends most of his screen time alienating the people around him – colleagues, his son, his wife.

It is a lot tenser than I’m making it sound, thanks to Reinhold Vorschneider’s nervous camera, Bert Wrede’s thrumming score and some urgent editing by Stefan Stabenow, a mood is conjured that doesn’t exist on the page.

As with the other two films, there’s a suggestion that the whole thing is operating at the level of myth or fairytale, out in these darkly romantic primal forests of Thuringia, where the Grimm brothers might have set any number of their stories.

At one level this is a simple crime drama about a cop pursuing a murderer, but the feeling that something else is going on is compounded by the ending, when again timelines seem to be called into question by a confounding switchback of events forcing us to reconsider all three films and the order in which things happened. The Dreileben trilogy is a lot more complicated than the surface is letting on.