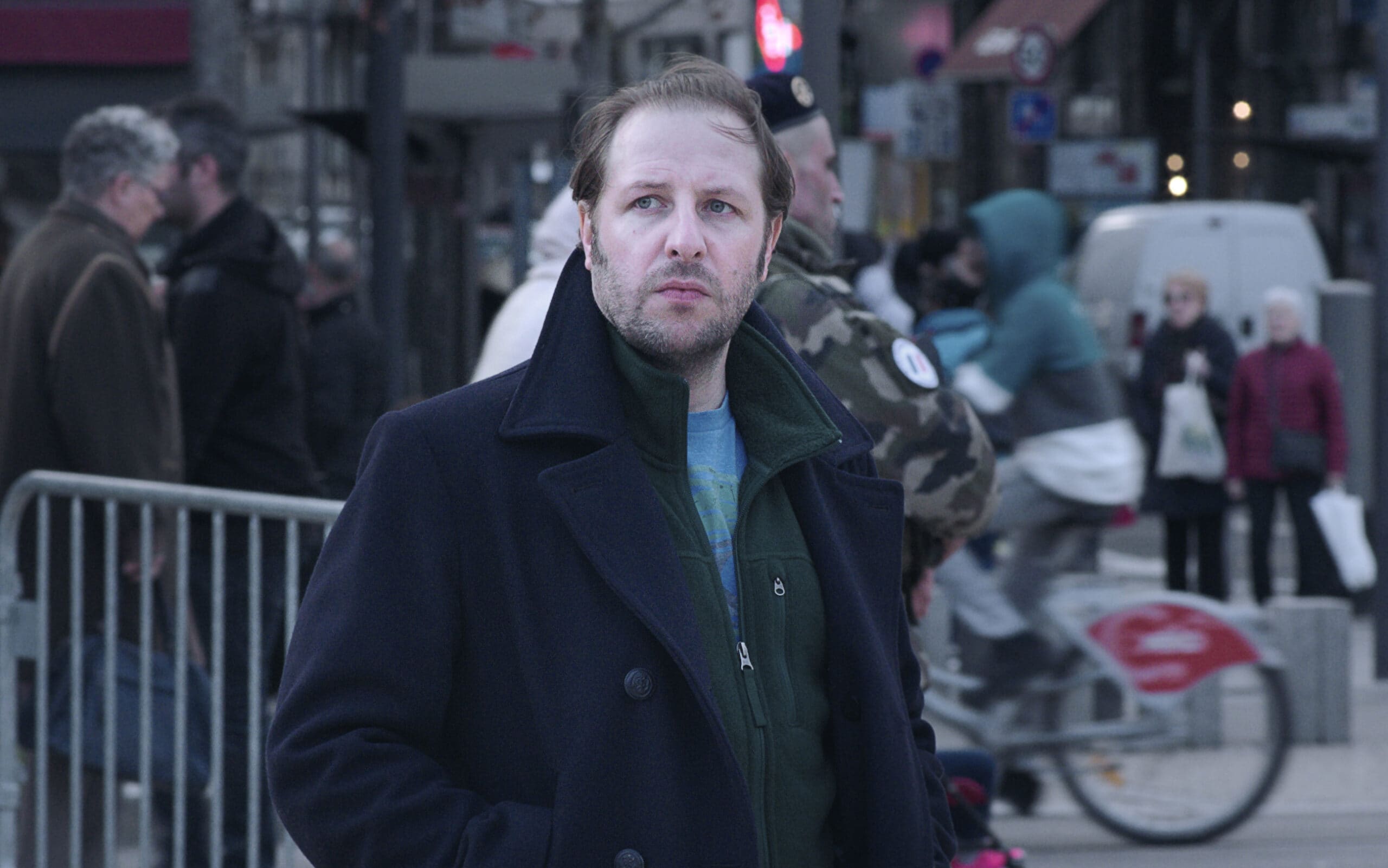 A middle aged Frenchman in running lycra approaches a prostitute. I really fancy you, he says, or words to that effect, but on principle I don’t believe in prostitution. I wonder if you’d consider a job off the clock. Oh no, sir, she replies, faintly amused by the directness of the man’s approach, I’m married and my husband is really not OK with me seeing other men when I’m not working.

And so starts Viens, Je t’emmène (Nobody’s Hero), the latest farce of everyday sexual goings-on from Alain Guiraudie, whose Stranger by the Lake (2013) remains one of the most memorable films I’ve seen in the last ten years, if only because of the way it insists erect penises and the whodunit make perfectly acceptable bedfellows.

Here Guiraudie tries to get the thriller and the farce to co-exist and struggles a bit, as you can imagine, since the thriller works (at least partly) by stoking tension, whereas the farce deflates it. But you have to applaud a man for trying.

So, the sex worker does eventually agree to an extramural relationship with the man after hours and off the clock. And she wasn’t lying – she really does have a husband and he really isn’t happy about it. All the other key relationships in this film are skewed as well, to say the least. The old white man and the young black girl who man the desk at the flophouse where Isadora the prostitute (Noémie Lvovsky) agrees to meet Médéric the runner (Jean-Charles Clichet) for sex which does, as he has blandly promised, indeed blow her mind. The young homeless Arab guy Selim (Ilies Kadri) Médéric gradually befriends and who might be involved in a terrorist atrocity just carried out in the town of Clermont-Ferrand where this strange story all plays out.

The Muslim terrorist and the sex-hungry sex worker are cliches Guidraudie is playing with and he drops in another one common in the movies – the hero who is irresistible to women, even though he’s just a guy. Médéric isn’t ugly but he’s no Brad Pitt – soft in the middle, losing his hair, dressed almost invariably in his unflattering running gear, and yet Isadora instantly goes a bundle on him. Médéric also has a work colleague, Florence (Doria Tillier), who can barely keep her hands off him every time she sees him.

The sound design is interesting, as it generally is in Guiraudie’s films, with the ambient background sound – traffic noise, wind, a city bustling about its business – just too high in the mix, pushing the normal just to the point of exaggeration.

Dropped in here and there are characters who seem to act as policemen, or fixed reference points – Médéric’s neighbours discussing whether Selim is or isn’t a terrorist, Isadora’s busybody neighbour, a cop – but even these turn out to be odd once we’ve got past the surface.

It’s a satire on modern French values, if you like, but more obviously a satire on the sort of stereotypes that pop up in French films, with an insistence that “real life” is much more fluid, especially when examined.

It is bold and whimsical and questing, as Guiraudie’s films mostly are, but it doesn’t really work. Individual scenes pack a punch but they don’t build to anything. Is Selim a terrorist – it doesn’t matter. Is Isadora a prostitute simply because she likes sex so much – it doesn’t matter either.

The lovely performances echo the ferociously semi-detached tone of the film and DP Hélène Louvart (quite thing thing in indie films of quality – see Rocks, The Lost Daughter, Murina) gives it a flat look to match. Everything points in the same direction. Where it’s all meant to be going is the question you might ask.