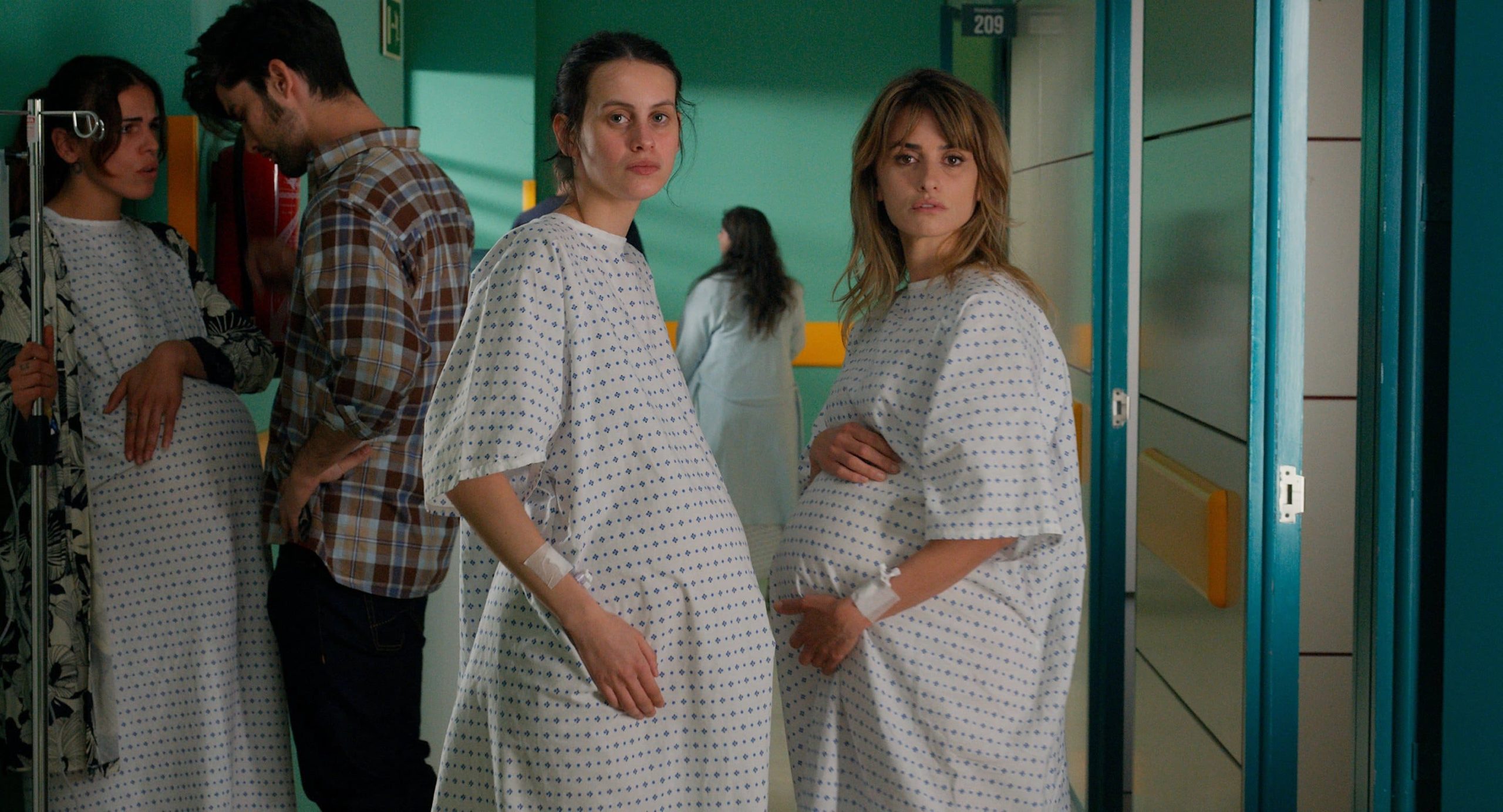 “Transgressive” is a word bandied about a fair bit when it comes to Pedro Almodóvar, but Parellel Mothers (Madres Paralelas) again shows that for him it’s a two-way street.

His films are different, unusual, unconventional – yes. And yet in the relationships they portray not that far from the everyday, not that far from what we’re used to, unfrightening. At least since his international breakthrough with 1987’s Women on the Verge of a Nervous Breakdown, it’s been one of his main concerns to show how like the rest of us his exotic hothouse creatures actually are. They love, they laugh, they cry, they’re human. Which is particularly the case with this ripe melodrama modelled on high-ocatane Brazilian soap opera. Another two-way street – because Almodóvar is using an obvious template, there are twists you can see coming a mile off but others you cannot. The first reassures the viewer that they’re smart, flattering to deceive, the second pulls the rug from out under in one swift yank.

A successful female photographer is photographing a handsome archaeologist. They’re going to sleep together. Two women in hospital are giving birth at the same time, in the same room on the maternity ward. The mothers are going to go home with the wrong baby. They’re so obvious that the set-up almost needs no payoff.

Penelope Cruz plays the photographer, Janis, Israel Elejalde is Arturo, the archaeologist with more than a suggestion of Javier Bardem about his looks. Arturo is the father of Janis’s child. Newcomer Milena Smit is the other mother, Ana, whom Janis befriends and, when the going gets tough, turns to for help.

Almodóvar chucks in some “did not see that coming” plot twists, enough to keep eyeballs firmly glued to the screen in case one is missed. But for the most part it’s a case of picking at this central knot – the swapped babies and when each mother is going to realise what’s happened. Meanwhile, in the background, Janis is trying to have a mass grave in her native village excavated, so the victims of one of Franco’s death squads can be laid to rest, something Arturo is ideally placed to help with.

Each of these two plot strands has its own melodramatic climax, the first in essence bringing to a conclusion the swapped-baby plot long before the final scenes, the second at the graveside of the exhumed villagers. Both are tearjerkers and Almodóvar doesn’t hold back when it comes to laying on the emotion.

The first got Penélope Cruz her Oscar nomination, deservedly, with a performance of wracking emotion that’s come from god knows where (to be fair to Milena Smit, she does keep her end up here, powerfully, but it’s not her scene). If you’ve never quite got Cruz, this might convince you.

For the bulk of the film, we’re not getting Almodóvar at his most outré, but stylistically he nevertheless pulls of a number of clever innovations – like flicking an entire scene within a scene into the past tense by the simple expedient of Cruz suddenly being in a different coloured top and with her hair down rather than up. Or the various “fade to black” moments he achieves with little flourishes, like the camera diving into a cup of coffee.

Families figure large and there are two different sorts in this film – Janis’s back in the village, extended, vital, supportive, more matriarchal. And the other sort – Ana’s mother is an actress who has no time to help her teenage daughter, what with a me-me-me life to lead, but at least she’s more use to Ana than the father, who is entirely absent and is only heard as a disembodied voice whingeing on the phone. Arturo, also, belongs to this category of family – more patriarchal, more likely to only turn up for quality moments, only vaguely aware that family is about quantity as well.

Alberto Iglesias’s score also got an Oscar nomination and is genuinely a thing of wonder – he bubbles along just below the melodramatic but constantly references it, plus thriller and noir styles, never quite resolving with a satisfying chord progression when he can leave things hanging. Shades of Bernard Herrmann, who he might be consciously channelling.

I’ve deliberately held off with too much plot detail, because this is a film as much about plot as it is about theme, as it is about style. That said, Almodóvar’s old standby – camp – is largely absent, in fact he is more directly politically engaged in this film than usual, at one point naming the Spanish president, Rajoy, he clearly holds in low regard.

Fascinating, gripping, educational, emotional, it’s probaby Almodóvar’s best film since All About My Mother – maybe he just a director who needs his mother.