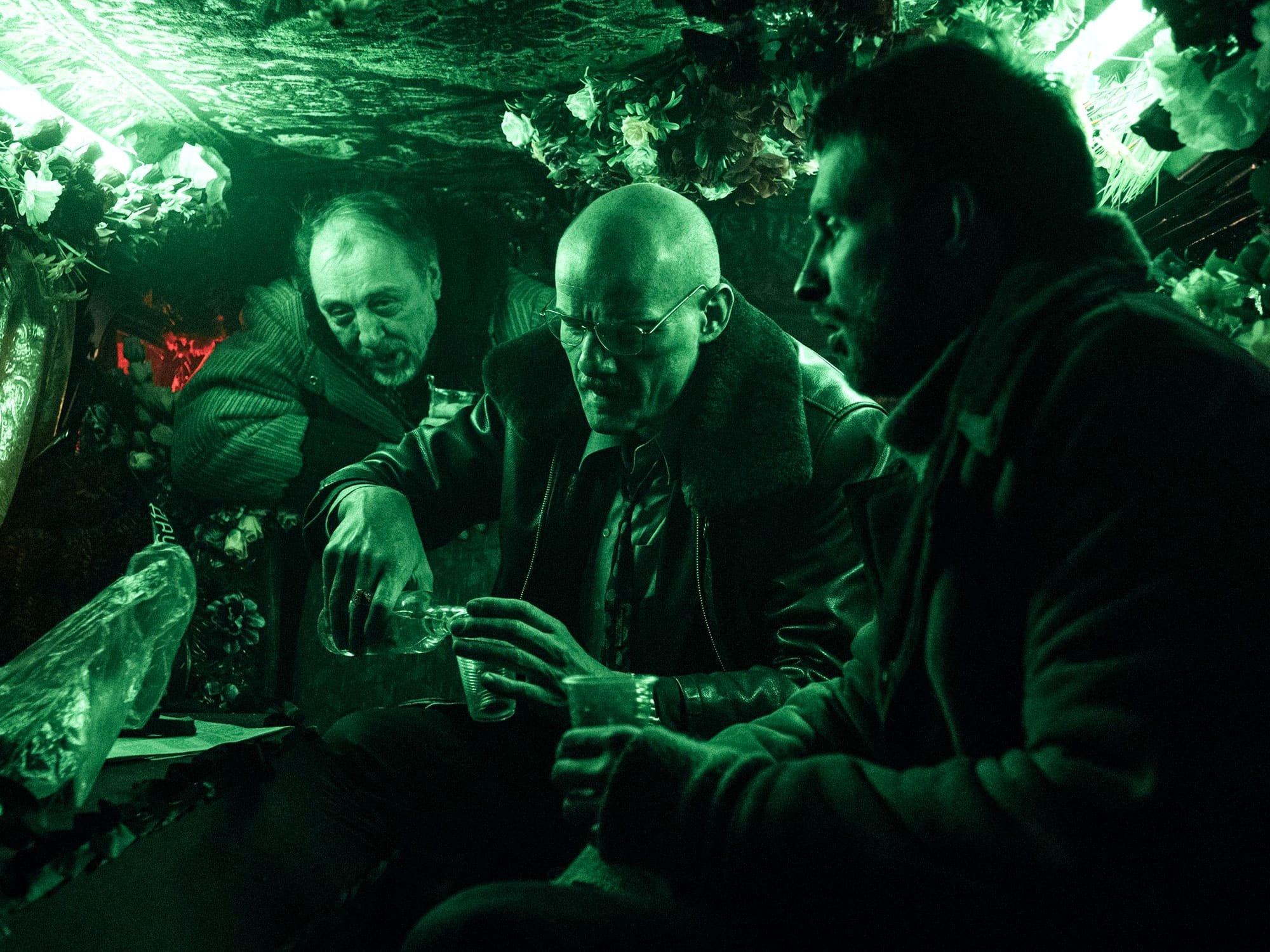 Kirill Serebrennikov, the director of Petrov’s Flu (Petrov v grippe), wasn’t at Cannes in 2021 to see his film screened, as he hadn’t been at Cannes to see his previous film, LETO, screened in 2018. He was under house arrest back home in Russia, having been accused of embezzling funds from the Seventh Studio, one of several cultural institutions he was connected to. The charges were widely seen as trumped up, part of Vladimir Putin’s ongoing fight against liberal elements in Russia – Serebrennikov is a vocal supporter of LGBT causes.

Given all that background, you might expect Petrov’s Flu, a fictional work but one set in the post-Soviet era, when society had all but collapsed, to have a particular political flavour. It doesn’t.

If Serebrennikov has an axe to grind he’s not grinding it in this wild, nightmarish phantasmagoria that’s like a weirded-out version of Lindsay Anderson’s O Lucky Man (which is already weird enough), reshot with the dreamy stealth-cameras of Aleksandr Sokurov and under the influence of Andrei Tarkovsky, in particular his meditative fantasy-memoir Mirror.

Don’t expect much of a plot, in other words. Instead, what seems like a stream of consciousness as the coughing, sick, ever-sweaty Petrov (Semyon Serzin) wanders through his broken home town, full of arguing poor people, half of them drunk on vodka, the other half trying to make do with the tattered result of the Shock Therapy administered by the neoliberal economists of the West.

In early scenes he climbs into the back of a van where two men are transporting a corpse in a coffin and arguing the entire journey, the phrase “back in Soviet times” ringing in the air, as it does several times during the film.

It’s not entirely clear what’s true and what’s not. Petrov’s flu is colouring everything he experiences. He’s delirious with fever. But the fever seems to spill out to infect everything. Even when Petrov isn’t there, as in the sequences following his librarian wife (Chulpan Khamatova) at work – when she has sex with a man behind the library shelves. Or the later one, when her eyes go a glossy black and she murders a man out on the street with a kitchen knife… who knows? As for the sections following a third person, a pretty blonde (Yulia Peresild) who keeps imagining any half attractive male she encounters as entirely naked, this is another mystifying avenue, and all shot in black and white (as parts of Mirror were) as if to suggest this section is all bracketed off. The fact that some actors, like Peresild, are playing more than one role only adds to the sense of dislocation.

Serebrennikov shoots it all in garish, nauseating colours, as if everything was bathed in the light from badly installed fluorescent tubes. Perhaps he and DP Vladislav Opelyants sat down and watched Ilya Khrzhanovskiy’s bizarre phantasmagorical 2004 “state of the nation” excursion 4 (Chetyre) before getting down to work. Serebrennikov is also shooting largely at night – by day he was in court fighting his case – which adds to the sense of nightmare.

It’s not all weird. For whole stretches there is a soap opera aspect to it, Petrov and Petrova at home in their apartment, with their son. And then, suddenly the child is sick, dying, and Petrov is rushing him to hospital, pausing in his mad dash to jump out of the car to offer his sick boy up to a passing UFO for healing or abduction, or who knows what.

Serebrennikov is clearly fucking with us, and also with time – the chronology is poetic (as in Mirror) – and space. Everything is porous, conditional, mad.

At the end a dead man jumps out of the coffin that’s been something of a thread through the movie and runs off through the snow while a Russian rapper does his stuff over the end credits, as if to say, “yeh, that’s entertainment!” And, in a really strange way, it is.