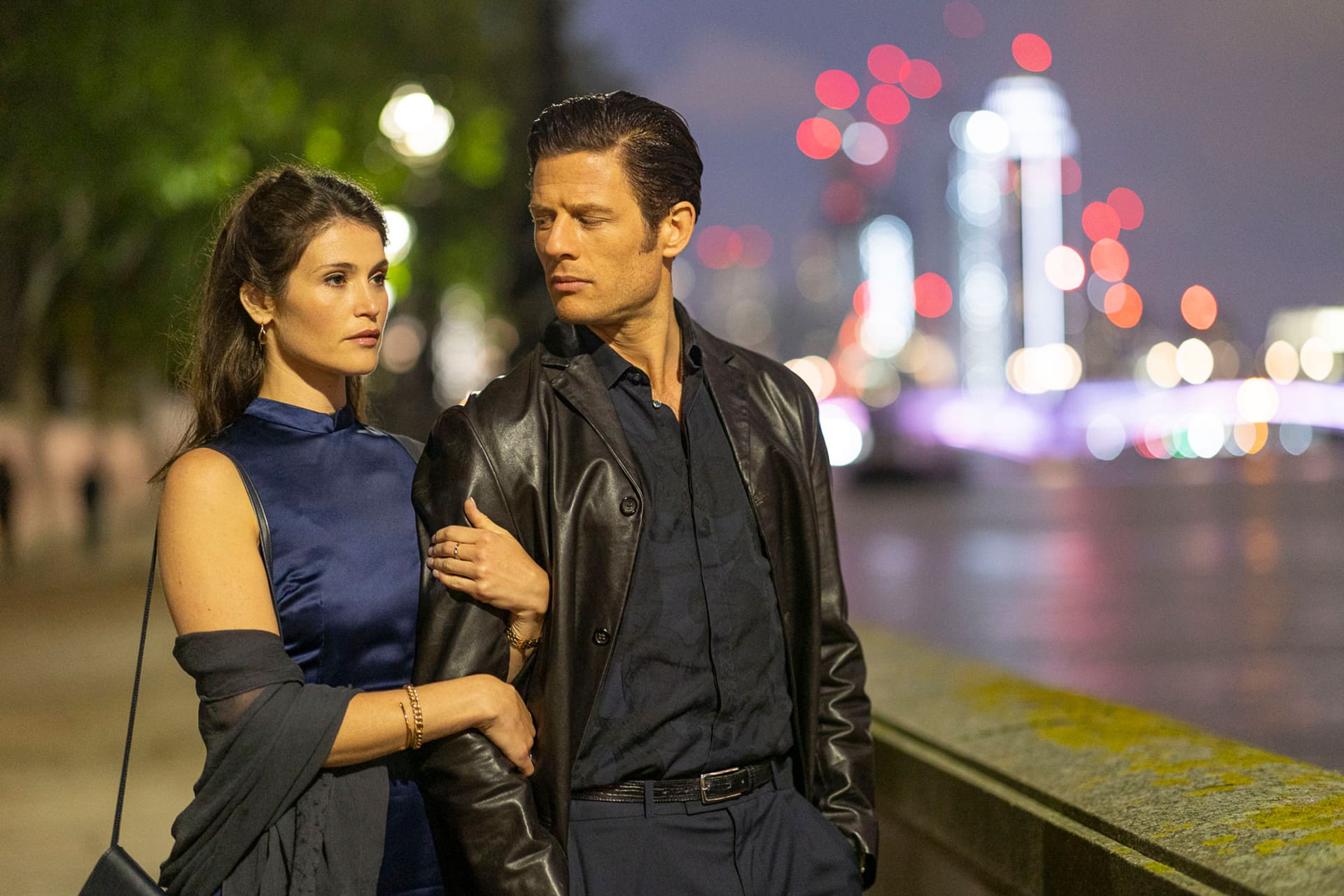 If it is, it’s a funny sort of one, though Norton is fairly remarkable as a man on a mission – to deceive almost everyone he comes into contact with.

The thing to bear in mind through the length of this familiar and yet bizarre film is that it’s pretty much all true. As the film opens, it’s 1993, the IRA bombing campaign on Britain is at full spate and Norton’s Robert Freegard is working undercover as a barman, recruiting students at an agricultural college to infiltrate what he assures them is a terrorist cell operating out of this out-of-the-way, low-profile educational establishment. Fertiliser is one of the raw materials for bomb-making, you see.

The story moves on to nine years later. Sophie (Marisa Abela), one of the women he recruited in 1993, is still working for Freegard, deep undercover, moving on from one assignment to the next, still freelance, the elusive MI5 permanent position still being dangled in front of her by her handler.

But Freegard is not what he seems. In what is presented as a shock reveal but was the basis of the entire publicity push behind this film, it turns out that Freegard is a conman. Not even the titular rogue agent, in fact, just a guy who likes to play at dressing up, particularly if a pretty woman is part of the fantasy.

Which takes us into the meat of the film. Robert’s latest mark, who he meets while working “undercover” selling high-end classic cars to people with too much money. Alice (Gemma Arterton) is a capable, dynamic, suited-and-booted lawyer at a take-no-prisoners firm dealing in high-end clients and the sort of hot young woman a handsome guy like Robert might tilt his hat at. She’s also someone it’s best not to mess with, someone who’s doing background checks on Robert even before she really has fully grounded suspicions about him.

If part one is Robert dealing from the bottom of his pack, part two is Alice doing the same with hers. Payback.

The film is directed and written by Declan Lawn and Adam Patterson (based on the book by journalist Michael Bronner) and is, like the TV stuff they’ve done, a nice collision of the procedural and the personal. But unlike, say, The Salisbury Poisonings, Rogue Agent has pacing issues – there’s either too much in too short a time, or not enough in too long a time. With another hour (like The Salisbury Poisonings had) there might have been more time to flesh out the character of Sophie, who has, let’s not forget, somehow been duped into nine years of playing along with Robert’s game and is the key to the story. Alice is the Anti-Sophie – the one who’s not going to get duped – but what really convinced the Actual Sophie play along with this extended charade? Can it be simply that she fancies Robert? A troubled home life? Or is Robert’s staring trick of looking into someone’s eyes just long enough to establish what they colour they are really as powerful as he insists? He is somehow hypnotising them then?

At moments like these repeat the following mantra: “it is all true”. Because that’s what kept my eyes on the screen. It all seems simultaneously so outlandish and yet so humdrum. Working selling cars as a cover!?

Arterton is as we now expect – as the sexy and slight starchy, highly capable and driven woman (scorned). Norton gets his Bond-audition moments, wearing only a towel at one point in the early days of Robert wooing Alice, and dancing along to George Michael’s Faith. If you’ve done the gym work you might as well flaunt it!

If it is a Bond audition, it’s not a straightforward one – to be fair to Norton he is faithful to the character. This charlatan is not all Bond-esque suaveté. Norton plays him as a dangerous man with a sneer beneath a brittle veneer of charm. “I love lighthouses,” Robert says at one point. It’s a throwaway line but Norton makes it mean something – does this guy love lighthouses or is he just pretending? Does he love anything at all? This is a psychopath we’re dealing with, surely? Are we ready for that sort of 007?