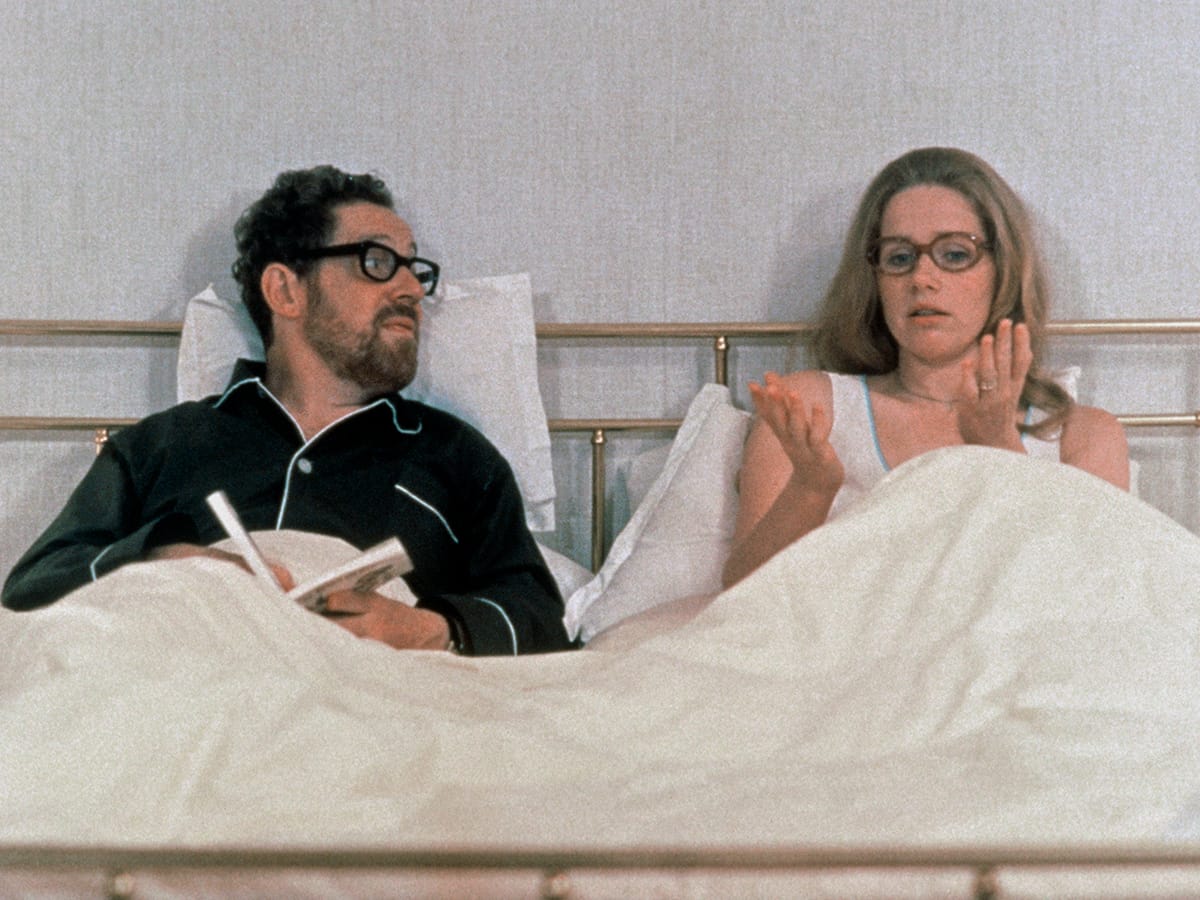 Scenes from a Marriage

Time has robbed Ingmar Bergman’s film Scenes from a Marriage of some of its force but even so, if a forensic examination of a happy marriage’s collapse is what you’re looking for, it’s never been done better than it was here.

I’m talking about the 1974 movie version, not the original 6x45minute TV mini-series it was cut down from. TV was what Scenes from a Marriage was made for, and also ensured that Bergman’s film wasn’t eligible for any Oscar action (one of the many nonsensical nose/face strictures which the Academy has been forced to back down on over the years). Because it was “TV first” and had aired the previous year, it was ineligible for consideration on two counts. All the hoo-haa about Netflix parking its tanks on Hollywood’s lawn lay in the future (remember, for example, the nonsense surrounding the ineligible Behind the Candelabra in 2013/14? Or Roma in 2018/19?). Here’s where it starts.

Anyhow, I digress. The six-part TV series gives the film its six-part “scene” structure following Marianne (Liv Ullmann) and Johan (Erland Josephson) from happily married bliss over bumps to relationship breakdown and apocalypse, and eventually out into calmer waters. Bergman doesn’t so much tell the story of Marianne and Johan as let us catch a glimpse of them at various points along the way.

This is what’s so influential about the film. If you’ve seen Noah Baumbach’s Marriage Story, or Woody Allen’s Annie Hall, or Richard Linklater’s Before… series, or Andrey Zvagintsev’s Loveless, you’ve seen a reworking of the idea. As you have if you’ve seen François Ozon’s brilliant 5X2, where he does the whole thing in reverse – from nuts to soup.

So, the shock of the new is not what you now come to this film for. But there are other joys. The brilliantly in-sync and empathetic performances of Ullman and Josephson, who are in every scene and are in fact the entire film (rare glimpses of other characters only confirm that marriage is a hellish things, in Bergman’s eyes). Both are as good at dewy-eyed tenderness as they are at uncontrolled rage. You might catch them “acting” once or twice, but give them a break – this is a long haul.

Bergman’s direction is humane but intense and his DP, Sven Nykvist, keeps the focus tightly on the two leads, zooming suddenly out to re-establish context, and even more tightly in at emotive moments. Nykvist shot it on 16mm, not realising that a theatrical future lay ahead, and regretted he hadn’t done it on 35mm. But the grain of 16mm lends a touch of authenticity, as if we’re eavesdropping on a home movie made by someone who doesn’t care what ends up on the screen.

So many films made by Bergman are self-flagellatory and self-exculpatory at the same time. Like a lot of directors, he couldn’t keep his dick in his pants. But unlike most directors, he insisted on making films about his affairs. With this in mind, it’s not particularly surprising that it’s Johan who’s the villain of the piece, and from the very first scene – a newspaper interviewer is asking this model couple to describe themselves in a few words – it’s Johan who comes across as bumptious and with a too-high opinion of himself. Marianne is more the doormat.

The doormat who roared… eventually.

Emotional Illiterates is one of the chapter titles and at bottom Scenes from a Marriage is a plea for human beings to be more in touch with their emotions. Why aren’t we taught how to do this stuff, wails Johan at one point. Another attempt by Bergman to get himself off the hook of his own infidelity, if we’re being unkind. The film is at least partly a rewrite of his own relationship with Liv Ullmann.

He gets it all out there. He really does. It can be painful to watch.

Scenes from a Marriage – Watch it/buy it at Amazon