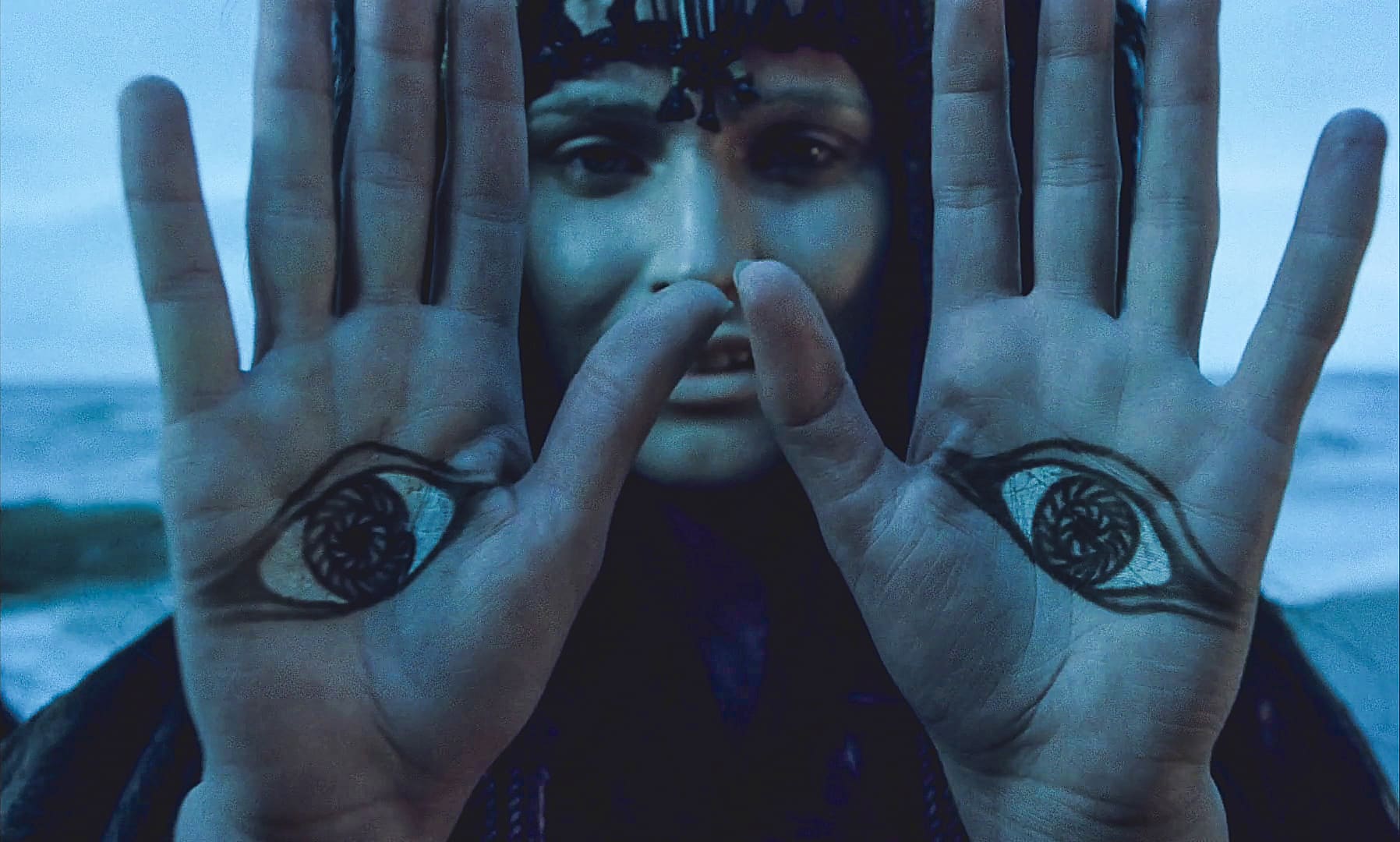 On the Silver Globe

Ready for one of the strangest sci-fi movies ever made? On the Silver Globe (Na srebrnym globie in the original Polish) is as powerful as it is incomprehensible, as if David Lynch’s Dune had been put in a bag and tossed around with Game of Thrones, Tolkien, Tarkovsky and Mad Max.

The story behind it is interesting too. It was mostly shot in 1976 by the brilliant Polish director Andrzej Zulawski, but production was closed down by the Communist censor, who feared the film was wandering into off-limits territory. The sets and costumes were destroyed, and so were all prints of the film. Or so the authorities thought. In fact Zulawski managed to get one out with him as he sought political asylum in France.

The film had been about 80 per cent complete when he left Poland, and in the late 1980s as Communism started losing its grip Zulawski returned to finish it off. The costumes, props and sets were all gone, so “finishing” On the Silver Globe came down to getting the sound dubs right. As for the missing visual material, Zulawski simply shot random footage out on the streets and in the subways, his voiceover filling in the missing plot gaps.

Adapting his own great-uncle Jerzy Zulawski’s sci-fi magnum opus, The Lunar Trilogy, the younger Zulawksi breaks the action down into two parts. In part one – heavily green/blue tinted – freedom-seeking astronauts fleeing Earth make an emergency landing on an alien planet. The ones who survive find the atmosphere breathable but the planet accelerates the ageing process, and also the speed at which their children – when they have them – grow up. The survivors settle down to a grimly bleak existence. But at least they have food and shelter and, with not much else to do, they have soon swelled in number, losing the traits of civilisation along the way. All this supposedly shot (in found-footage style two decades before the Blair Witch) on the astronauts’ camera (which must run on solar), which eventually becomes a totemic badge of office for whoever controls it. Savagery and superstition hold sway in a dystopian garden of Eden. “Why were we expelled from Earth?” asks one of the children (or grandchildren), in one of the film’s many gnomic Tarkovskian moments. Eventually the sole surviving astronaut, old Jerzy (Jerzy Tela), sends this footage back to Earth as a way of summoning help.

In part two a new astronaut, Marek, arrives, hoping to find out what’s going on (good luck with that), and is greeted like the Messiah by the priestly caste who control the camera. Things take a more Tolkienesque flavour with the introduction of the planet’s indigenous race, the Szerns, and as Marek leads the descendants of his own people towards a liberating confrontation with the Szerns, he finds that unfortunately the Messiah thing cuts both ways.

Well that’s what I think was going on. Picking that summary out of the howling confusion of what Zulawski presents on screen is no easy feat. With a handheld camera that never stays still, and shooting very often in caves so dark it’s almost impossible to tell what’s going on, this is a film to be experienced rather than followed. Distorting wide lenses add to the confusion. So do the masses of gyrating extras that populate many scenes, their matted hair and skins-and-feathers outfits rendering them all alike. Lead actors, too, are barely distinguishable, and are often veiled, or hidden behind face paint, or dirt, or their own hair. Making sense out of what people say isn’t easy either. Like the first wave of astronauts, Marek soon also descends into a gibbering philosophising – it must be something in the air – with remarks like “I am in the prison of my own freedom” being one of the more comprehensible.

It’s impressive as hell, in a fantastically mad way, the locations like the Gobi Desert, the Caucausus and the Wieliczka salt mine adding a majesty to this Bosch-like descent from civilised order into yammering chaos. There’s a lot of ad-libbing going on, apparently, even more screaming, and the effect is often like something glimpsed in a performance tent at a muddy festival where bad acid is circulating freely.

By the time it’s winding towards its end, what appears to be the 1960s Batmobile is racing around on some moorland, while a long line of men impaled on telegraph poles dot the beach.

It’s an absolute one-off and there is a must-be-seen quality to its portrayal of escalating madness. Zulawski’s next film, Possession, starring Isabelle Adjani and Sam Neill as a married couple in crisis, looks at first glance like it couldn’t be more different. In fact it’s the same thing all over again. Caution: Genius at Work.

On the Silver Globe – Watch it/buy it at Amazon

Director: Andrzej ZulawskiWriter: Andrzej Zulawski, Jerzy ZulawskiStars: Andrzej Seweryn, Jerzy Trela, Grazyna DylagSummary: A small group of cosmic explorers, including a woman, leaves Earth to find freedom and start a new civilization. They do not realize that within themselves they carry the end of their own dream. They eventually die one by one, while their children revert to a primitive native culture, creating new myths and a new god. Some time later, a space bureaucrat, running from a broken heart, arrives and finds the colonizer's descendants enslaved by bird-monsters called Cherns. Society is divided into numerous classes, and everyone is waiting for the arrival of a messiah. The newcomer is considered a suitable candidate, and for some time he lives as a god. —Polish Cinema Database <http://info.fuw.edu.pl/Filmy/>