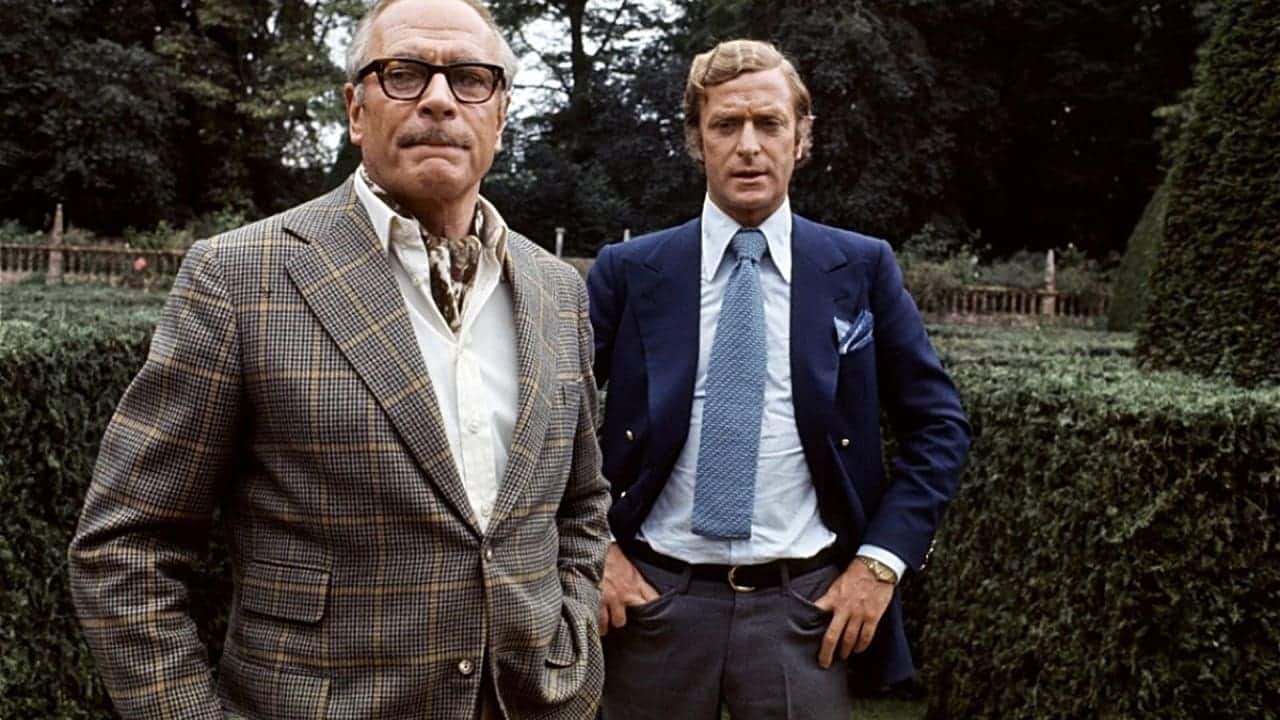 Doubles and doubling feature a lot in Sleuth, the cockeyed comedy thriller from 1972 written by Anthony Shaffer, the identical twin of brother and fellow writer Peter Shaffer. Anthony also wrote Frenzy, for Alfred Hitchcock and The Wicker Man. Peter wrote Amadeus, Equus and Royal Hunt of the Sun, so no slouch either. They also for a while wrote detective novels together – as Peter Antony.

Journalists would often ask the Shaffers whether there was rivalry between them. There was. It featured in Peter’s work (Amadeus is driven by it) and even more obviously in Anthony’s Sleuth, the story of an older man inviting his wife’s younger lover to his home to humiliate him with game-playing and ostentatious displays of his own superior lifestyle.

A two-hander, it was a smash on Broadway and London but was recast for the screen, with original leads Anthony Quayle and Keith Baxter substituted by Laurence Olivier and Michael Caine. In a way Olivier and Caine are playing versions of themselves – Olivier the grand gent with wealth and fine diction on his side (he was still being regularly described as the greatest actor in the world at this time), Caine the upstart Cockney who might have an eye on the older man’s crown. Both dress in the sort of clothes you’d expect Olivier and Caine to wear in real life. Tweeds for Olivier, grey trousers and a blazer for Caine.

It’s the last film by Joseph Mankiewicz, director of another film about upstart rivalry, All About Eve, and he keeps it all deliberately artificial. Apart from the opening sequence, set in a maze (obvious metaphor), the whole thing takes place indoors, on what look like stage sets, where Andrew Wyke (Olivier), a lordly writer of creaky whodunits, first hail-fellows Milo Tindle (Caine) and fixes him a drink while the two make stiff-legged chit-chat – Wyke faintly snearing once he realises Tindle has Italian ancestry, Tindle (originally Tindolini) responding with put-downs about Wyke’s unrealistic detective thrillers.

After a bit more of this very British display of stiletto manners, Wyke comes out with an “I understand you want to marry my wife,” and then introduces the plan that’s going to drive the rest of the film – the staging of a mock burglary. Tindle will make off with a haul of jewels, take the burdensome (and high-living) wife off Wyke’s hands, while Wyke will say it was someone else, make an insurance claim for the lost jewels and then he in turn will be able to make a new life with his lover. Everyone’s a winner.

“A Grand Artificer of Mysteries” it says on Anthony Shaffer’s grave and it could equally apply to Andrew Wyke, the mystery writer who we’ve met playing all the characters as he dictates the final pages of his latest book into a tape machine, and who spends the rest of the play switching into and out of many imagined characters as he encourages the reluctant participant to burgle his home, dressed as a clown. Wyke has written the plot; now Tindle is going to act it out. Meanwhile, the rivals verbally joust.

Caine and Olivier do it all as if they were on stage, bellowing their lines out theatrically. It’s said that Olivier came to the film expecting Caine to be merely his assistant but left it feeling Caine was his equal. Wyke is a ripe old ham and Olivier plays him as such; Tindle is a chippy arriviste, so Caine gets plenty of opportunity to shout, particularly when Wyke starts to goading Tindle about being a “jumped up pantry boy”, a “snivelling wop” and so on. Michael Caine shouting being one of life’s joys.

For Wyke it’s all a game, but as Tindle points out, at least twice, for lads with his background life is a serious affair – one slip and you’re gone. Games are for toffs.

Shaffer writes funny lines and it’s hard to imagine better actors to bark them out than Caine and Olivier. At the halfway mark there’s a famous spoilerish plot pivot of a very theatrical sort. Enter Inspector Doppler – the German word for Double. In a fantastically arch play/film about phoneys, frauds, imposters, upstarts and stand-ins, the plot thickens.

Sleuth – Watch it/buy it at Amazon