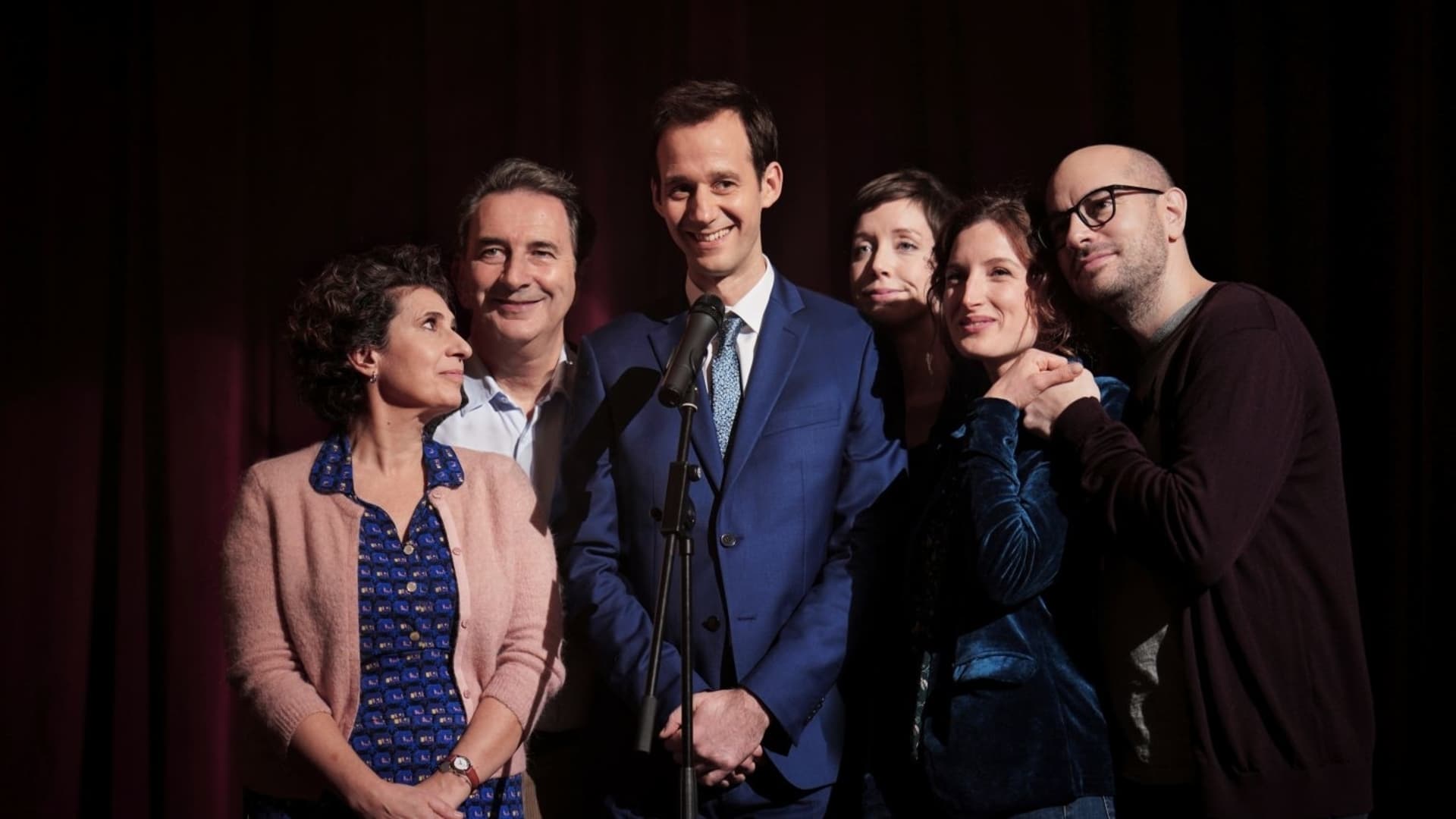 Number one: the speech. Adrien is a nice, typically anxious French guy at a family dinner so unremarkable that underfloor heating appears to be the main topic of conversation. Until his sister Sophie’s husband-to-be, Ludo, asks Adrien if he’d do them the honour of making a speech at their upcoming wedding.

Adrien is instantly thrown into a funk and one strand of director Laurent Tirard’s film starts enjoying itself spinning fantasy “what could possibly go wrong?” versions of the speech itself, scattered throughout its 90 minutes’ running time.

First up: the entirely imagined and improbably brilliant speech, the one we all imagine making when we’re called on to say something at a formal event. There’s Adrien in front of the crowd, telling jokes, doing magic tricks, charming the kids, wowing the adults, making his sister and her new husband feel great, making his parents proud etc etc.

Running alongside this story, the warp to its weft, is the other one, about Adrien and his girlfriend, Sonia (Sara Giraudeau, of The Bureau fame, which is recommendation enough for me). As The Speech opens, Sonia is telling Adrien that she wants to take a break from their relationship, hands him the keys to their apartment and leaves.

Centring on this family dinner, The Speech (adapting Fabrice Caro’s novel) flashes back to the Adrien and Sonia story – they meet, they fall in love, the relationship goes wrong – and flashes forward, to the various versions of the speech Adrien will eventually have to give.

Meanwhile, in the “present”, while the family discuss mundane topics, the father trots out another of his well-worn stories and mother becomes too concerned, too amused by the various things she’s hearing, Adrien waits for an answer to a text he’s sent Sonia earlier that day. After weeks of not hearing from her he’s finally sent a quick “Hi, how are you” message, only to realise afterwards that he forgot to put a question mark on the end, thus making it easier for her not to reply. Without seeming too insanely needy, how can Adrien get her to respond? Will that lack of a final question mark seal his fate? Why is the world so unfair?

It’s a stage play, really, and the fact that Adrien is played by someone billed as “Benjamin Lavernhe de la Comédie Française” reinforces the feeling. The story pivots around Adrien – Caro and Tirard are not interested in Sonia, or sister Sophie and future brother in law Ludo, nor the parents – and thankfully Lavernhe is a gifted performer who keeps us onside with Adrien by making him plausibly an average guy undone by his feelings, a bit of fool perhaps, but a fool in the familiar romcom mould. Tirard works most of the angles to open things out, mostly with manifestations of what’s going on in Adrien’s mind, and some of the flashbacks to the story of Adrien and Sonia’s romance are genuinely funny. Don’t go to a fancy dress party kitted out in Wolverine claws is all I’ll say.

It’s fine, it’s fun and it’s inventive enough to recommend as an enjoyable entertainment, but somewhere in the last half hour, as Tirard starts to pull the various plot strands together, real empathy starts to build and The Speech starts gaining an emotional heft that wasn’t there earlier. Stick with it, in other words.

Tirard you might know from 2009’s Petit Nicolas, which was also fuelled by a running gag about a potentially fraught social occasion (a dinner party with someone important on the guest list). He’s good on anxiety.

A bit like Marry Me, which I saw last week, and was an absolutely bog standard romance elevated by slippy direction and a snagless cast, The Speech is a deceptively simple story told well by a gifted cast and a director who knows how to keep things moving. Will Adrien get his happy ending? Cleverly, Adrien’s angst starts to become ours.

The Speech – Watch it/buy it at Amazon