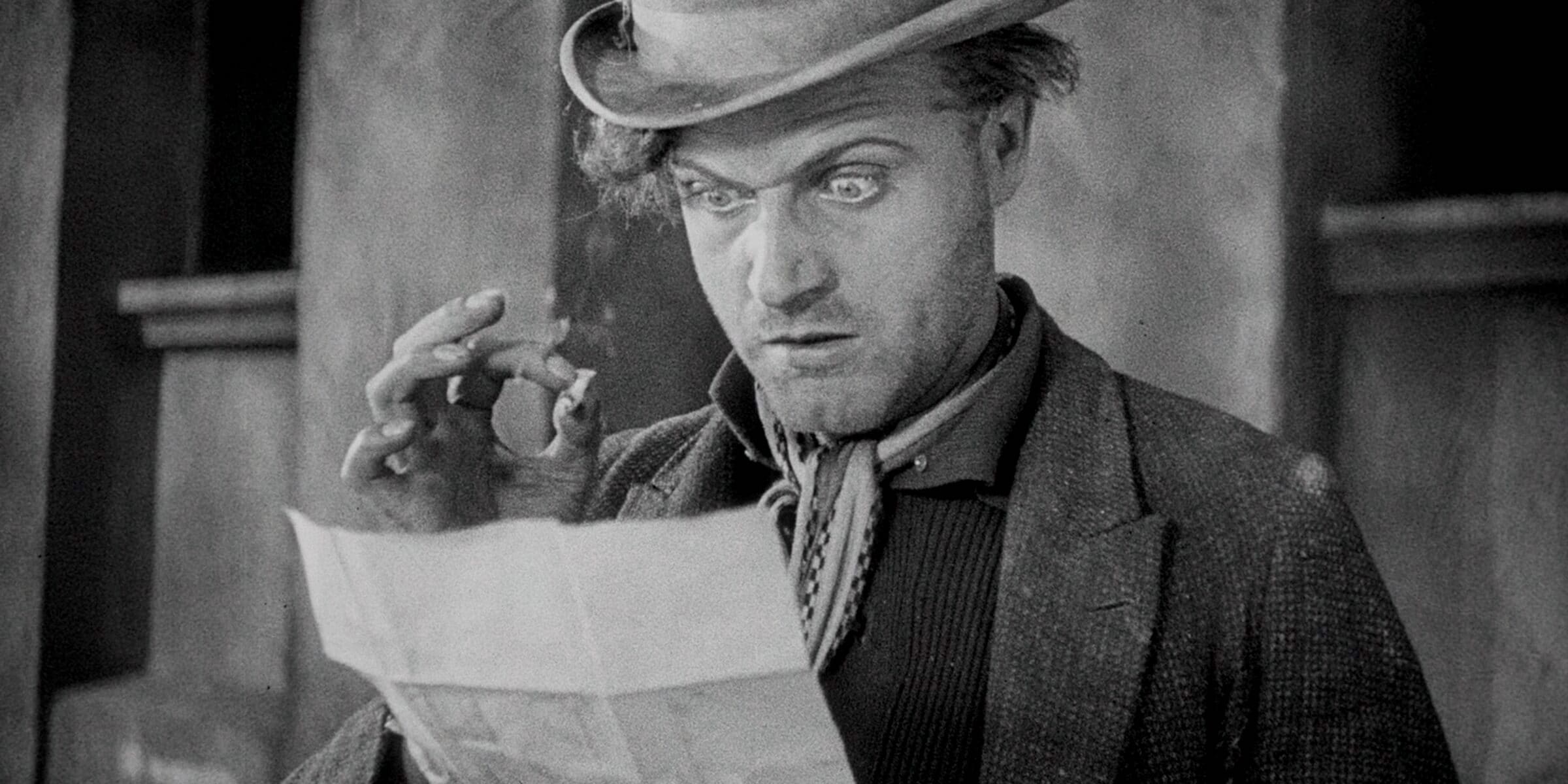 Metropolis, now seen as a classic, didn’t do many favours for director Fritz Lang short term. And it nearly bankrupted Ufa, the studio that made it. For Lang’s follow-up, Spies (Spione), Ufa clipped his wings and forced him to shoot on a reduced budget. Hey ho, another classic, and also, just incidentally, the template for almost all of the spy thrillers of the future.

In a brilliant, lightning-fast opening montage, Lang lays out his stall – stolen documents, a murder, a public furore stoked by incendiary newspaper headlines (“public officials asleep on the job”), – another murder, followed by a man who might as well be named M calling a spy who might as well be named 007 in for a briefing. Except this is 1928 and this is a silent movie, and the boss of the secret service is actually called Jason (Craighall Sherry). The spy, though numerical, is called Agent 326 (Willy Fritsch), in disguise as a tramp off the streets but so hot at spycraft that he instantly spots that one of Jason’s aides is in fact a double agent.

Enter the Bond villain, Haghi (Rudolf Klein-Rogge), a fastidious man with fussy hair, a wheelchair user sat behind a teched-out desk full of gadgets. Haghi runs his international criminal organisation using his day job as a banker as a front. Enter also the Bad Bond Girl, Sonya (Gerda Maurus), a Russian temptress who has already led one man to his death and is now instructed to do the same for 326.

Instead she falls in love with him, of course.

From here the plot is yoked to a macguffin involving an important document – a peace treaty between Japan and whatever country we’re meant to be in (Germany, possibly, though there are also a couple of hints this might possibly be the UK) – and a grand Bond-style procession of suspicious-looking foreign characters through a sequence of action-driven set pieces (a gun fight, a car chase) to a remarkable ticking-clock finale set on board a speeding train.

Looked at from the other end of the telescope, it’s not the world’s greatest spy thriller, but then people have been sweating buckets ever since trying to improve on what Lang was laying down all those years ago. What is evident is how far ahead of its time it is, how modern Spies is compared to other films of the day. Lang’s camera may be largely static but his editing is exquisite and who needs a camera whizzing about when you’re achieving lift-off with shots fluidly montaged together into scenes. There are a lot of close-ups, a money-saving tactic which also gives the film a distinctive non-1920s feel.

Oddly, Lang’s 007, 326, having grabbed the attention early on, starts to recede from view a touch as the story progresses, which is probably a necessity given how many characters and complex plot elements need to be woven together.

The story is by Thea von Harbou, Lang’s wife. She hadn’t at this point joined the Nazi party and it’s in any case uncertain how wedded she was to the Nazi ideology but the figure of an international banker as a villain chimes with Nazi ideas about a Jewish international conspiracy. Is the very Blofeld-like Haghi meant to be Jewish? There is no hint.

Fans of German Expressionism won’t find a lot to seize hold of – the odd chimey at a rakish angle – but Lang’s interest in power and surveillance gives the film an Expressionist ambience, even if strictly speaking he’s more interested in winkling his camera into impossible positions than pulling back to admire the sets, cockeyed or not. That whole sequence in a dancehall is film-making of a high order, but then so is the entire film.

Slightly off topic, it’s notable that Lang’s female lead, Gerda Maurus, actually resembles his wife. Doubly so when you learn he was having an affair with Maurus. As for Rudolf Klein-Rogge, Lang’s villain, he was Lang’s wife’s husband before she took up with Lang. It’s a film in itself.

The film was restored in 2004 by the Murnau Stiftung and any version using that as its basis is plenty good enough to watch. The restoration combined elements from the four corners of the earth and that accounts for occasional drops in quality. Lang shot it all bright in the first place, compensating for a complex plot and multiple characters with an image that’s always easy to read. Ufa liked thing obvious and were particularly down on excessive use of intertitles.

Even so, there are head-scratching non-seqitur moments. The 20 minutes of footage still missing are to blame. Those who have mis-spent their lives on Bond, Bourne etc won’t have any trouble filling the gaps.

Spies – Watch it/buy it at Amazon