Stardust, echoing the title of his most consequential album, Ziggy Stardust and the Spiders from Mars, charts the journey of David Bowie from washout – the big 1969 hit Space Oddity not having led on to greatness – to the moment he became the David Bowie of legend.

Gabriel Range’s film pegs that moment as being when Bowie first stepped on stage in 1972 with his new band, the Spiders from Mars, though fans will rightly point out that the decisive shift actually came with the previous album, Hunky Dory, in particular the song Queen Bitch, a moment of arch Ziggy-ness inspired by Lou Reed.

But, fanboy grumbles to one side, let’s talk about the film – in 1971 on the verge of being finished a Bowie is sent on a solo promo tour of America by his manager, encouraged by his pregnant wife Angie (Jena Malone), only to find on arrival that the cool reception at immigration is matched by the attitude of Mercury Records.

There is no limo, there is no tour, just Ron (Marc Maron), a hack publicist. Off the two head on their “tour” – a convention of vacuum cleaner salesmen here, a strait-laced radio station there, with the enthusiastic (“I believe in you”) Ron promising to get David on the cover of Rolling Stone, though David, withdrawn, fey, insecure, sarcastic, superior, diffident seems determined to sabotage any interview by playing the awkward artist card, even though he is desperate to be a star.

One of the things his interviewers want to know is what Bowie’s most recent album – The Man Who Sold the World – is “about”, in particular the single, All the Madmen. And Bowie is particularly reluctant to tell them because his brother, Terry, is currently buzzing away on a cocktail of drugs inside a mental institution, the latest of the singer’s relations to come down with what his mother calls “the family curse”.

As the 1970s warmed up and drinkers in music’s last chance saloon piled into glam rock, pop music fell prey to the “builders in eyeliner” syndrome. It didn’t afflict Bowie. Though Johnny Flynn, who plays Bowie here, does have mild symptoms. Flynn is not androgynous enough to mimic Bowie’s gender-bending style – on the cover of Hunky Dory Bowie poses as a Hollywood goddess (on The Man Who Sold the World he’s in a dress). Director Gabriel Range seems to have decided to make it a bit of a theme – in this film Bowie rival, the elfin Marc Bolan (James Cade) also looks more like someone familiar with the coal lorry than the faerie glade.

But in spite of all that angular masculinity, Flynn is very good as Bowie, a charmless, self-absorbed, uncertain and silly man and a bit of a dick. A lot of a dick in fact, especially in his dealings with Ron, who is a decent guy and who, in conversations with Bowie leads him to his breakthrough thought – ditch rock’s obsession with authenticity and embrace parody and theatricality. Abandon any idea of being a rock star and instead play the role. Stardust.

Why is publicist Ron a man in his 50s when the publicist he’s based on was more Bowie’s age – 20s? Why are the two Rolling Stone journalists we see middle aged men, when Rolling Stone back then was a youth operation? Bowie’s manager, Tony Defries, was under 30 at the time. He’s a chunk older here.

Though this is only a snit, and Maron in particular is excellent as the enthusiastic but careworn Ron, the age issue is bizarre. Wouldn’t the film have more appeal to a young audience if it spoke in that “very heaven to be alive” voice of, say, Almost Famous? Or perhaps Range is using the actors’ age to suggest the general dowdiness of the era.

Fans, be aware, there is no Bowie music here – the estate said no – instead, as in the Hendrix film All Is by My Side, we have a few songs that Bowie covered (Brel, The Yardbirds), a Bowie-esque tune penned by Flynn and Anne Nikitin’s pastiche-y soundtrack plugging the gaps.

If this had been a Rocket Man or Bohemian Rhapsody, that might be problem. But it isn’t and it isn’t. Because this is a portrait of a pre-fame star coming up with his own fake-it-till-you-make-it strategy.

Very funny here and there, more fascinated than awed by its subject, it’s a very good film about an all-too-flawed character. And in being about a human being rather than a starman it’s really going to infuriate the self-appointed keepers of the flame.

Stardust is showing at the Raindance Festival 2020 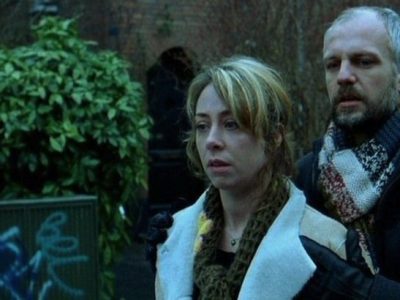 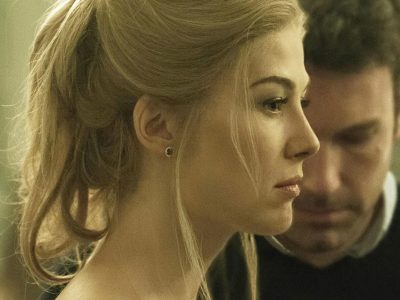 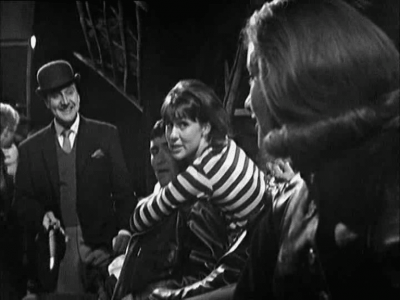