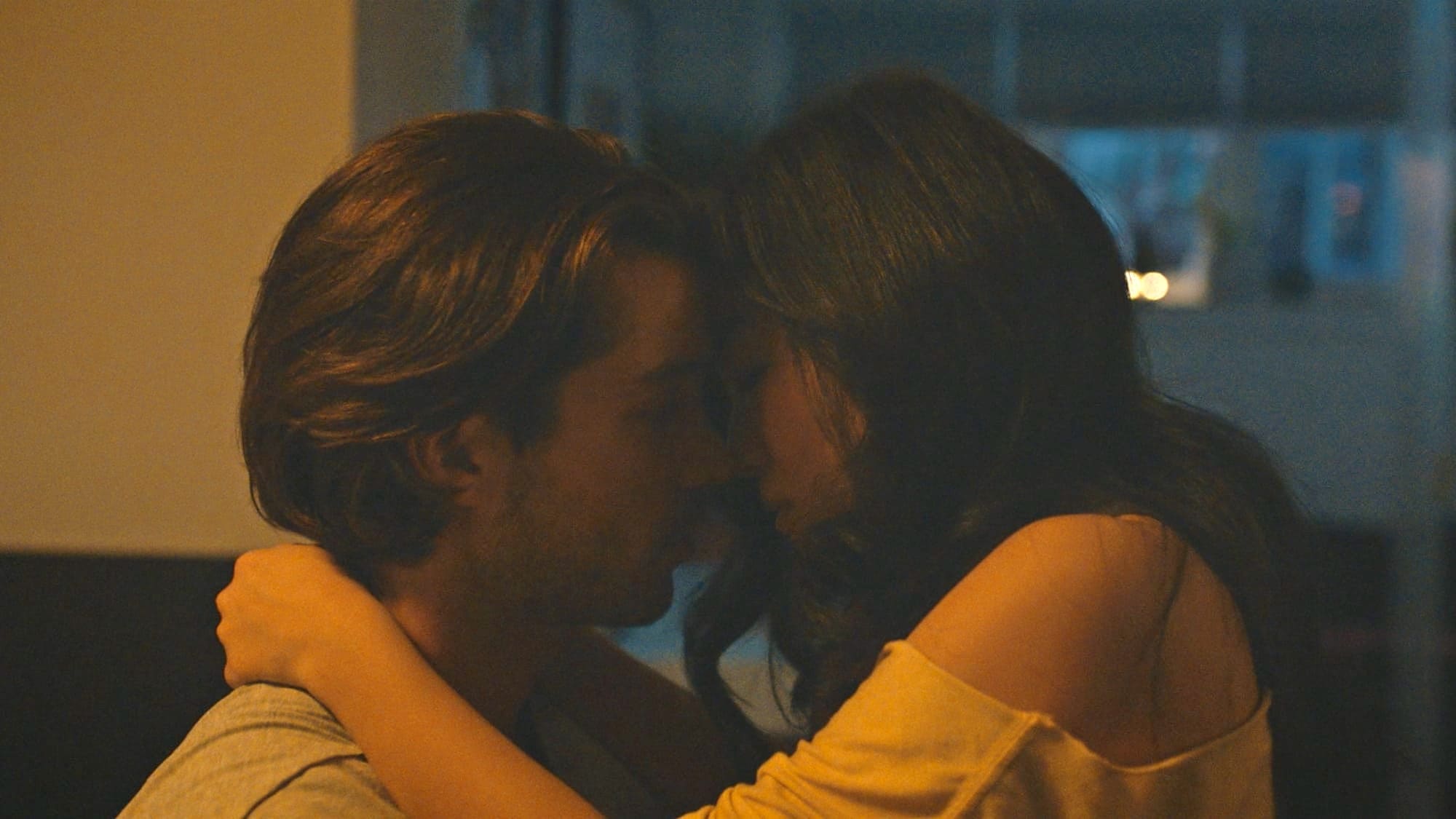 Boy meets girl in Stay the Night, a story of an antsy girl and an angry boy who meet by accident in downtown Toronto and dance around each other hesitantly while writer/director Renuka Jeyapalan teases the audience with the old will they/won’t they.

Grace (Andrea Bang) works in HR but has just got passed over for promotion. Too standoffish for a people-facing position, her boss says. Too picky generally, her sexually adventurous room-mate tells her. Carter (Joe Scarpellino), meanwhile, is an ice hockey player who’s just been canned from his team. Having taken his position for granted, he’s been coasting – till now. Overnight, if he’s very lucky, his agent might find something for him, a slot in one of the minor leagues maybe.

One sprinkling of fairy dust later (do not take this term literally) and the two of them, separately licking their wounds, have met-cute in a club in what would ordinarily be be a pouring-out-of-hearts scene, if Grace was the pouring-heart-out kind of girl, and if Carter (Joe Scarpellino) wasn’t all chewed up by what looks like the end of his career in the big league.

And as we follow prickly Grace and wounded Carter through a night of bars and restaurants, taxis and hotel rooms that’s where Jeyapalan’s canny screenplay keeps us – never quite in the emotional space where thousands of other boy-meets-girl movies tell us we ought to be. It should be “boy meets girl” followed by “boy wins girl” by “boy loses girl”, right? Then wins her back again? Jeyapalan keeps us at bay but nevertheless onside.

Is the romantic drama the most reviled of genres? For the avoidance of doubt I don’t mean the romantic comedy, which seems to get along OK. And yet when the romantic drama works, it is spellbinding, as in Before Sunrise, where the effect was of entering a cocoon with the two protagonists and being carried along with them.

Stay the Night gets most of the way there, perhaps inhibited from going the whole hog by the very existence of Before Sunrise and its follow-ups (and fan club). Grace is very guarded, Carter slightly unknowable. We are at a slight distance.

It is more her story than his. We meet Grace’s room-mate, a few of her co-workers, we see her office, her apartment. As for Carter, he’s more the handsome cipher, though a half-hearted attempt is made to flesh Carter out with a back story about his absent dad. Since Jeyapalan and Bang worked together on Kim’s Convenience, the TV show about a Korean-Canadian family who run a convenience store, it’s fair to assume that Jeyapalan wrote Stay the Night with Bang in mind. I have no inside knowledge. Either way, she gets the big bite of the cherry.

It doesn’t matter, because the chemistry between Scarpellino (this is his debut movie) and Bang works, while DP Conor Fisher helps them along by borrowing some tricks from Wong Kar Wei’s In the Mood for Love, warming up the colour palette as Grace and Carter get close, cooling it back down again as they pull apart.

Telling a story simply and straighforwardly is a skill and Jeyapalan has it. She’s influenced by 1980s romantic dramas featuring difficult but likeable people – they might have starred Meg Ryan or John Cusack – working through their antsiness for our entertainment.

She also plays with ideas about sex. The idea of virginity looms large in this one, which Jeyapalan deliberately undermines with a countervailing idea – the one night stand as the answer to everything.

Life is dirty and majestic, if you can embrace it – that’s his lesson to her. But it’s also no bad thing to have standards – that’s hers to him. All wrapped up in a likeable love story. Sweet.

Stay the Night – Watch it/buy it at Amazon