Review: The Phantom of the Opera

It’s something of a minor industry to make fun of Andrew Lloyd Webber. But with this film version of his stage phenomenon (billions of dollars at box offices worldwide, and counting) it looks like the musical lord is once more going to be having the last laugh.

It’s a story we all know – a hideously disfugured creature, endowed with a gift for music, yearns for the love of a pretty, young singer. He tutors her and turns her into a star. But could she ever love him?

It’s often said that the story is a coded version of the relationship between Lloyd Webber and his ex-wife, Sarah Brightman. Brightman was the original Christine when the show opened at Her Majesty’s Theatre in London’s West End in 1986. And along with fellow stage star Michael Crawford she had been ready to start work on the film version way back then. But divorce, the intervening years and the southerly tug of gravity made these first choices redundant.

Through all that time Lloyd Webber had only one choice of director – so he says – Joel Schumacher. Schumacher is a director with no visual signature, but he’s a slick operator who can turn out a real stinker (remember Batman And Robin?) but he can also hit the odd,  perhaps accidental, bullseye (Phone Booth).

He turns out to be the appropriate choice here. In bombastic mode Schumacher opens out Lloyd Webber’s original production to include more backstage action. This injects cinematic energy into what might have been a lifeless theatrical retread. It’s loud, very loud in parts, and lively, with chorus girls, stagehands, dressers, dance mistresses, impresarios, all the elements of a proper backstage musical. The whole thing looks ravishing too – all candle- and gas-lit, as befits its 1870s setting.

Big names bring with them big expectations. Who can forget Ewan McGregor and Nicole Kidman caterwauling through Moulin Rouge! or Gere, Zellweger and Zeta-Jones in Chicago dancing like they were trying to stamp out burning newspaper? Schumacher and Lloyd Webber instead opt for relative nobodies Emmy Rossum as the starry eyed ingenue Christine and Gerard Butler as the Phantom. The film stands or falls on their performances. It’s once again a clever choice – both are technically up to the task, if a touch bland. Is there a sense that Lloyd Webber actually doesn’t want the film to eclipse the Brightman/Crawford original?

Decorating the edges are more famous names – Miranda Richardson sporting a very strange French accent, Minnie Driver insanely over the top as a diva who is not only extremely highly strung but should be. And Ciaran Hinds and Simon Callow as the owners of the ill-fated Paris opera. Both are clearly in their element as a pair of very ripe fruits – they even get their own Danny Kaye-style number, one of the film’s highlights.

Less successful is Christine’s suitor, the Opera’s patron, wealthy Raoul. This is no comment on Patrick Wilson, the poor actor charged with bringing this prize drip to life. In a film/show like this, there’s only room for one alpha male. And in Phantom, it’s the phantom.

And the music? Well, two show stoppers, some cod Gilbert And Sullivan and a handful of those aimless Lloyd Webber arias might not add up to a classic in everyone’s eyes, but this non-believer was kept entertained. Bottom line: Phantom fans will flock to it, non-believers won’t feel like they’re missing out by staying home.

The Phantom of the Opera – at Amazon 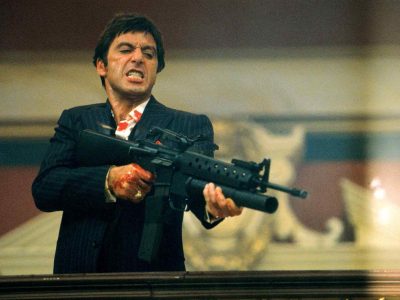 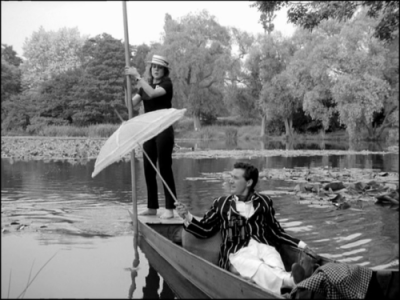 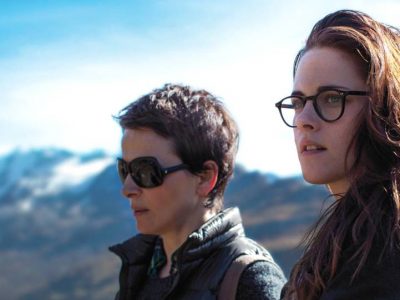