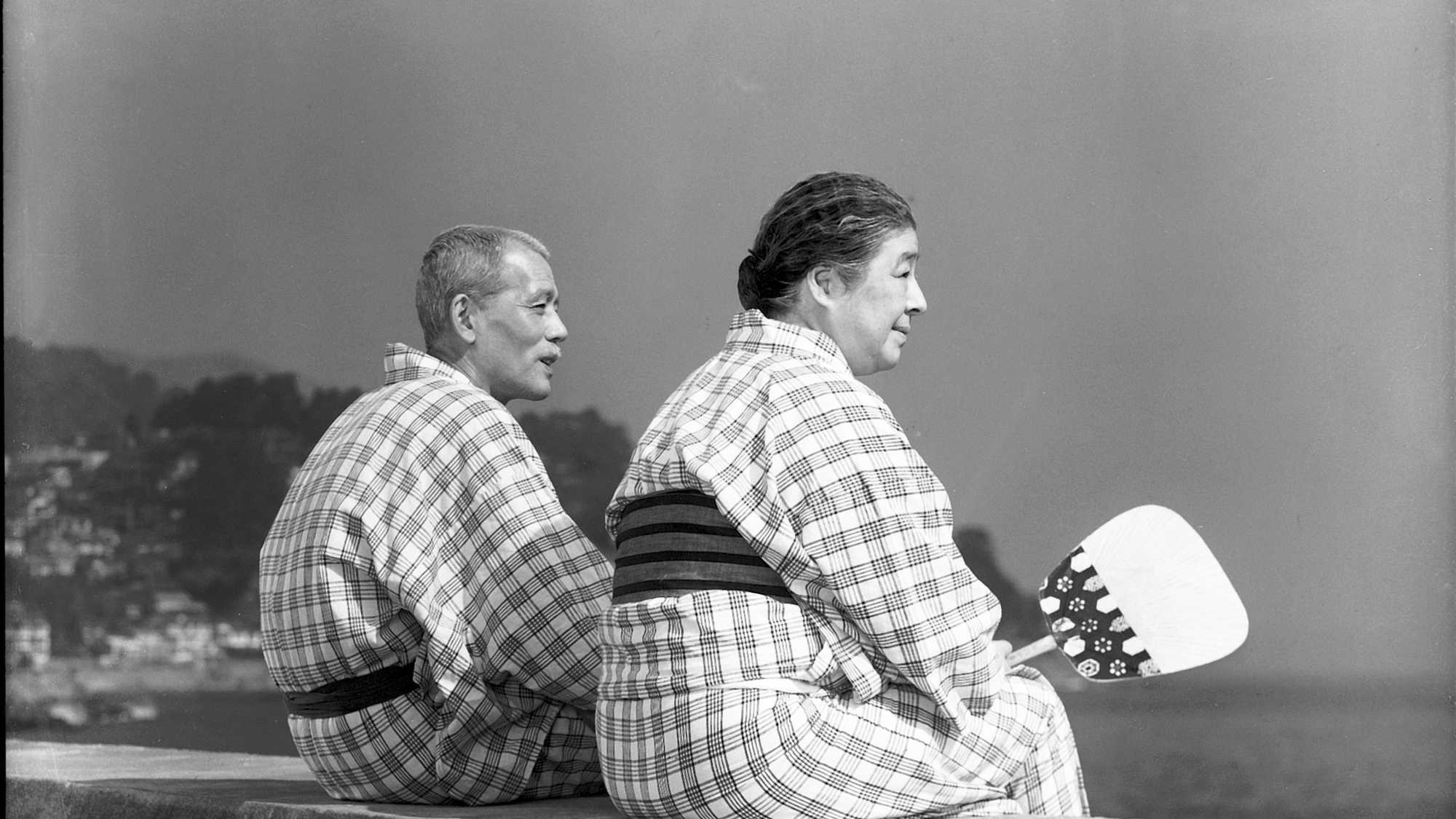 1953’s Tokyo Story is based on a film its director, Yasujirô Ozu, hadn’t actually seen. But his writer, Kôgo Noda, had. And so the 1937 movie Make Way for Tomorrow was adapted into what is regularly described as one of the best movies ever made – 2012’s Directors Poll by Sight and Sound magazine put Tokyo Story in the number one slot.

Both are punishing weepies, both “could make a stone cry” (as Orson Welles said about Make Way for Tomorrow), but Ozu’s film is also an exercise in an equally punishing minimalism. There are no movements from Ozu’s static camera. Actually, there is one, and that’s quite telling. On top of that Ozu keeps his camera on the floor throughout, apart from a bar scene when he lifts it up a couple of feet, out of absolute necessity – the people he is shooting are now sitting on bar stools rather than tatame matting.

Simply, it’s a story about parents who are neglected, scorned even, by their grown-up children, and the tears are jerked thanks to two great performances by Chisû Ryû and Chieko Higashiyama as ageing parents Shukichi and Tomi. Ozu introduces them to us slowly, having first set a scene of everyday suburban normality – kids going to school, trains beetling past, smoke spiralling out of chimneys. Then we meet mum and dad, preparing to take a big trip to visit their children. Excited but doing things the way they should be done. Looking for the air cushion. Gratefully accepting some food that their youngest daughter has made for the journey.

What shakes out is not what these two lovely old people were expecting. Arriving first in Tokyo they are met with smiles and cooing noises and they smile and coo back, especially at the openly hostile grandchildren. The reaction from their own offspring is more nuanced but what becomes gradually more apparent, through the conversations about sleeping arrangements and the little treats and outings planned for the next day, is that Koichi and Fumiko, their son and daughter-in-law, just aren’t interested in having the oldies there.

The parents move on to the homes of other offspring (they had four children), and get the same superficially delighted but essentially indifferent reception wherever they go. At one point one of their kids comes up with the idea of bundling them off to a cheap spa for a couple of days, which the parents accept graciously and smilingly, though the smiles are getting a little forced by now, especially when the spa turns out to be a place full of young people, who party all night and keep the aged Hirayamas awake.

The only exception to this cold-shouldering comes from Noriko (Setsuko Hara), a daughter-in-law who was married to the Hirayamas’ now-dead son. She’s the only one who is genuinely hospitable, warm and open, and who initiates conversations that engage emotionally. To such an extent that Tomi, smilingly, tries to back Noriko off a bit, in the process making much clearer to herself how indifferent her actual flesh and blood are to her and her husband.

The parents return to their small town, chastened, and here the film takes a turn when mother gets mortally ill and the dormant feelings of her children are re-awakened, but not much.

Tokyo Story plays out largely between the lines. What you see is not quite what you get. What people say is not really what they mean. For this reason it’s often described as difficult. But once you realise that it’s what people aren’t saying that’s important there’s nothing difficult about it at all. In fact it even becomes a touch, dare I say it, heavy handed.

Some themes – the Westernisation of Japan (the parents wear traditional garb, their kids are in suits and shirts) – don’t travel well and its slow pace, an Ozu feature, isn’t easily digestible. But it is beautifully made – all those compositions full of receding rectangles – and its main concern, the breakdown of traditional family ties and the shakiness of the supposedly eternal bond between parents and children, is timeless. How will it fare in Sight and Sound’s 2022 poll, due any minute?