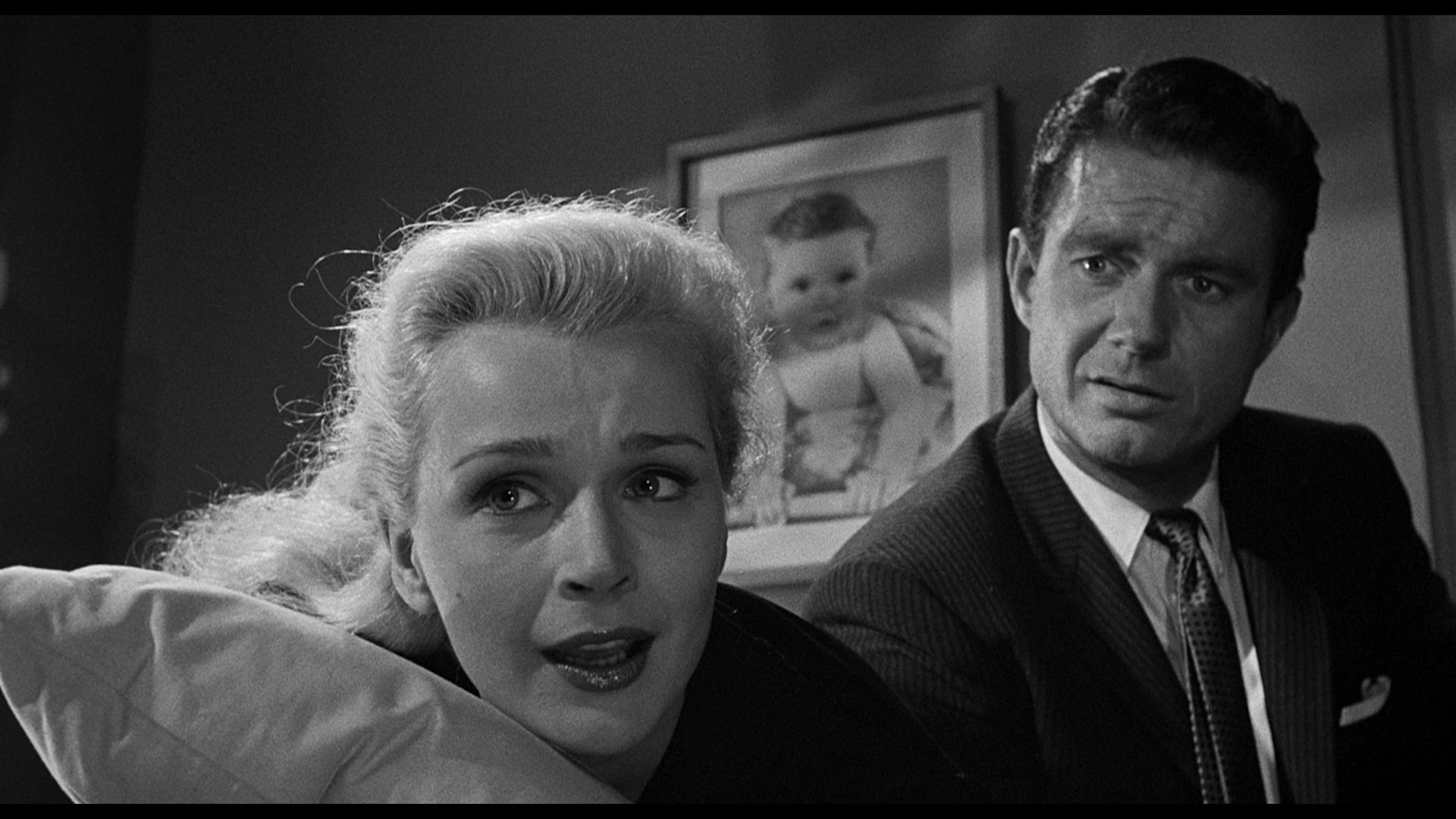 Shock, horror, probe. Sam Fuller’s Underworld USA is further proof that the former crime journalist and pulp novelist’s knack for attention-grabbing material survived the transition from the page to the screen.

Fuller was a newspaper copyboy aged 12, a crime reporter aged 17, a novelist aged 23 and a screenwriter aged 26. A man in a hurry with a newspaperman’s broad-brush approach, a desire to tell a story boldly and clearly… and then move on, in the early 1960s he became particularly associated with low budget issue-driven features that were all about the lurid sell – Shock Corridor (mental illness), The Crimson Kimono (interracial relationships) and The Naked Kiss (prostitution).

Underworld USA fits that groove. An adaptation of a Saturday Evening Post feature by journalist Joseph Dineen, it’s the story of a 14-year-old juvenile delinquent who witnesses his father being killed in a city alley and sets out on a decades-long mission to destroy the men who did it. Not being Bruce Wayne, Tolly Devlin cannot do this by deploying extreme wealth and putting on a bat costume. Instead he uses low animal cunning on his long trek towards justice, first setting himself off on a life of crime with a purpose, to wind up in the state penitentiary where he’ll quiz the now-imprisoned gang boss responsible for his father’s death and find out the names of the henchmen who were also there. In a take-no-prisoners frame of mind, Tolly is going to make sure everyone involved gets whacked.

Phase one of his plan achieved, and now back on the outside, Tolly puts phase two into operation, a complex scheme which involves getting close to the former henchmen, now all top crime bosses in their own right, and playing them off against each other and against the police, with Tolly in the middle pulling all the strings.

Slightly complicating things is a femme fatale called Cuddles (no kidding), a peroxide blonde offering the loner Tolly a chance at normality, wife, kids, if he’s prepared to take the chance. But, also a bit like Bruce Wayne, Tolly is consumed by his quest and is not as easily won around to domesticity as he is lured into bed.

Fuller does it all in the filmic equivalent of a 72-point headline, the characters shrieking off the page, the action absolutely unequivocal and Harry Sukman’s crimetastic soundtrack blaring away, underlining every development and then adding a screamer for emphasis.

In no-messing-about style, when Fuller wants explication, he just drops it in, into the mouth of whoever’s handy. So when the audience need to be brought up to speed fast on exactly how bad the bad guys are, up pops a handy cop to explain that the gangs are now selling drugs to kids at the school gate, or Villain A tells Villain B exactly how much he’s bunging the local police chief or the union bosses to keep them sweet. It gives the whole thing an immediate “ripped from the headlines” feel. Subtle it ain’t.

It’s Cliff Robertson in the lead as Tolly, one of the great nearly men of Hollywood – he was offered Steve McQueen’s role in The Sand Pebbles, turned down the chance to be Dirty Harry. “Nobody made more mediocre films that I did,” he once told an interviewer. Maybe so, but he’s not mediocre here and his oddly unreadable character – mad? bad? misunderstood? traumatised? – adds nuance to a film ready for it. And the fact that Tolly has to think on his feet to make both the cops and the gangsters dance to his tune makes him a doubly fascinating character.

Less nuanced, ripe, lip-quivering acting comes from Dolores Dorn as the sexy, damaged Cuddles and Beatrice Kay, as Sandy, the mother figure in Tolly’s life, a superannuated tart with heart in the Thelma Ritter mould. They sum up what this is: a melodrama, unafraid to reach for the histrionics, to spell out in big letters what’s going on. Hey, that’s journalism.