Review: Vampires vs. the Bronx

Cockneys vs Zombies given a wipe-down and relocated to the US, maybe? But Vampires vs. the Bronx isn’t a reworking of the 2012 British film even though it’s also about the denizens of a run-down part of a world city taking on a mythical horror foe.

Are the vampires even the foe, or is it gentrification? This film gets caught up in its cape over that one but survives largely on likability (it’s certainly not scary) and that’s down to the casting of the three youngsters at the centre of it – Jaden Michael, Gerald Jones III and Gregory Diaz IV as three 14-year-olds, softies in a hard world, though one of them (Jones) is flirting with gang culture.

The film’s in a bit of a twist over this too. Is the hood an urban jungle or is it a nurturing and vibrant community of people looking out for each other, just one stop away from Sesame Street?

Again, it doesn’t in the end matter that much. But over to Murnau Properties (a nod to FW Murnau, director of 1922’s vampiric Nosferatu), a development outfit buying up every inch of the Bronx they can get their hands on, paying whatever’s necessary to repurpose the properties for the new wave of white people. Enter blonde, smiley, “you guys” new-in-the-hood Vivian (Sarah Gadon), followed close behind by oat milk and organic hummus, exit one grateful black or Puerto Rican family after another, off to the ’burbs and a a new life.

Skittering about between Vivian, the redevelopers, the new arrivals and old hands such as kindly, inclusive store owner Tony (Joel Martinez aka The Kid Mero) and local priest Father Jackson (Cliff Smith aka Method Man – well, Wu-Tang is a kind of religion) is Miguel (Michael) and his two homies (Jones and Diaz), trying to organise a block party to raise money to save the hood, even though everyone in the hood seems delighted with the money Murnau is splashing about.

The redevelopment outfit is fronted by Frank Polidori (Shea Whigham), a character straight out of Scooby Doo, who happens to be a familiar for the nest of vampires trying to make the Bronx their own.

Talking of which, no surprises there – the vampires drink blood, don’t like garlic, or holy water, crucifixes or wooden stakes, though this lot do have a handy knack of being able to rise planklike in one piece from a lying position (a move straight out of FW Murnau) and can also sleep hanging from a rafter by their feet, like a bat.

So, kids, gangs, gentrification, girls (the boys are just at that age), vampires, property developers, coffins and a Renfield character in the shape of Whigham. Mix that lot together, throw in some actual vampires with fangs and what we end up with is like a film from the UK’s late and not very lamented Children’s Film Foundation – an improbable, pedal-powered “drat you kids” adventure high on youthful optimism with wobbly special effects.

It’s rated around 13 in most parts of the world, which is about its target audience, and though it’s very familiar in many respects, it’s as likeable as hell, moves quickly and has an attitude to race which, like the musical Hamilton, marks it as another cultural artefact in the era of Post White America. 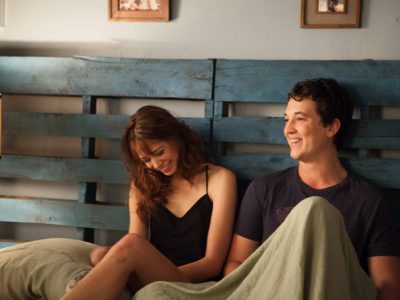 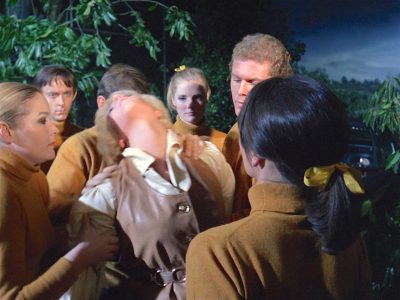 The Avengers: Series 6, Episode 16 – Invasion of the Earthmen 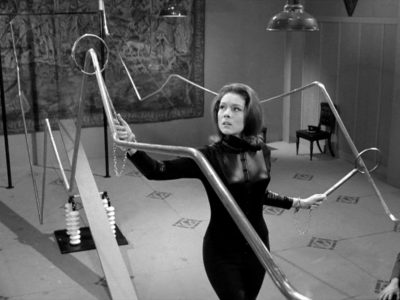