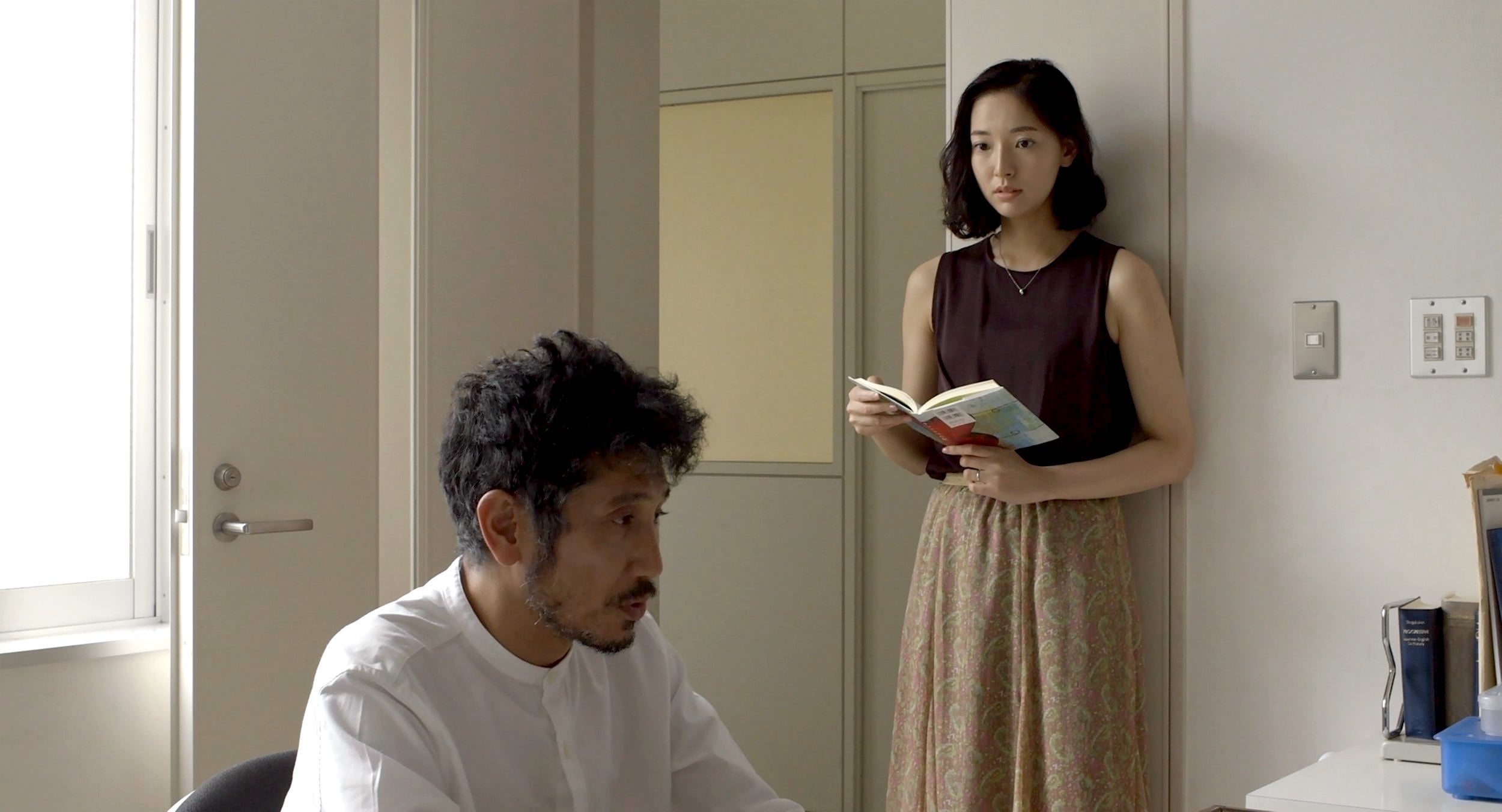 More is sometimes less. Not so with Wheel of Fortune and Fantasy, three separate love stories connected by the fact that the the people in them are a bit fucked up and which together deliver more synergistic bang for your buck than the average single-plot feature.

Offbeat associations are something of a theme with the films of writer/director Ryûsuke Hamaguchi, whose feature debut was all about an astronaut’s relationship with his dead wife. Yes, reader, it was a remake of Tarkovsky’s Solaris, no less – made while Hamaguchi was at college. He went on to explore human relations in films like Passion, Intimacies and Touching the Skin of Eeriness and his current film, Drive My Car (an adaptation of a Haruki Murakami short story) looks like being more of the same (not seen it yet).

There’s not an awful lot to be said about each of the stories without ruining them, but each contains a switcheroo moment, at least one in fact, that changes the interpretation of everything that’s happened before, and quite brilliantly. What can be safely said is that the first one starts out as a conversation between two old school friends, one of whom has just met the man of her dreams, maybe. The second is about a pair of fuck buddies discussing whether to spring a honeytrap on a professer at the university they both attend. In the third two women meet at a school reunion and, during a generic conversation about what they’ve both been doing all these years, realise that they might not be talking to the person they thought they were.

What’s remarkable with all these stories is that Hamaguchi pushes all of these opening scenarios to the next level, and then he pushes them one level more, while managing to keep things just this side of plausibility. Unlike many compendium movies, the stories do not dovetail into each other, and characters from one segment do not start turning up in another – they are all entirely self-contained, each coming with its own opening and closing credits and with its own titles, as if each was a movie in its own right.

A devotee of John Cassavetes, Hamaguchi keeps everything as unshowy and naturalistic as possible. He shoots in longish single takes, but not artily long, with lighting that’s enough to illuminate his subjects – two and very momentarily three people in the frame – and no more. Though the dialogue the actors speak is often of the emotionally unfiltered variety, there’s no melodrama from the actors, who keep both feet on the ground. They are a uniformly talented bunch with perhaps Kotone Furukawa getting the best of it as the confused, bemused, playful, possibly dangerous Meiko, key character in the first story (though, honestly, I could be persuaded that any of the others were just as good).

Magic (or Something Less Assuring), Door Wide Open and Once Again are all little powder kegs and just about perfect at their 30-ish minutes’ running time. It’s a wise decision by Hamaguchi not to take any of them to feature length. But then if you can bring Solaris, original running time 187mins, in at 90, you know everything about not hanging about.

Wheel of Fortune and Fantasy – Watch it/buy it at Amazon

Director: RyÃ»suke HamaguchiWriter: RyÃ»suke HamaguchiStars: Kotone Furukawa, Ayumu Nakajima, HyunriSummary: An unexpected love triangle, a failed seduction trap and an encounter that results from a misunderstanding, told in three movements to depict three female characters and trace the trajectories between their choices and regrets.