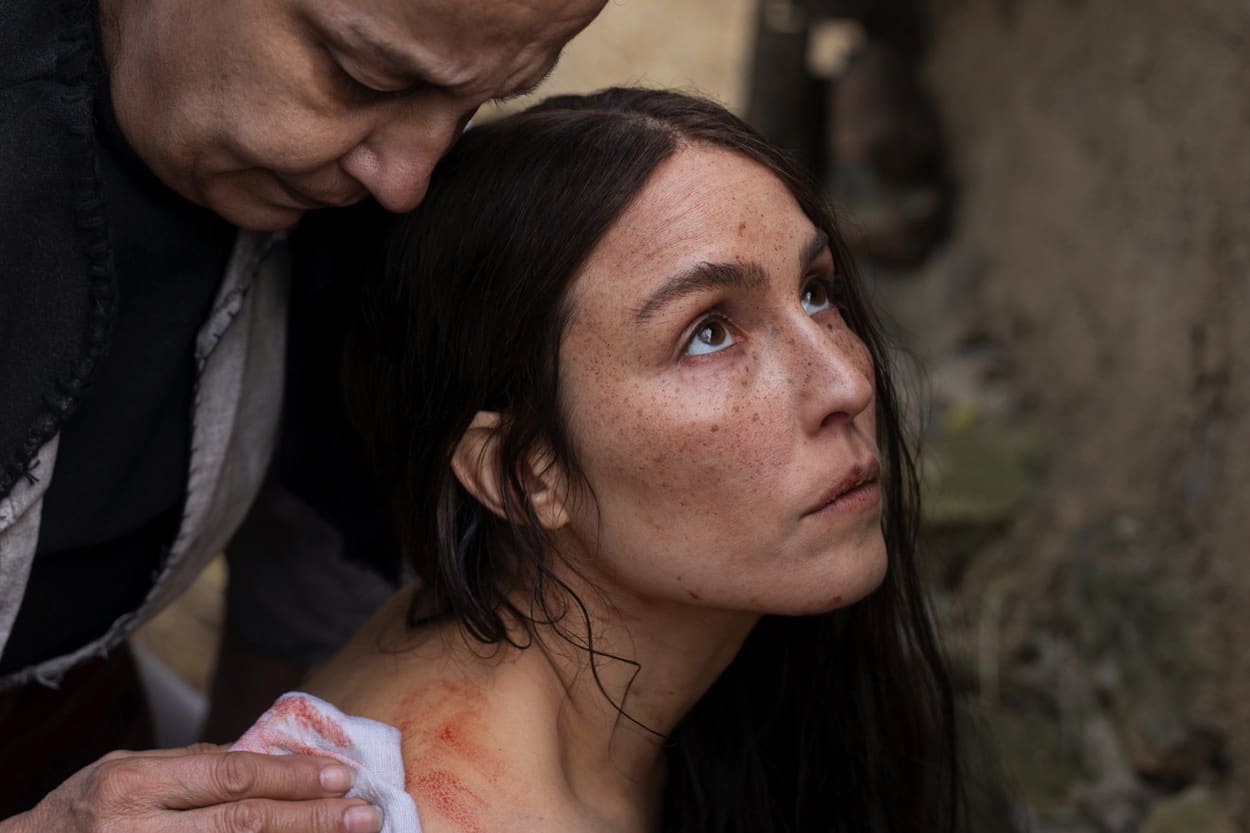 You Won’t Be Alone

You Won’t Be Alone is a fairytale from Macedonia alive to the idea that darkness is a power in the world, one kept at bay by praying and, sometimes, by making unholy contracts with other forces. Its aim is to connect us with the mindset of the middle-European peasants who first told these stories, people who really believed in witches and changelings. Its lack of revisionism is unusual, refreshing and exotic. There’s no Angela Carter feminist re-imagining, à la Dances with Wolves. No Disney self-fulfilment. Marx and Freud are not to be found lurking in the subtext. The Grimm brothers would nod approvingly.

When is it set? Focus Features, who distributed it, suggest it’s the 19th century, but it could honestly be any time in the previous three or four hundred years. This is Europe before mechanisation, a vastly inward-looking society that’s ritualistic, hierarchical, superstitious, yoked to the land and obsessed with making a good match in marriage – a whole life turns on this decision – and vitally aware of the power of shame.

Into this world a female child is born and grows up in isolation – the mother has promised the child to witch Old Maid Maria (Anamaria Marinca, beneath remarkable scar-tissue make-up) and is trying to renege on the deal by hiding her daughter. This does not work. In spite of the mother’s efforts, on reaching maturity Nevena becomes a shapeshifter capable of entering the bodies of other people, jumping from one to another to the next – a woman, a man, a dog at one point (I think), a baby – though she’s been brought up in such seclusion that she barely knows what the world is about or how she fits into it. “Are sparrows snakes?” she asks in voiceover. “Are women wasps?… Me, am I the devil?”

It’s a coming of age story with an unusually steep upward trajectory and a forceful debut feature by Goran Stolevski, who has decided on an impressionistic and intensely subjective treatment of his material. In fact the treatment is so intense that in a way it is the material. DP Matthew Chuang’s camera is up close in the face of whichever actor is playing Nevena, the name of the shapeshifter, be it Sara Klimoska (who gets most screen time), Carloto Cotta, Noomi Rapace, Alice Englert, urgently moving about to indicate an anxiety and inquisitiveness about the world while the lighting is dark to the point of murkiness, characters often just silhouettes barely standing out against the defocused background.

Nevena does not know who she is or what she’s capable of, but she’s learning. Essentially a tale of a young witch’s sentimental education, it’s a “one thing after another” affair, with a series of events, some shocking, others baffling, all hung on the slenderest of dramatic threads, the link between the neophyte Nevena and the witch Maria, who returns at key moments to see how her charge is faring.

Though You Won’t Be Alone is really all about what’s in the foreground rather than the background, the attention to detail is prodigious and the film also operates as a series of sketches about dirt-poor rural life. That scene where, in the midst of the harvest, one pregnant woman, half crouching at the edge of the field, squirts out a new baby, then puts herself back in order, re-arranges her skirts, before stumbling back to continue the scything. Or the one where the villagers, fairly certain that one of their number is possessed (and they’re quite right, she is) gather around and exorcise her.

At various points either Maria or Nevena reach into their own bodies and drag out various organs. There is plenty of offal and there’s quite a lot of ugliness and brutality on display. But for all that it’s a beautiful film, enhanced by Mark Bradshaw’s tinkling music-boxy score, populated by many a lusty swain and fair maid. Sex comes joyously in hay lofts or unasked-for out in the woods. It is familiar and yet fresh, like the landscapes of Macedonia, wedged between Greece and Bulgaria, or the fascinating face of Sara Klimoska. This film will probably make her a star.


You Won’t Be Alone – Watch it/buy it at Amazon