You don’t go to a Rolling Stones gig to hear new tunes. And you don’t turn out for Star Wars – reboot or not – for new stories. And yet. JJ Abrams, having done a remarkable job on the first Star Trek rejig, does bring lots that’s fresh to Star Wars in a film that seemed more remarkable the more I thought about it. At first it appeared to be a case of “same but different”, with every new thing and new character an echo of something from the first three films (numbers IV to VI) – Adam Driver’s Kylo Ren is a Darth Vader figure, John Boyega’s Finn is a wide eyed Luke Skywalker equivalent, Oscar Isaac’s Poe Dameron has the chutzpah and reluctant-leader dynamic of Han Solo, even the new droid, BB-8, is a wink/nudge R2-D2. The clothes have that army blanket look that they did in the first Star Wars. Scottish accents abound. There is talk of popping a missile down a vent or chute or something. There’s a bar scene. Legacy film-making. Daft Punk drafting in Nile Rogers, kind of thing. And then, after a wobbly start, Daisy Ridley starts to assert herself. We have met Ridley’s Rey on a desert planet where she scavenges for scrap metal, and it soon becomes apparent that it’s Rey not Finn who’s the Skywalker figure, and also that it’s Rey who’s going to drive the last three films of the series (apparently there are way more than that planned, but let’s see). Finding an actor to play Rey must have been like casting Scarlett O’Hara in terms of stakes, and hasn’t Abrams got it remarkably right? A limber young woman of spark, grit and immensely likeable smarts is what Rey needs to be, and Ridley brings all of those qualities to the role. She also has a face that the camera loves. As to the film, there’s not much point going into it – you have already decided whether to watch or not – except to say that it’s cleverly sold as being about the search for Luke Skywalker, when it’s nothing of the sort, and is really about Abrams and screenwriter Lawrence Kasdan (who wrote The Empire Strikes Back – the series benchmark) reminding us what the last three films in the series seemed to have forgotten. That Star Wars is an adventure first and foremost and that all that “force lore” needs to be fitted in round the action, not vice versa. And there are jokes. Jokes, George Lucas. As for Han (or “Hon” as some of the characters call him, it being so long now since the original film that there’s been a vowel shift in American English), Leia, Chewbacca, C-3PO and Luke, it’s genuinely lovely lump-in-throat emotional to see them all back, even in baton-passing roles. Unmissable.

Here’s an austere, grim but worthwhile film, coolly shot and played, mostly by Tim Roth, who has the role of a nurse who cares for people in the terminal stages of their lives. Roth not only looks the part but hauls bodies into and out of sickbeds as if he’s been doing it for decades. And we’re aware that this is a man who is taking great pains to connect with his patients, partly because he’s a compassionate human, but also because there’s a big hole in his life where his own family should be. This family theme is echoed in odd glimpses we get of the nearest and dearest of the dying people Roth cares for, all of whom seem to consider that because he’s doing the heavy lifting (literally and metaphorically) they don’t need to. This leads to… let’s say… an incident, a few incidents, in fact. And gives this film which would otherwise be a bit of a maudlin trudge adorned with skeletal humans, some covered in shit, a great dramatic push.

Chronic – Watch it/buy it at Amazon

I was surprised to find that Saturday Night Live veteran Paula Pell wrote Sisters – about two middle aged ladies having one last party in their parents’ house before they sell up – because it feels so naturally as if its stars, Tina Fey and Amy Poehler, are just riffing off each other, trying to top what the other one just said, much as you’ve probably seen them do in their various awards show appearances. The plot is just exactly as I’ve described and there’s nothing really more to it than that – a tiny bit of love interest for both ladies, plus gags about dogs with yeast infections between their paw pads, vaginal reconstruction, penises, colonoscopies, pretty much exactly what you’d imagine in a post-Bridesmaids world. It is very charmingly and funnily done, with Fey and Poehler’s laserlike comic timing adding extra edge to Pell’s jokes. But oddly enough, it’s the simple things that really work – the sight of two women in their 40s screaming like teenagers and almost hyperventilating as they jump up and down on their beds, for instance… Like many/most SNL offshoots, it does have the feeling of an extended sketch, which is exactly what it is, and the urge to give the ladies an arc leads to the sort of feelgood big-hug finish that isn’t exactly what the set-up promised. Funny all the same.

Sisters – Watch it/buy it at Amazon

Is it wrong to talk in an objectifying sense about a woman’s body when there it is, objectively beautiful? Leaving that to one side, here’s the objectively beautiful Elena Anaya, a Spanish actor with Almodóvar on her CV, in what looks like a Scottish movie about couples who swing. She’s the hot wife of the limp-dicked unemployed Owen McDonnell who, when challenged by her magazine editor boss to come up with some features ideas, decides to kill two birds with one stone by encouraging her husband to join her on the swinging scene. Soon, after a false start that’s actually the funniest and most believable bit of the film, they’re on the highway to group sex in a murkily lit party where matters come to head – one of them is enjoying the swinging quite a lot more than the other, it seems. Apart from one cock early on, and rather a lot of Anaya’s exposed flesh (see earlier endorsement), this is a far less explicit film than you might imagine, and one that’s not entirely sure of its emotional position vis a vis sex with people to whom one hasn’t been properly introduced. So while the sexual stuff does kind of work, and there’s enough actual plot to drag us from the beginning of the film to the end, something doesn’t fully stack up. Anaya is the reason to watch it, and is one of the film’s producers, too. Which does explain the refreshing lack of British sexual prudery.

Swung – Watch it/buy it at Amazon

Give Krampus a while to get going; it needs it. Until it does actually hit full speed, gaze upon its Gremlins-style production design, and the similarly angled acting of Toni Collette, Adam Scott, David Koechner and the gang, as a gaggle of ungraciously thrown-together family members trying to refrain from hitting each other over the Christmas period (I know, a Christmas movie at this time of year – I can only say the three words “home entertainment window”). That is until they are set upon by Krampus, the “shadow of Saint Nicholas” who has been invoked by the family’s antsy tweenage boy (Emjay Anthony) who’s basically done a “fuck you” to Santa and brought the pain… Krampus really does know who’s been naughty or nice. As I say, give it time, because the eye-opening aspect of this film is the design of the creatures who accompany filthy, enchained Krampus (only just glimpsed, in fact) as he huffs and puffs his way down the chimney – the malevolent gingerbread men, a teddy bear with razor teeth, menacing snowmen, a wind-up tin robot with stabbing appendages and plenty more. It’s all very very good, and as the film progresses, it speeds up, becoming almost magically manic by the time the elves arrive and things move towards a grim/Grimm finale that’s so engrossing you almost forget that none of the humans seem to be behaving as you’d expect them to – the missing daughter who’s never again referred to? That. Resisting Disney every inch of the way, Krampus does nevertheless have its Christmas cake and eat it. I’ll say no more, except that it’s not quite the classic it clearly is intended as, though it isn’t far off.

Krampus – Watch it/buy it at Amazon

Victor Frankenstein is directed by Paul McGuigan, who has a few of the TV Sherlocks under his belt, and it shows. The other influences are Guy Ritchie – who directed Sherlock on the big screen, coincidentally – and Hammer horror. James McAvoy leaps about like Peter Cushing in his early years, as the demented young Baron-in-waiting determined to conjure life into assortments of offcuts, animal at first, human later. Helping him in his endeavour is Daniel Radcliffe as a circus hunchback and practical genius whom Frankenstein first cures (his hunch isn’t all it seems) and then renames Igor. It’s all rather jolly, in a fairly inconsequential way, though Andrew Scott (Moriarty in Sherlock) is rather snivellingly great as a religiously demented inspector affronted more by the fact that Frankenstein is encroaching on god’s turf than by the fact that he might be a murderer. And Jessica Brown Findlay is in it too, as a sort of love interest for Radcliffe, a relationship which in terms of credibility made the jolting of life into a bag of offal seem entirely plausible. Being kind, I’d say there are too many characters here with not enough to do, and Brown Findlay seems to be in it simply because she was in Downton Abbey. Pushed to be even kinder, I’d say that the steampunk “creation” scenes – lashings of rain, torrents of lightning – are rather dramatic. Yeh, you know, it’s OK.

There are throwbacks galore in this British horror thriller about a girl being monstered by her family. The fact that she’s an amnesiac takes us back to those Freudian thrillers of the 1940s. The fact that it’s a big old house and the family are behaving weirdly, particularly the two siblings, recalls The Innocents. But only a touch – let’s not get carried away. The film certainly doesn’t, keeping its powder quite admirably dry as January (Amy Manson) is spotted first on holiday in Brazil with her boyfriend – cue terrible motorbike crash – then as she is decanted back into the family pile, where feverish mother (Eileen Nicholas), stern father (James Cosmo), petulant sister (Nora-Jane Noone) and sexually creepy brother (James Lance) await. There’s a boyfriend too, and good though Simon Quarterman is as the luckless Callum, there’s no real reason for him to be in this film as long as he is (is that a spoiler right there?). Estranged’s big plus, in fact, is its actors, who add a level of menace and mystery above and beyond what director Adam Levins and cinematographer Gary Shaw are adding with cameras that frequently rise menacingly from down low or descend shockingly from on high. Brian Crosby’s original music, meanwhile, complements the clanking, wheezing central heating that’s keeping this draughty pile barely warm. In fact the talent on display started to make me wish for a story that was weightier than the rather familiar, if effective, one that Estranged is telling. Nicely done, though. Nicely done.

Estranged – Watch it/buy it at Amazon 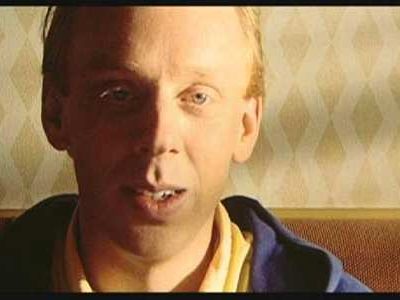 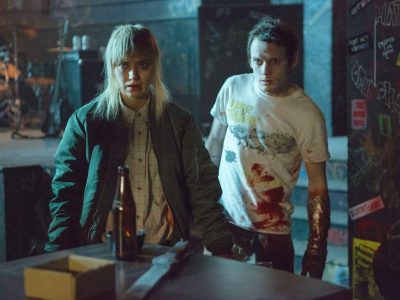 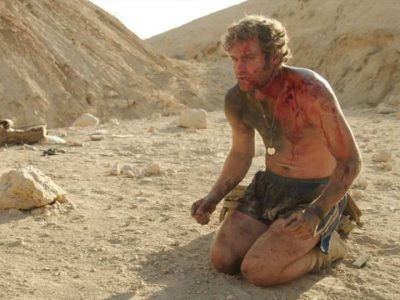