Available in the UK this week

Jack Reacher (Paramount, cert 15, Blu-ray/DVD)
In this adaptation of the Lee Child novel One Shot, vigilante investigator Jack Reacher is called in to clear the name of a guy even he thinks is guilty of shooting a whole load of innocent folks. Coming across as a little bit Batman and a little bit more Clint Eastwood’s Man with No Name, Tom Cruise’s Reacher is in fact mostly Stacy Keach-era Mike Hammer. Because this is an exercise in cornball noir, the sort of film where people still use quaint terms like “patsy”, where relations between men and women are chivalrous – that’s Rosamund Pike in what amounts to the Lauren Bacall role as the classy dame. This is Christopher McQuarrie’s first directing gig since 2000’s The Way of the Gun and he lays on classic noir locations, dredges everything in luxe noir visuals, and even gets the next best thing to Peter Lorre in as a villain – that’s Werner Herzog as a sibilant German Mr Big. You can argue that Tom Cruise is a bit wee to be playing the 6ft 5in Reacher, as some have, but he’s eager to get his top off and show that he’s not in bad shape for a guy in his 50s, and he cuts the mustard in the fight scenes, most of which are ridiculously enjoyable exercises in showing off. An appraisal of Cruise’s physical status apart, this exercise in noir stylistics works, even if there is a bit of hole where Reacher’s actual personality is meant to be. But that’s deliberate, him being an avenging angel and all that, right?

Rabies (Soda, cert 15, DVD)
This Jewish Israeli story of four sex-obsessed teenagers going into the woods puts an interesting spin on the old formula by having the bad guys as something of a shadowy force. Instead it’s the good guys you’ve got to watch out for, their half-cock scattergun response to jeopardy being as bad if not worse than what they’re responding too. Is someone making a point about Israel and Palestine? I think they are. At least I hope so, because this intensely black comedy squeezed not even the tiniest dyspeptic grin out of me.

Love Crime (Arrow, cert 18, Blu-ray/DVD)
A sophisticated operator (Kristin Scott Thomas) is readying herself for the next leap up the corporate ladder, having nicked most of the work and ideas of her entirely meek, pliable, “we’re all in it together” personal assistant (Ludivigne Sagnier). Of course no one can be that meek, can they? Give this French thriller at least 45 minutes before even thinking of giving it the heave-ho, because it’s only then that it actually announces where it’s going. At which point its ingenuity will have you leaning forwards in fascination, then leaning backwards to drink it all in.

Planet Ocean (Universal, cert E, Blu-ray)
Did you know that we are overfishing the oceans, polluting them to death, that we are a scourge on the planet, in fact? You did? This French documentary narrated by Josh Duhamel assumes you don’t. It’s Attenborough with more attitude, An Inconvenient Truth of the oceans, and apart from its over-urgent polemic it is genuinely fascinating, is stuffed with facts and crammed with brilliant footage. And it’s not afraid to use big words either – “calcareous” anybody?

Dollhouse (Soda, cert 18, DVD)
Not to be confused with the Eliza Dushku TV series, this highly flavoured Irish drama is about a bunch of almost feral Irish kids who break into a holiday home for a night of fornication, intoxication and a general trashing of the place, and themselves. Almost entirely improvised by its brilliant cast, this film keeps us guessing as to where it’s going. That destination actually turns out to be rather disappointing, but if you turn off about 15 minutes before the end you’ll have had a good 75 minutes of angst-filled, gripping and unusual entertainment, if that’s the word for it. Amazing to think that Kristen Sheridan, its director, was also responsible for that heave-inducing bucket of Hollywood slop August Rush.

Knightriders (Arrow, cert 15, Blu-ray)
The Blu-ray debut of George Romero’s “non-zombie” drama from 1981, about a medieval re-enactment troupe who stage jousting tournaments on motorbikes. It’s a film about the dying idealism of the hippies and its place in Reagan’s America, the whole plot sitting on the capable shoulders of Ed Harris, in his breakout role, as the king of the gang unsure how to monetize the act while staying true to an almost courtly code of counterculture. I’m making it sound boring. It’s not. There’s a pre-Raphaelite attention to costume, the action is well choreographed and looks dangerous and it’s lots of fun, even though I suspect Romero thought that this was his version of Easy Rider.

Putty Hill (Moviolla, cert 15, DVD)
Faintly reminiscent of David Gordon Green’s debut, George Washington, Putty Hill is a drama that drops us straight into a backwoods Baltimore community as it assembles for the funeral of one of its children, a young man who OD’d. Verité in style and not caring for niceties of lighting and sound – when they don’t need to be cared for – it’s a tender, non-exploitative drama made with non-actors, is structured like a documentary (there’s even an off-camera interviewer) and makes the work of naturalists, such as the Dogme crew, look mannered. Behold co-writer/director Matthew Porterfield, a major new talent. 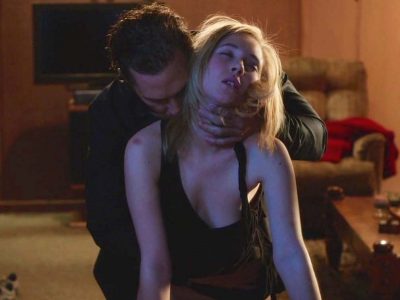 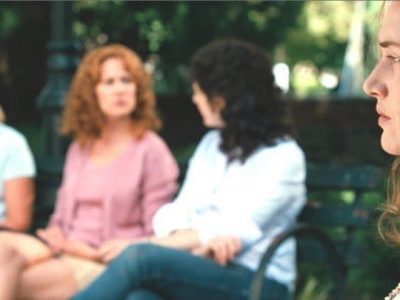 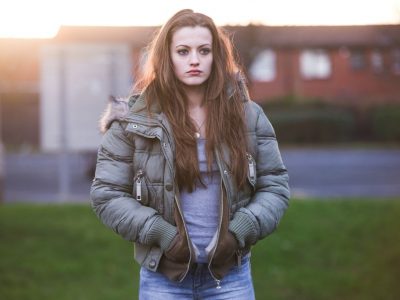