Review: The Importance of Being Earnest

Dead at the age of only 46, with possibly his best years still to come, Oscar Wilde’s life was changed by his conviction for gross indecency with men, on this day in 1895. Wilde had first gone to court after the Marquess of Queensberry, the father of his lover Lord Alfred Douglas, had left his calling card at Wilde’s club, the Albemarle, with the words, “For Oscar Wilde posing somdomite (sic)” written on it. Wilde took this as an attack on his reputation, and sued Queensberry. Queensberry, famous for laying down the rules of modern boxing, responded vigorously, hiring private detectives who testified in court that Wilde was a prolific and flagrant homosexual who delighted in perverting young men. Wilde lost the case and on leaving the court was charged with sodomy and gross indecency (then as now “gross indecency” is a decorous term designed to spare blushes rather than establish facts). At his trial Wilde made a spirited defence of “the love that dare not speak its name” – intellectual Platonic love, or so he said. Wilde, and his lover Alfred Taylor, were sentenced to two years’ hard labour. Wilde’s health collapsed while he was in prison, as did his ear drum when he fell over weak from illness and hunger. Two years later, having been transferred several times, Wilde was released. He wrote The Ballad of Reading Gaol while incarcerated but nothing else of note after he was released, claiming that he had “lost the joy of writing.” He died, poor and in exile, in a Paris hotel, of cerebral meningitis, brought on either by syphilis, or as the result of an operation, or as a consequence of the ruptured eardrum he’d suffered while in prison.

The Importance of Being Earnest (1952, dir: Anthony Asquith)

Written the year before he went to law to protect his name, Oscar Wilde’s best and funniest play is all about men who are pretending to be something they’re not. In the case of Jack and Algernon it’s a fairly harmless case of trying to have fun. Algernon does it by having an entirely fictitious and demanding sick friend, Bunbury, who can always be relied on to get Algy out of a boring social engagement. Jack, meanwhile, is known as reliable old Ernest when at home in the country, switching to his alter ego only when he’s up in the city. Or is it vice versa? Taking the idea that the trivial things in life should be taken seriously, and the serious trivialised, Wilde turned the sober, empire-building Victorian ideal on his head in a play that concerned early reviewers with its dearth of socially engaged themes. This lack of cultural specificity is exactly what gives it staying power, here, in Anthony Asquith’s 1952 adaptation and even in Oliver Parker’s adaptation, made another 50 years on. The Asquith version is ahead in every respect, not least because Asquith understands that to open up the drama – to make it more cinematic – is to kill it. Wilde had cut the play from four acts to three, deleted characters, polished every line, and there’s absolutely no need to start adding weight to something that floats as if on air. Michael Dennison and Michael Redgrave make a decent fist of playing Algy and Jack, and their romantic interests – both of whom are in love with the idea of being in love with a man called Ernest – are also charming in the hands of Joan Greenwood and Dorothy Tutin. But it’s in the support playing that Asquith’s Earnest triumphs. Edith Evans’s comedy trombone of a voice giving the line reading of the words “a handbag” immortality, Margaret Rutherford as dithery governess Miss Prism and Miles Malleson as goggle-eyed Canon Chasuble. Actually, it’s Wilde’s writing that is triumphant, his epigrams pushed to the point of absurdity – “I never travel without my diary,” says Gwendolyn, echoing Wilde himself, “one should always have something sensational to read on the train.” Thanks to the use of Technicolor (looking good in Criterion’s restoration) the film looks pin sharp to this day, with the appropriately exaggerated colours that Technicolor offers only really wheeled out in the case of Lady Bracknell, her outfits a match for her purple temper and delivery – “Rise, sir, from this semi-recumbent posture,” she intones at Jack Worthing having found him on one knee proposing to Gwendolen. Notice the dive-bombing bird on her hat. There aren’t actually that many filmed productions of Wilde’s most famous play – previous versions were made for TV and are now all lost – this one by Asquith is now the oldest one left in existence. And the best.

The Importance of Being Earnest – at Amazon 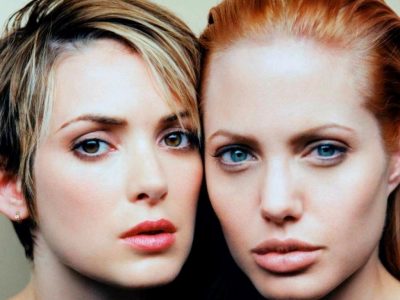 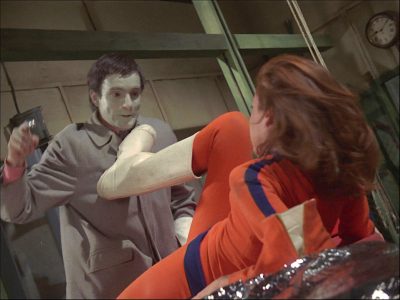 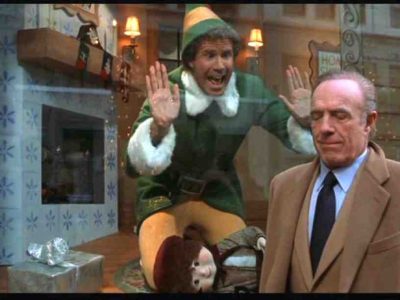