Review: The Avengers: Series 4, Episode 15 – Room Without a View

The title of EM Forster’s novel is parodied in Room Without a View, for reasons which never really became clear to me, but then on looking back over my notes to this episode I realised I could remember barely any of it.

Some things I do remember, though, such as the bare bones of the plot, which are standard formula stuff – a scientist (Peter Madden) back from a mysterious disappearance attempting to kill his wife (Jeanne Roland), having been brainwashed and broken by the Chinese. Which is presumably why the overwrought man is trying to kill her, since she’s oriental (Roland was born in Burma).

Is “oriental” a PC term or not? I can’t keep up, so forgive me if I’ve trodden on any toes. Far more egregiously, Roland gets no screen credit – a woman and non-white is presumably the reason why – even though she has a speaking role and interacts on more than one occasion and is a fine addition to a strong cast. Men in other episodes have had a credit for far less.

Back to the plot. Steed and Peel are soon on the case of the dangerous boffin, which seems connected to a hotel that’s implicated in more than its fair share of missing persons, all of whom are in the “brain drain” category of people the country can ill afford to lose. And at the centre of the web sits Pasold (Peter Arne), a supercilious brain-drainer in chief.

The notion of the brain drain as an international conspiracy against the UK was prevalent at the time, and suggested that skulduggery was causing highly qualified Brits to become expats, rather than it being just a case of individuals preferring the terms and conditions offered by other countries. But, bogus or not, without that idea, Room Without a View would go nowhere.

Its on-message politics to one side, there are three things that stood out for me in this episode. Or rather they did when I had my memory jogged on reading my notes.

The first is the excellent supporting cast. Peter Jeffrey as a ministry flunkey doing everything by the book. Long-legged Philip Latham as the manager of the hotel from which the brains are being spirited away. Paul Whitsun-Jones, as the hotel owner, a little fattie who is the butt of many jokes about what he can and cannot eat. Vernon Dobtcheff, a go-to man at the time for characters from the other side of the Iron Curtain.

The second is how clearly The Avengers has now internalised not just James Bond but the spoof responses to 007 that were beginning to litter the decade – films featuring louche spies Matt Helm (played by Dean Martin) and Derek Flint (James Coburn) were just around the corner.

Also notable are the aspirational attitudes on display – fine food is served up in fancy hotels, with a sneer if you’re not quite of the right social class. Which leads to some of the most amusing moments, when Emma (who is working undercover on the front desk at the dodgy Chessman Hotel) is forced to take orders from manager Carter (Latham), bridling every time he snaps his fingers at her. Perhaps that’s why in this episode Diana Rigg has decided to play Mrs Peel with an even more assertively cut-glass accent than usual.

Roy Ward Baker directs and brings some movie slickness to the whole affair, and is helped by Roger Marshall’s screenplay, which factors in multiple location changes. The action even switches to China at one point. But the editing has a more filmic quality too – more cutaways, more edits, slicker, pacier, more dynamic.

Don’t look too closely at the fight sequences, where the stunt doubles really don’t pass muster. Macnee’s stand-in is particularly obvious, though these episodes were designed to be shown on lo-def 405-lines TVs, so it’s forgivable.

Like I say, can’t remember much of it, so in spite of its obvious pluses, I’d give it a swerve if you were looking for an episode of The Avengers to watch.

The following week’s episode is a different matter altogether. 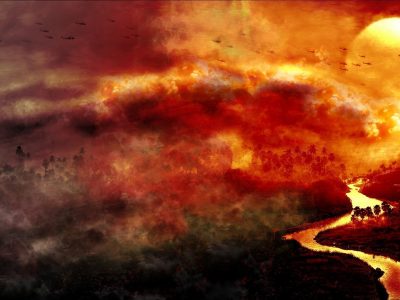 The Smell of Napalm, Now in Glorious Technicolor 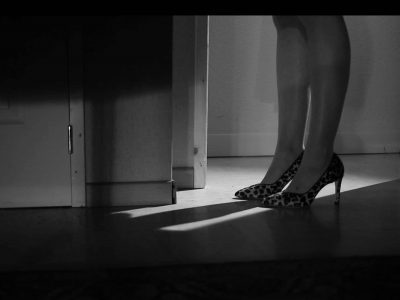 The Woman with Leopard Shoes 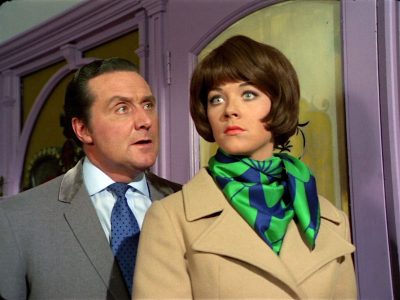 The Avengers: Series 6, Episode 1 – The Forget-Me-Knot