Out with the old, in with the new in The Forget-Me-Knot, a handover episode that saw Diana Rigg leave The Avengers and Linda Thorson join it.

Much has been said about Thorson – a good overview can be found here at Avengers Forever – and I’m not going to add to it here, except to say that I reckon she makes the best of what looks like a very bad situation. Departing/returning showrunner (all also detailed at Avengers Forever) Brian Clemens is clearly angling to ditch her as soon as he gets his feet back under the table and throughout this series again and again brings in obvious try-outs while “ill” or “injured” actionwoman King is forced to sit out one episode or another.

But on with this one. Steed and Peel, still, just about, and a story about amnesiac spies, with things getting going as Steed and Peel are about to enjoy an Irish coffee while doing a crossword. Enter a befuddled agent (Patrick Kavanagh) who remembers enough to have found the apartment but doesn’t really know much more than that, apart from the fact that a traitor is at work in the department.

Off Steed heads to HQ, to visit Mother, his wheelchair-using, fat, eccentric superior – a man (Patrick Newell) playing someone called Mother being a sign that there’s life in the series yet – pausing only to deflect an attack by an over-enthusiastic trainee (it’s Tara King) as he passes through the spy school.

Mrs Peel, meanwhile, is trying to shake loose some memories from the amnesiac’s mind, only to have her own compromised when a pair of thugs arrive and do to her what they’d done to him, rendering her blank too.

And that’s about it for her. Most of the rest of the episode Mr Peel spends locked up.

Steed too ends up being struck by an amnesiac dart – three in fact, just for good measure – and wakes up in hospital where the doctor concludes that the man in front of him in the hospital bed has had a few drinks too many. Considering that Steed drinks in Mad Men fashion, that’s not a bad diagnosis, albeit the wrong one.

So who’s the traitor? Well, Tara King to one side, and assuming it’s not Mother, that leaves the only two others we meet – played by Jeremy Burnham and Jeremy Young. Choose your Jeremy.

Without detailing the entire plot, Tara does help save the day and order is restored, only for Emma Peel to discover that her husband has been found alive and well. And, too hastily to be credible (and surely that’s because this stuff was shot AFTER Rigg had actually left the series and she was doing everyone a favour by turning up at all for reshoots), Peel is gone, bidding Steed a touching farewell, Steed addressing her as “Emma” rather than Mrs Peel, the sudden drop of formality going off like an emotional depth charge.

Emma’s parting shot is to cross Tara on the stairs as Tara arrives, where Emma passes on some sexist information about the way Steed likes his tea.

And so a new chapter begins, with Tara King presented as an agent making up in pluck what she lacks in experience.

Notice Patrick Macnee’s physical bearing in this episode. He’s moving in the way you associate with an ageing stage farceur – the appearance of being lively rather than liveliness itself. Technique filling in the gap opened up by sadness – just a thought.

The imdb refers to this as season seven. I’m saying six, along with most of the fan sites, and in line with the pretty much definitive Studio Canal box set. The reason why the imdb and others say seven is because they’re taking the final block of eight Emma Peel episodes as a separate season. But since there were only eight episodes in that production block, lumping them together with the 16 episodes of what everyone agrees is season five brings the total up to 24, much closer to the usual Avengers run of about 26 episodes. 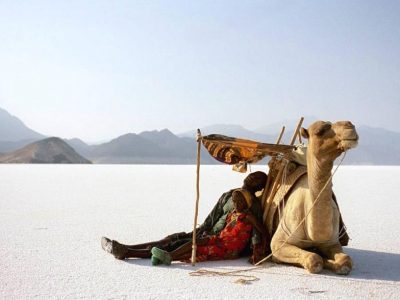 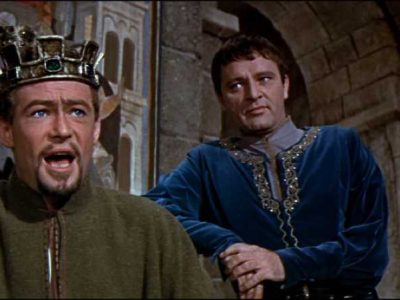 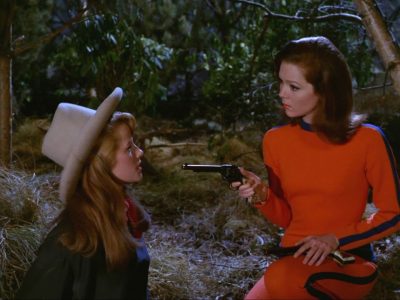