Review: Down in the Valley

Ed Norton continues on his quest to become the new Sean Penn with this very unusual and initially brilliant examination of the cowboy myth and its survival into the modern world. This represents itself in a Bonnie and Clyde love story between Harlan, an itinerant cowpuncher cum gas station attendant (Norton) who immediately quits his job when young and foxy Tobe (Evan Rachel Wood) drives in for gas, and heads off to the beach with her. What a free spirit. What we don’t at first know, but soon becomes apparent, is that our Stetson-wearing South Dakotan is a nutjob. But until that is revealed we are treated to the sort of drama that Robert Redford might once have starred in – sun glints off the lens and there’s a cute singer-songwriter with a guitar on the soundtrack. Norton’s hat is an ironical white and so is his horse. He’s a man out of time roaming the San Fernando valley, where the sweep and the scrub of bits of the old west abut new housing developments. And with him periodically rides the girl’s kid brother (Rory Culkin), younger and even more impressionable than the possibly not so dumb girl.

How does the myth of the west fit in to a world driven by other concerns? Can a man like Harlan survive in this different world? Or were men like him an aberration even in the old world, a cometh-the-time/cometh-the-man period that’s now long gone and thank god for that? That’s the direction that writer/director David Jacobson’s film appears to be moseying, but it’s a half-hearted journey and the questions appear to be being raised as much to lend tone rather than to provide answers, or even considerations.

Norton is typically intense as the sad fantasist who isn’t at all the sort of man he’s pretending to be, whose slow cowboy wisdom shtick probably wouldn’t impress anyone other than a 18 year old and her 13-year-old brother. And this is certainly a film for those who like fine actors giving it their best shot. Evan Rachel Wood is a pretty but tough flower as the girl half his age who’s rebelling because it’s in the teenage script. And David Morse is perhaps best of all as her father, the correctional facility officer – a sheriff stand-in – putting things into the film that surely aren’t there on the page, such as that stiff-legged walk of the violent man who’s always aching to punch someone in the face.

For comparison, cowboys in the modern world, look at Midnight Cowboy, or 1998’s The Hi-Lo Country, a pair of imperfect movies for sure, but in style and raggedy tone they’re of a piece with Down in the Valley.

It’s an interesting set-up, propelled by a great cast, but it’s a donut of goodness around the hole of Harlan’s character – if this guy is crazy then this primarily is the story of a delusional man, not a dead-eyed coded assessment of modern America and its accommodation with its own recent myths. Satire, and this is one, is best focused on the strong, not the weak.

Down in the Valley – Watch it/buy it at Amazon 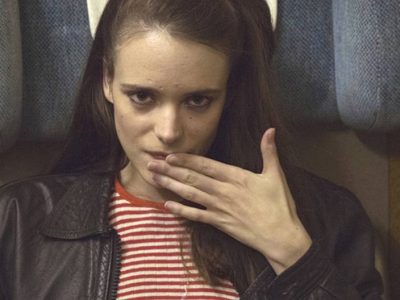