Child actresses signal they’ve grown up and make a grab for respect by shedding their clothes; older actresses by shedding their makeup. So it proves with Jennifer Aniston, in a feel-my-agony performance as a woman wracked by relentless physical pain after some sort of accident (all is eventually revealed) which has reduced her to zombie-like shuffling and perma-scowling. It’s a good performance by her, and a reminder she’s only as good as her material. But this is good material, and Aniston is surrounded by actors who are up to the salt. In particular Adriana Barraza as the hired hispanic help who seems to have the share of human empathy that Aniston’s character has lost. It’s nice to see someone having a pop at the world of support groups and affirmatory yay culture, but nevertheless the arc of this is obviously going to be redemptive. Nothing wrong with that. Inside this unashamedly little film is another one about first world problems struggling to get out (how much of Aniston’s pain is a result of her being allowed to indulge herself?). And possibly yet another one: about an actress facing up to middle age.

Cake – Watch it/buy it at Amazon

The compendium film is the curate’s egg of movies – generally good in parts. This selection from Argentina is better than most, thanks to the fact that they’re all by the same director, Damián Szifrón, and the fact that his tone of amused black comedy is evident throughout. Six tales, some short (the pre-titles Pasternak lasts a few scant minutes and is storytelling boiled right down to the pith), others longer (such as Bombita, in which Ricardo Darín, the biggest name here, plays a guy working himself into a lather over a parking ticket). A common theme is the stupidity of males, their tendency to ramp up aggressive tit-for-tat until things have got wildly out of hand – the road-rage story Road to Hell being a cute exercise in macabre escalation. Granted, the entire package does look a bit like a showreel introducing Hollywood producers to a versatile Argentinian talent, though with Pedro Almodóvar doing backroom production work, you’d hardly think that necessary. Recommended.

If you’re familiar with the work of Sion Sono, you’ll already be braced for anything from this master of excess. It turns out to be a sensible position to adopt, because Sono is ready to deliver with Tokyo Tribe. After a four-minute tracking shot to open, which deliberately recalls Orson Welles’s for Touch of Evil, Sono gives us a sexed up, gored up West Side Story of the gangs of Tokyo, all of whom pull niggaz poses and sing – there is virtually no dialogue, be warned – in rap rhythms their story of … and here I get slightly lost in the frame rather than the picture. It’s a stylistic exercise in sheer bombast, like a Snoop Dogg promo done feature length, with the wilful kookiness of Besson’s The Fifth Element, plus police sirens, pert breasts, raking searchlights, split screens, addresses to camera, sexy cops, neon lighting, a crazed Mr Big with a fondness for masturbation and glass dildos, his son, who uses human beings as furniture, and a mother-and-son duo who spin through the whole thing dispensing martial arts payback. Realism isn’t the point, though you want to signal to Sono early on that you get it, and ask whether he has something he wants to say. I’m not sure, this time, that he has.

Ira Sachs has made some great films in the last few years – check out 40 Shades of Blue, starring Rip Torn as a music producer about to slide right off into the deep end. But Love Is Strange feels more like a follow-up to Keep the Lights On, Sachs’s essay about what happens to the relationship of two gay men when the drugs and partying stops. Here, we’re a few years further down the line, where we meet John Lithgow and Alfred Molina, a pair of late-life gay men whose marriage is welcomed by all their metrosexual friends, not so much by the Catholic church, which employs Molina’s George as a music teacher. Cue a crisis of job, which leads to a loss of accommodation for this comfortable pair, who wind up bunking down in separate apartments – George with a pair of gay cops who like to par-tay, his wife/husband (I’m never really sure how these things are decided) Ben (Lithgow) with his nephew and family. Neither billet is really what anyone – the givers and receivers of the bounty – wants. Sachs seems to be reaching back to the films of his youth, recreating a drama of human character – New York by way of the New Wave, you could say – relying on performances to fill in the scant plot. Molina and Lithgow are so good together, I started wondering what it would have been like with Michael Gambon in the Lithgow role, as originally planned. More sonorous, for starters. As it is we’re left with a downbeat portrait of stoic love that could be seen as a distant companion to Haneke’s Amour – it’s towards the end that life sets it toughest challenges.

Love Is Strange – Watch it/buy it at Amazon

This is a documentary about a Palestinian who became a spy for the Israeli Shin Bet. And not any old Palestinian either, but the son of a preacher at the Ramallah mosque, for whom “Hamas was not just a movement… it was a family business. It was our identity.” Mosab Hassan Yousef is that guy, recruited in 1996 when still a teenager at exactly the point where he was about to become a weaponised individual, he worked as an Israeli spy for years after. This is a fascinating story not particularly well told – for me it lacked the contextual details (dates would have been nice, so would some journalistic orientation here and there) – of a young man whose espionage resulted in various spells in prison, torture; it was hardly the life of James Bond (it kept up appearances, we’re told). Nor was I particularly convinced by Mosab’s self-justification: that he was ultimately fighting for the same thing as his father and family by trying to thwart the worst excesses of the suicide bombing campaigns. He’s gay, isn’t he? I kept thinking. And that’s what Shin Bet and his meaty, wouldn’t-want-to-fuck-with handler Gonen Ben Yitzhak had on him? It is never dealt with, though seems to lurk in the fringes, possibly as some sort of artefact constructed in my mind only from remnants of other more conventional spy thrillers.

The Green Prince – Watch it/buy it at Amazon

Going into Blackhat I was all anticipation. A Michael Mann movie, a cyberthriller, Chris Hemsworth. Lots to like. But god it was boring, and halfway through I realised it had fallen into the same black hole that so many films about hackers have fallen into – even the Julian Assange film, The Fifth Estate, did recently, and that had the expert Bill Condon directing. Here, after a descent literally from outer space into the inner workings, at photon level, of a computer – a bravura opening shot that reassures only to deceive – we get into the tired tale of a bad-boy hacker who is busted out of jail by the US security services to prevent some evil mastermind doing something to a power plant somewhere else on the planet. He is teamed up with Wang Leehom, for dick-measuring dialogue reminiscent of that film when Russkie Arnie Schwarzenegger was forced to work with US cop Jim Belushi – in fact the whole film is reminiscent of a midweight 1980s actioner. Also along for the ride are Viola Davis, adding sass to her lines even though she’s there just to deliver another audience quadrant or two (black, middle aged), and Wei Tang (or is it Tang Wei?), a beauty there for the purposes of exposition, love interest and to shout “watch out” when a gang of thugs is advancing. As said, it’s a Michael Mann film and so of course it looks great, with cinematographer Stuart Dryburgh giving it Christopher Doyle dark, gloss and neon glows, while Mann fetishises the male body, cars, vehicles and machinery of any sort, and we all wait for a speedboat to come bouncing by at full throttle, Miami Vice style. It eventually does. The script stinks, and I’ve no idea how Mann got involved, to be honest, while Hemsworth responds to it with a sullen pout and withdraws all the charisma that made his Thor and James Hunt in Rush so attractive. Sandbox only.

Blackhat – Watch it/buy it at Amazon

“I will find you and I will bore you to death.” Geri-action king Liam Neeson doesn’t actually utter that line, but it’s Taken 3 boiled down to a soundbite, a half-hearted run through the usual routine – ex CIA guy Neeson’s family is threatened, he responds with extreme prejudice – all shot in the slightly bleachy 1990s style. The action is edited in the “we can’t really kick ass” style that’s now used even for people who can kick ass. And there’s a lack of regard for human life – how many blameless cops has Neeson offed as he works his way towards the villain, a surprise reveal that would have been more convincing if the villain hadn’t been wearing the “I am the villain” baseball cap the entire time. A couple of good stunts are enjoyable conceptually, notably reversing a car down a lift shaft, though it wasn’t edited together particularly well. And Neeson has a couple of superannuated pals this time out, which led me to the slightly appalled thought that someone is trying to get another Expendables franchise going. Forest Whitaker is in it, again as the bright cop who keeps his coals banked way down low. Er…

Taken 3 – Watch it/buy it at Amazon 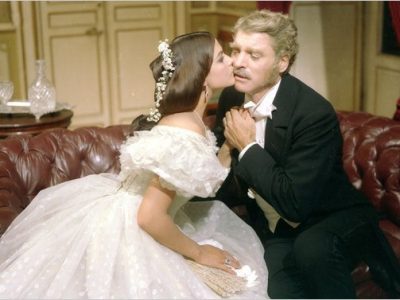 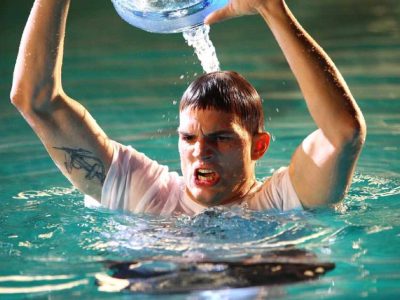 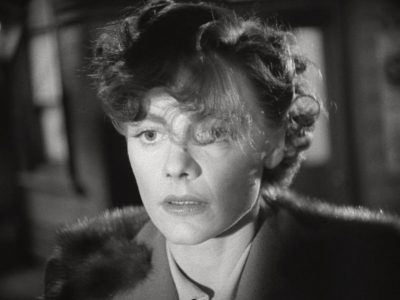