After a few years of doing mostly voice work, Kate Winslet has been coaxed back into a leading role in Ammonite, the follow-up to Francis Lee’s powerful breakthrough debut as a director, God’s Own Country.

Winslet plays real-life 18th-century fossil-hunter Mary Anning – a huge Wikipedia page on her awaits if you know nothing about her. To boil it down: she lived in Lyme Regis on the south coast of England and dug fossils, many of them ammonites, from out of the cliffs of what is now known as the Jurassic Coast, thus helping to change the perception of prehistoric life at a time when science in England was almost entirely controlled by the Church of England and its male professors.

Back to the film. As well as being a skilfull investigator, Mary is a curt no-nonsense woman, the sort who takes a piss on the beach, rubs her hands together to dry them off and then reaches into her bag to pull out a Cornish pasty.

Into her life comes Charlotte Murchison (Saiorse Ronan), a fragile petal with a largely unfeeling and controlling husband (James McArdle). Abandoned after another of her nervous episodes – though Mr Murchison has clearly also had enough of his wife’s demands for affection – Charlotte is left with the icily indifferent Mary. A classic romantic thaw follows as Charlotte rolls from one crisis to another and Mary nurses her back to health, introducing her to the joys of fossil-hunting on the way. If that sounds like an innuendo to you, read on.

Eventually, Charlotte launches lustily into a physical relationship with Mary. She did also seem keen to have sex with her husband and so the story could be interpreted as being one of Mary “turning” Charlotte, especially as Mary has form, a previous downlow fling with local big noise, the appropriately named Mrs Philpot (Fiona Shaw). Writer/director Lee isn’t going in that direction though. This is a story of human affection pure and simple. It’s not a campaigning film either. There is no injustice meted out to the lovers, no exposure to ridicule or disgrace, or anything of the sort. Like God’s Own Country, Ammonite is “post gay”.

There are two returning actors from that film. Gemma Jones again plays the silent, stern and possibly knowing mother. Good at the Dickensian face is Jones. And there’s also a role for Alec Secareanu. In God’s Own Country he was the studly foreigner rolling lustily in the mud with Yorkshire farmer Josh O’Connor; here he’s the studly doctor with an eye for Mary. Rolling in the mud is this time around is very unlikely.

Lee is more interested in the injustice done to women in a man’s world than to people in same-sex relationships. His opening shot is of a cleaning woman being shooed out of the way by a passing man in a museum specialising in fossils, and even in his close concern with the way women were expected to dress he shows how their lives were being constrained by restricted choices. Pulling on a pair of boots, as Mary does to go fossil-hunting, is a political statement.

Lyme Regis was the setting for The French Lieutenant’s Woman – one half of which was a love story between a fossil-hunter (Jeremy Irons in the 1981 film) and a troubled woman (Meryl Streep). It’s also the setting for a good chunk of Jane Austen’s Persuasion, a story about a woman past her peak getting a second chance at love. Though it makes no difference to the enjoyment or appreciation of Ammonite to know those things, they hover in the background.

It’s been a while since Winslet had a role this meaty. And how good she is at suggesting that emotions are roiling beneath Mary’s bluff, wind-coarsened exterior. Ronan, by contrast, has the less rewarding role as the largely passive Charlotte.

Stéphane Fontaine is the DP and in one brilliant and technically complex sequence set on the crowded waterfront in London’s docks, he gets a chance to show what he can do – he was the DP on Elle and Jackie so is quite a signing. It’s quite a different sequence from the rest of the film, but suggests the direction Lee might be thinking of heading in the future, the big film – that could only be a good thing.

But for the most part Fontaine is limited to lighting interiors and depicting the gloomy salt-scoured beaches of England’s south coast in winter. More of the beaches, actually, would have been a bonus, because there’s a tendency towards tastefulness (I blame Jane Austen and costume drama more generally) that slightly bedevils this film.

In the realm of music it’s called Difficult Third Album Syndrome. The first (God’s Own Country) is a hit so this, the second, is pretty much a repeat of that. After that comes the big test, because no one’s going to buy the same material yet again. Francis Lee has wrung the changes just enough to make Ammonite a satisfying film in its own right, but if you’ve seen God’s Own Country you might find some of the grooves familiar. His third time out is going to be interesting.

Ammonite – Watch it/buy it at Amazon

Director: Francis LeeWriter: Francis LeeStars: Kate Winslet, Saoirse Ronan, Gemma JonesSummary: In 1840s England, acclaimed but overlooked fossil hunter Mary Anning (Kate Winslet) works alone on the rugged Southern coastline. With the days of her famed discoveries behind her, she now searches for common fossils to sell to tourists to support herself and her ailing mother. When a wealthy visitor entrusts Mary with the care of his wife Charlotte Murchison (Saoirse Ronan), she cannot afford to turn his offer down. Proud and relentlessly passionate about her work, Mary initially clashes with her unwelcome guest, but despite the distance between their social class and personalities, an intense bond begins to develop, compelling the two women to determine the true nature of their relationship. Written by See-Saw Films 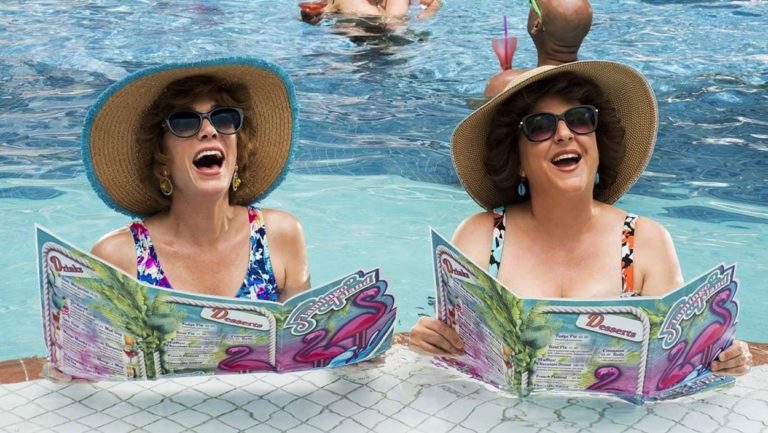