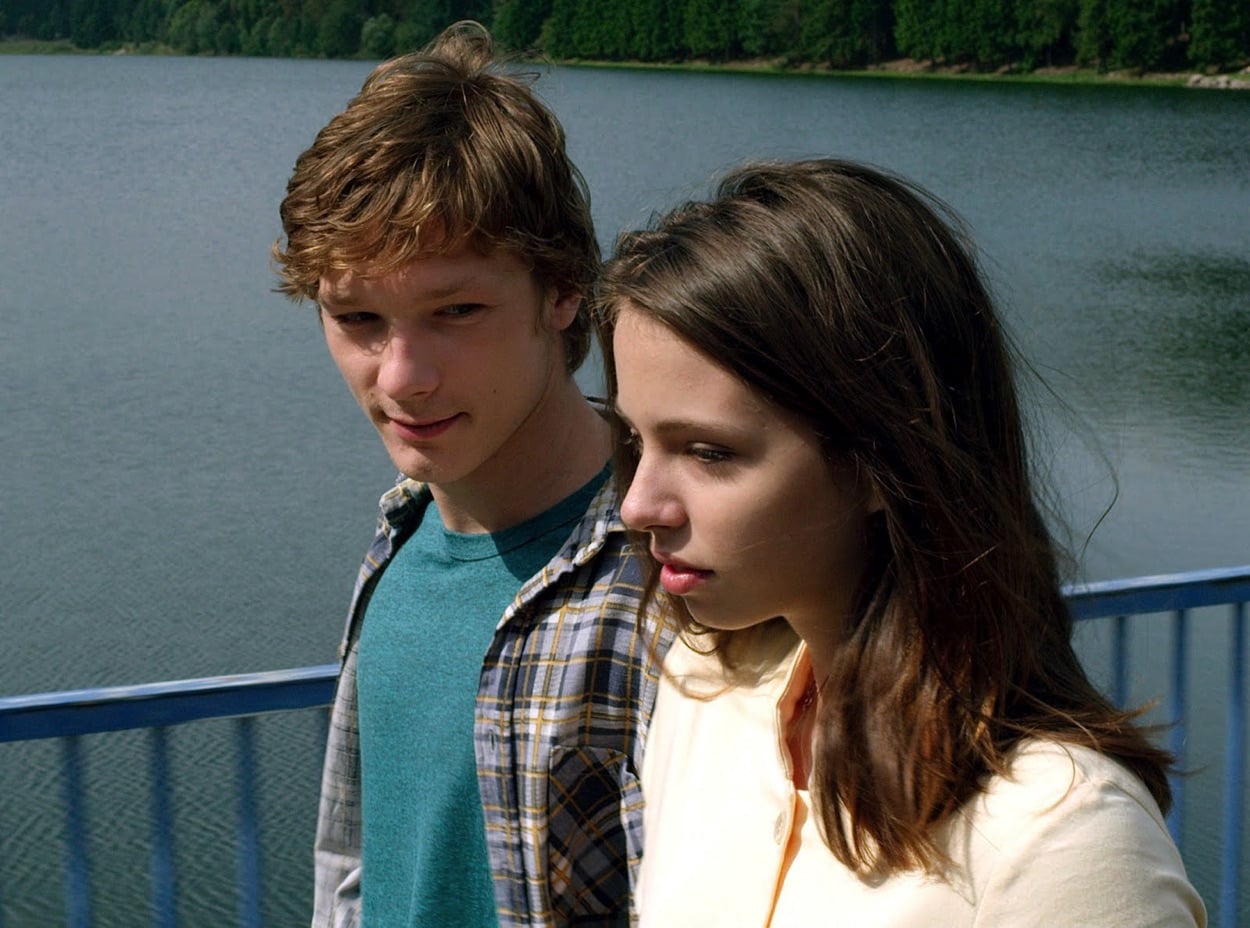 The story behind Beats Being Dead (Etwas Besseres als den Tod) is an unusual one. Three hot German film directors belonging to what’s often loosely termed the Berlin School were corresponding together about the upcoming 40th anniversary of the DFFB (Berlin’s film and TV academy), and generally bemoaning the state of German cinema – what was there to celebrate etc? And so they decided to make a trio of loosely linked films to plug what they saw as a few gaps.

Christian Petzold, Dominik Graf and Christoph Hochhäusler were the dynamic trio and, following Petzold’s lead, they set their stories in the bleak and romantic forests of Thuringia, in a place called Dreileben, a real place but which also translates into English as “three lives” and gives the films their portmanteau title.

Petzold also leads the charge in the first story, a typically strange drama set midway between thriller and fairytale and centring, as so many Petzold stories do, on a young man who is suddenly helplessly smitten by a mysterious young woman. Ana (Luna Zimic Mijovic) is a chambermaid at a local hotel and Johannes (Jacob Matschenz) is serving out his military service requirement as a volunteer in a local hospital, a cushy number he’s managed to wangle thanks to the senior doctor being his ex-girlfriend’s dad.

The way Johannes and Ana meet is peculiar. He’s sleeping naked at night by a lake, and she just happens to be topless, having just given a blowjob to the top dog in a local biker gang. To what’s clearly designed to be the antithesis of the meet-cute Petzold adds in an escaped sex offender to menace Ana – the sex offender links the three films together – before setting Johannes and Ana off on a far from straightforward romance in which the pair of them argue, then one apologises, then both of them reconcile, much of the action taking place out in the forest, or back in the bedroom where sex works as the magic balm that soothes all injuries.

The story is based on the myth of the Undine water nymph, apparently, which Petzold would return to more fully in the 2020 film Undine, but the bones of it are clearly visible here. Meat and potatoes guy, unknowable woman – with Ana’s sudden and apparently easy switch from the biker boss to Johannes reflected in the later film, though tackled slightly differently.

Flight, is as ever with Petzold, a theme – he wants to escape Germany and go to LA, and she wants to go with him, for what might be purely mercenary reasons, or maybe out of love, or maybe she’s just fastened on to him like some mythical barnacle and that’s the end of it: he’s stuck with her. Relationships are fairly unknowable.

There is a lot of murky undertow and superficially not a lot to see, though Petzold’s usual DP Hans Fromm shoots seemingly non-eventful scenes with a clear, sharp look as if to encourage the viewer to look beyond what’s on show. His usual composer, Stefan Will, helps fill in the gaps with a score that switches from thriller urgency to weird, music-box-style fairytale motifs. Dominik Graf, who’d direct the next film, Komm Mir Nicht Nach (Don’t Follow Me Around), once referred to the Snow White effect of much Berlin School output. See this film for further details.

Petzold chucks in a joke at one point, playing the Fleetwood Mac song Sara at a party Johannes and Ana are at, a song about a woman who steals another woman’s man, which the film’s plot duly shadows. Johannes’s ex is called Sarah (Vijessna Ferkic). It’s the film’s emotional high water mark, and it’s done in a manner that’s so weird there ought to be an award for it. Like the off-colour meet-cute.

Is Ana a sprite? Who knows? Will the escaped murderer become anything more than a Maguffin in the later films? Let’s see. Is this a gripping film? No, not at all. It’s non-gripping, anti-gripping, in fact. Most odd. Very good.