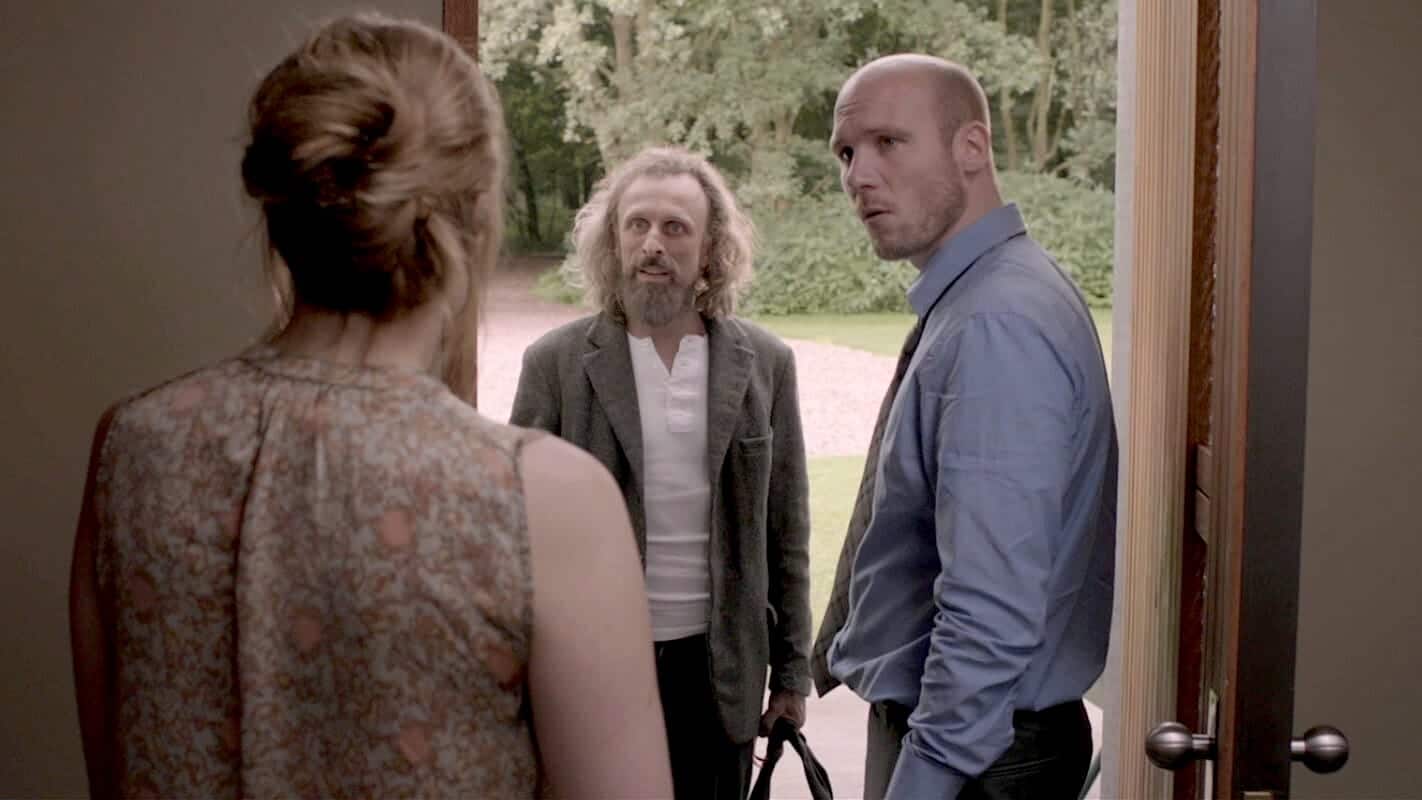 Borgman is one of those head-scratching “what what?” movies which would be entirely transformed if the writer/director gave us access to a vital piece of missing information. But Alex van Warmerdam doesn’t, and so we watch and try to piece together what’s going on from clues scattered throughout, like following Hansel and Gretel’s trail through the woods.

A Grimm’s fairytale atmosphere, dark and potentially lethal, pervades this Netherlands film from 2013 – and it comes as no real surprise to discover that the director once made a film called Grimm, and then went back and re-worked it some years down the line, so this is clearly more than a passing fascination (note to self: seek out Grimm, either version).

Opening shot: a priest finishes saying mass, takes off his robes, grabs a shotgun and then heads into the woods with two other men, one of whom has a long stick, the other an axe. There they try, as if they were hunting a badger or fox, to root out and kill a man we will later learn is Camiel Borgman. He has the appearance of a vagrant and has been living in a hidden underground dugout. Borgman somehow evades his attackers and makes his escape, pausing on his way out of the woods to alert two other men, who are also sleeping in the woods, in dugouts no deeper than shallow graves.

What’s going on? No explanation. Borgman makes his way to a house in the suburbs and asks if he might use their bath. He gets the door slammed in his face. He tries the house next door and asks again if he might use their bath, pretending to the husband that he knows his wife, that her name is Maria (it isn’t) and that she tended him while he was in hospital (she’s not a nurse). To reward Borgman’s impertinence the husband, Richard (Jeroen Perceval), beats him up so badly that the wife (Hadwych Minis), who’s actually called Marina, takes pity on him and, behind her husband’s back, installs Borgman in the garden shed, lets him have a bath, brings him food and wine.

From here van Warmerdam builds out a story of a strange man getting his hooks ever deeper into this well-to-do family – husband and wife, au pair (Sara Hjort Ditlevsen), three sweet kids. Six years before Bong Joon Ho did something similar with Parasite, here’s a story of a bourgeois urban existence disrupted, parasitised, by a man who might be just a very canny and charismatic human, but could just as easily be a malevolent woodland spirit, or the physical manifestation of dark, repressed desires.

No explanation is ever given, but it seems Borgman has “associates”, who are just as impassive and ruthless, when necessary, as he is. Once he’s in place, they start to turn up and take over the lives of Marina and Richard and family.

There’s no hint of what’s really going on from Jan Bijvoet, who plays Borgman as an unnaturally calm man. Van Warmerdam’s direction is unfussed, deliberately un-gothic, though there’s the occasional askew composition or sloping horizontal to suggest something is not quite right. The support players, too, are masks of almost Noh theatre impassivity, moving like automata as they execute what appears to be a pre-determined plan.

Along the way the rule-abiding course of everyday civilised life is laid bare and things become primal. There is death and mutilation. The children are threatened but maybe they and the au pair are going to come out of this OK, because the focus of what’s going on here is the adults, particularly Richard, whose early aggression is rewarded with the most spectacular payback.

It’s a family affair behind the camera too. Brother Vincent van Warmerdam is the music guy, tinkling away sparely with a score suggesting but never explaining. The producer is another brother, Marc. The result is a singularly bizarre mystery thriller. Supernatural? Maybe. Spooky? As hell.


Borgman – Watch it/buy it at Amazon