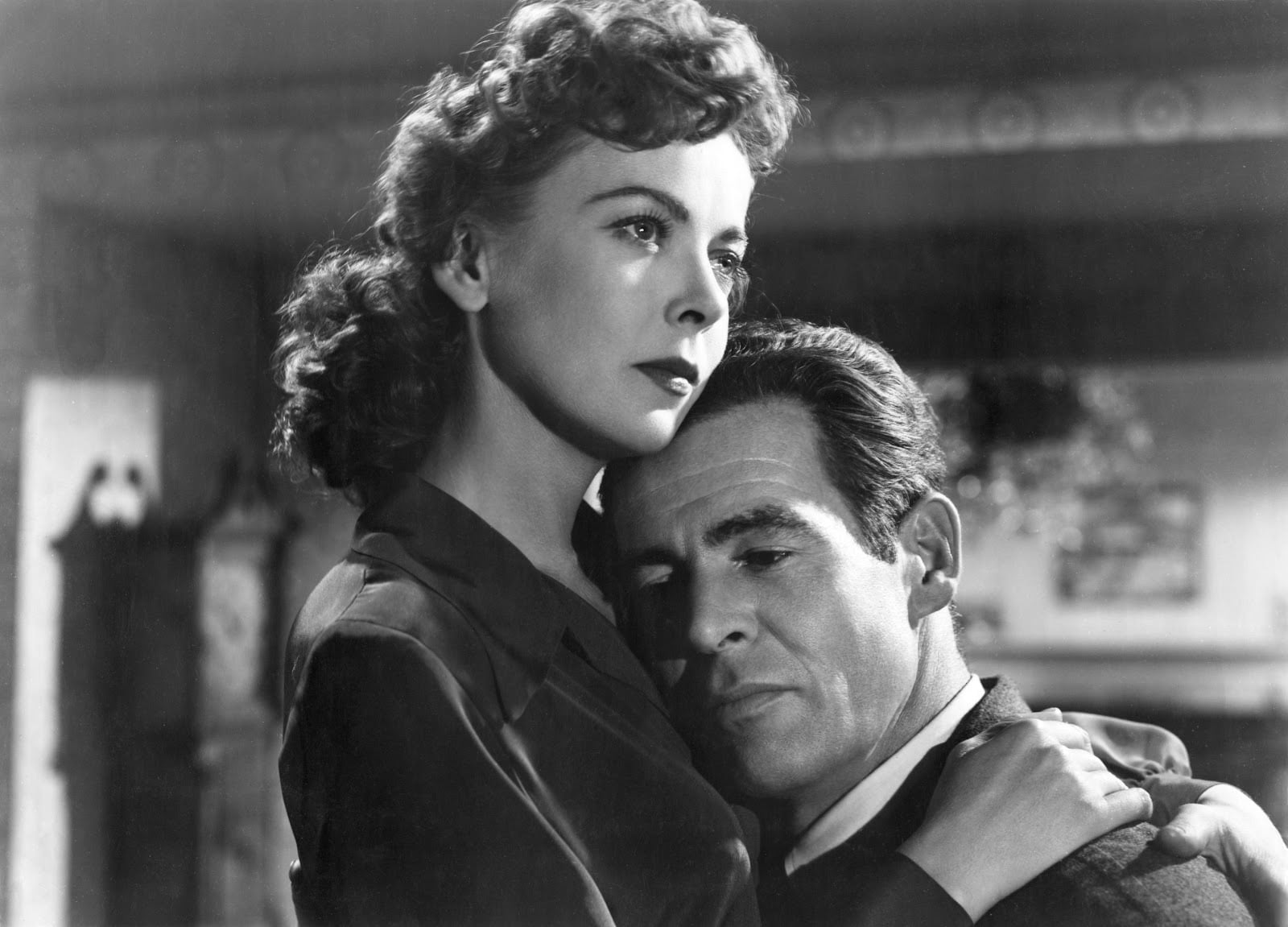 One of the most cultish of Hollywood directors, Nicholas Ray, made his directorial debut in 1949. 1951’s On Dangerous Ground was his seventh film in two years (eighth, if you count Roseanna McCoy, where he replaced director Irving Reiss). If this maverick made films in hurry, he matched that with films that also moved at speed.

On Dangerous Ground almost tells two stories before heading off to tell two more. The linking factor is Robert Ryan, in one of his trademark masculine-but-neurotic roles, playing Jim Wilson, a cop with a tendency to punch first and think later.

First up, there’s a cop killer on the loose, and Wilson, along with buddies Pop (Charles Kemper) and Pete (Anthony Ross) are trying to track him down. This segues gradually into a story about everyday policing in 1950s urban America. With the cop-car radio squawking the entire time, Wilson, Pop and Pete deal with a string of bums, stool pigeons and underage drinkers (look out for the entirely sensational blur-on-blur-off Nita Talbot) before arriving at bleach-blonde Myrna (Cleo Moore), a woman of dubious morality who might have something to do with the murder case – “I like to stink myself up,” she drawls, applying perfume, her “fuck you” attitude marking her as someone to watch.

And then writer Albert Bezzerides (look out for him as a customer who likes a bet in the first bar Wilson goes into) ties all those ends off and redirects Wilson upstate to help with tracking down a child killer (story three), where he meets and falls for a blind woman (Ida Lupino), who may well be the salvation this tortured soul needs.

It’s a lot to pack into one hour 22 minutes, but Ray somehow does it without the film feeling breathless. In fact there’s a stately quality to it all, partly as a result of Ray’s use of the frame (director of photographer George Diskant’s lighting finely differentiating the grey tones) and his fondness for mixing it up – a handheld camera here, an obvious bit of back projection there, location and studio switching back and forth.

Bernard Herrmann’s never vamps and makes the most of every second. Some of it might sound familiar if you’ve seen Hitchcock’s North by Northwest a few times. Listen out for when Wilson and the dead child’s father are chasing the killer by car, sliding about dangerously in the snow, and the music becomes urgent and staccato.

Lupino gets top billing but she’s not the star, and doesn’t even arrive on screen until about 40 minutes in, playing the sort of blind woman Hollywood rather fancied in those days, all “may I touch your face?” and tortured thousand-mile-stare. It’s Ryan’s film and it tells only his story – from angry loner to a guy who starts to question whether life lived in isolation is really worth it. Ray sets this up beautifully. From the instant we see the interior of the house of blind Mary (a redemptive name if ever there was one), we know he’s going to fall for her. It’s warm, there’s a fire roaring in the hearth, the furnishings are soft and welcoming, the lighting is warm and cosy. Herrmann’s score goes all woozy and one member of his orchestra starts playing an instrument called the viola d’amour, so integral to the film it gets a special mention in the credits. Who can resist?

Whether Nicholas Ray did or did not go absent on the film and whether Ida Lupino did or did not step in to direct during his absence is all a bit hazy, but Ray wasn’t in the best state of mind the time. He was a terrible drinker, had run afoul of the House Un-American Activities Committee and his marriage to Gloria Grahame was in trouble, so it’s plausible he went AWoL. Perhaps more interesting is the film’s title – what is the dangerous ground whereof it speaks? Marriage and the prospect of settling down? The infamously polyamorous Ray would concur.

Seen through modern eyes, On Dangerous Ground is notable for its use of outdoor locations when possible, for the overacting of Ward Bond, as Walter, father of the dead child, and for an early manifestation of a 1950s trope, the troubled teenager (played by Sumner Williams). This was two years ahead of Marlon Brando’s tearaway in The Wild One (“Hey, Johnny, what are you rebelling against?” “Whaddya got?”) and four years ahead of Rebel without a Cause, also directed by Nicholas Ray. Obviously slowing down, he’d directed five films in the interim.

On Dangerous Ground – Watch it/buy it at Amazon

Director: Nicholas Ray, Ida LupinoWriter: A.I. Bezzerides, Nicholas Ray, Gerald ButlerStars: Ida Lupino, Robert Ryan, Ward BondSummary: Hard, withdrawn city cop Jim Wilson roughs up one too many suspects and is sent upstate to help investigate the murder of a young girl in the winter countryside. There he meets Mary Malden, whom he finds attractive and independent. However, Mary's brother is chief suspect in the killing. And Mary herself is blind. —Jeremy Perkins {J-26}