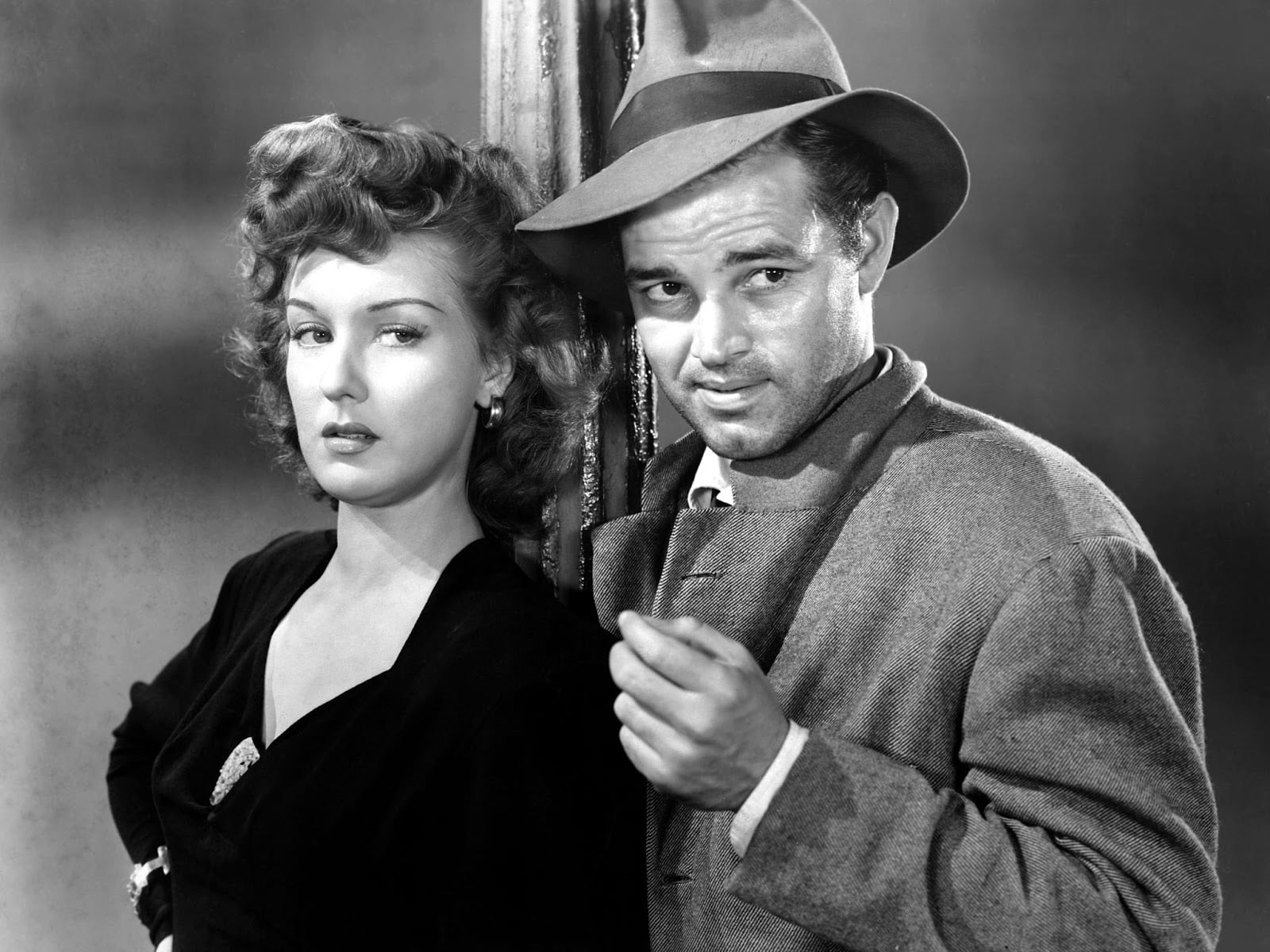 While scrolling through a list of “100 Best Film Noirs of All Time” I was struck by Detour. Number 10 on a list that kicked off with In a Lonely Place, Out of the Past, The Big Sleep and The Third Man (so, not one of those mad lists), it stood out because I’d not heard of it before, even though it was the first B movie (and film noir) to be chosen by the US Library of Congress for its National Film Registry. I’d only barely heard of its director, Edgar G Ulmer, and its stars, Tom Neal, Ann Savage, Claudia Drake and Edmund MacDonald, were hardly A listers, even in 1945.

A film loved by Wim Wenders, Errol Morris, Peter Bogdanovich and Roger Ebert (it’s on his Great Movies list), obviously it had to be watched. One Criterion acquisition later, and here it is, very nicely and painstakingly restored to 4K, in crackling black and white, thanks to money from the George Lucas Family Foundation. At 68 minutes, it’s clearly a B movie, as many noirs were. Often using urban locations, rudimentary lighting and using second-string actors who only had their talent and professionalism to offer (no tantrums), B movies were cheap to make and often looked it.

Detour doesn’t, even though it essentially uses just a couple of sets and a car stuck in front of a back-projection screen to tell the story of a nightclub pianist pursued by bad luck.

The story plays out in flashback – pianist Al (Tom Neal) hitches from New York to California to be reunited with his singer girlfriend (Claudia Drake), is picked up first by Charles Haskell Jr (Edmund MacDonald), a smalltime chiseller driving a fancy car, and is later dealt another lousy card by fate when he’s thrown together with Vera (Ann Savage), an antsy sourpuss who’s got all the “trouble” aspects of the noirish femme fatale but none of the passivity.

Savage’s performance as Vera is what makes this film worth the visit, in particular dangerous dame Vera’s interactions with the essentially decent Al (“you dope”, “sucker”, “sap”). Vera talks like a wiseguy, like Bogie or Cagney, fast and with physicality. Savage and Neal didn’t get on very well on set, apparently, their relationship curdling after he licked her in the ear. Maybe he didn’t like being upstaged.

It’s a good-looking, tightly made movie that packs a lot into its short running time and is constructed and directed with ingenuity, fluidity and flair. There is a lot of voiceover, as is often the case with noir, but Ulmer throws in stylish visual novelties while Al is telling his tale of increasing woe, like the flashback from the car to the nightclub, the image expanding from the rear view mirror and then receding back into it once the flashback is over.

Vera is not wrong. Al is a dope, a sucker and a sap, a Jonah who always comes out worst in any transaction. Screenwriter Martin Goldsmith tosses the word “fate” about, but it’s the sort of fate that only operates in one direction as far as Al is concerned. “Whichever way you turn,” he muses at one point, “fate sticks out a foot to trip you.” There’s something mythic about Vera too, this strange creature who might be misfortune personified, or bad life choices, if we’re being a bit more up to date.

Yes, it’s made for nothing (by the Producers Releasing Corporation, one of the so-called Poverty Row studios). At one point the cars seem to be driving on the left hand side of the road, because Ulmer, to save money, has reversed the piece of film shot while Al was hitchhiking West to East to suggest he’s now hitch-hiking East to West (I might have that the wrong way round, but you get the idea). And the car he eventually ends up riding in, the 1941 Lincoln Continental V-12 convertible, is Ulmer’s own.

It’s a Tarantino movie from the era of QT’s grandfather, a supremely nihilistic noir that’s well worth 68 minutes of anybody’s time. The 1992 remake came in at 90 minutes and, interestingly enough, starred Tom Neal’s son, Tom Jr. Both men died young, both aged 58. As in art, so in life, their cards came from the bottom of the pack.

PS. That list of “100 Best Film Noirs of All Time” can be found here

Detour – Watch it/buy it at Amazon