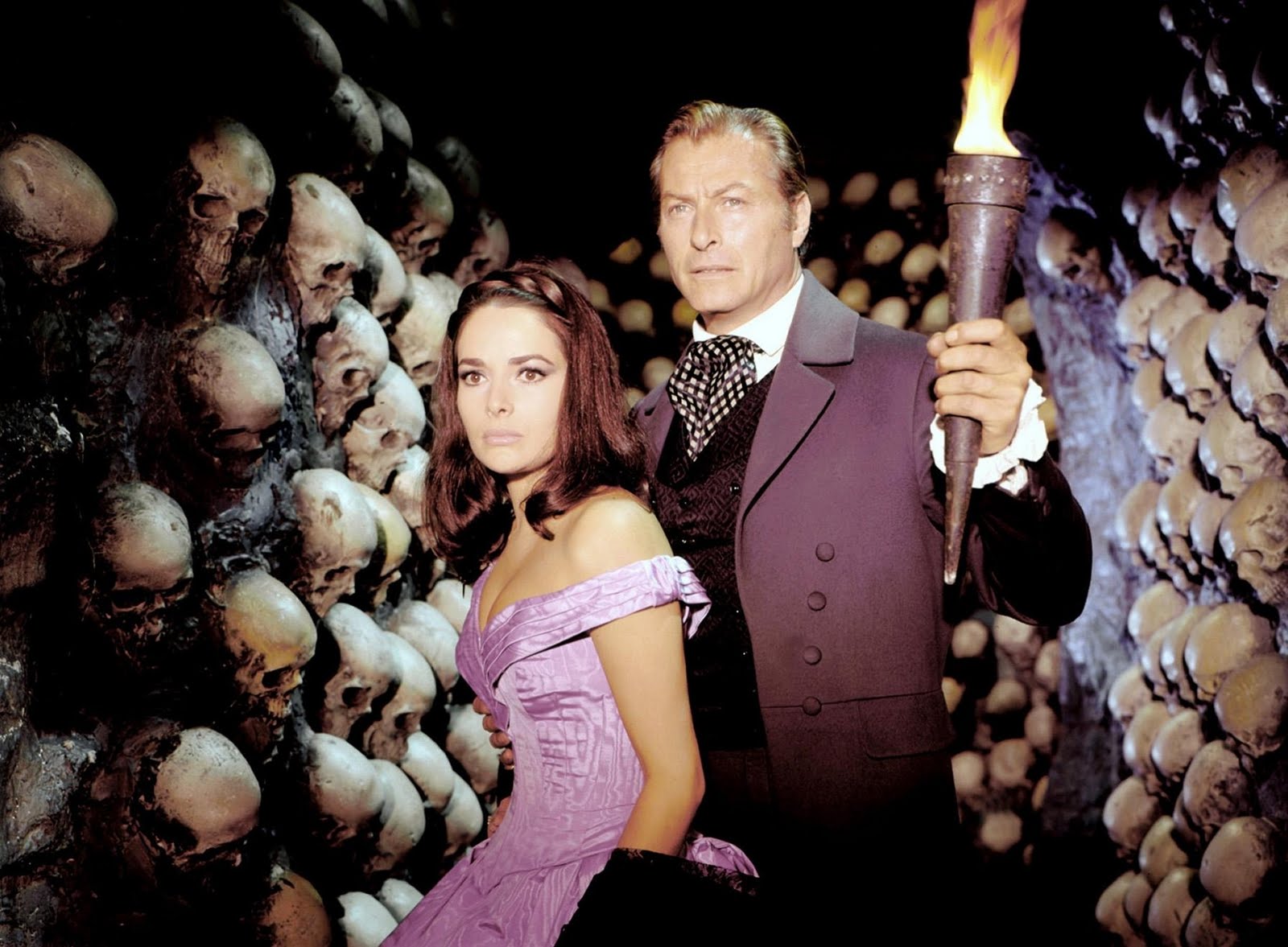 The Torture Chamber of Dr Sadism

There was a vogue for films like The Torture Chamber of Dr Sadism in the 1960s. Lurid shockers that were little more than a vivid title in search of a good idea – Torture Chamber was often shown in a double bill with Mad Doctor of Blood Island, another prime example.

Put another way, what you paid for wasn’t necessarily what you got. There’s not much in the way of a torture chamber in this German horror movie, and absolutely no one in it called Dr Sadism. Instead, at the beginning and end, we meet Christopher Lee playing someone called Count Regula (that’s Regula, not Dracula, you understand), a blood-sucking creature who is taken out and executed – each limb tied to a horse – and then returns towards the end of the film to complete the journey towards immortality that the killing of 12 virgins got him executed for in the first place.

Lee is in the film for maybe 20 minutes and doesn’t do much except look like a vampire in need of a drink. This leaves the field clear for Lex Barker to do the heavy lifting, as the Jonathan Harker-style character heading for a rendezvous with a mysterious count in a castle the very mention of whose name makes the locals cower. Coaches thunder through the countryside, people make the sign of the cross, you get the idea.

The bumph tells us that the film is adapted from Edgar Allan Poe’s short story The Pit and the Pendulum (the original German title was Die Schlangengrube and das Pendel, which translates as The Snake Pit and the Pendulum) but in fact it’s much closer to a straight-up vampire tale, with a pendulum thrown in towards the end, the better to intimidate our hero, Roger (Barker) and terrorise his travelling companion, Baroness Lillian von Brabant (Karin Dor). The Baroness is the Count’s latest victim, 13 being a lucky number if you’re in search of more blood to complete your quest. Quite how the not-yet-immortal Count survived being quartered and is still alive 35 years later isn’t entirely clear, but then there’s plenty in this film that isn’t.

In fact there is much that is plain downright bad in this film. The direction, by Harald Reinl, is shocking and looks like a joke. (He’d go on to make documentaries about the “paleo-contact” huckster Eric von Däniken, who posited in books like Chariot of the Gods? that ancient societies had been visited by aliens.) The screenplay reads like it was sewn together from offcuts and falls over itself on a number of occasions. Maybe it was unfinished. The musical cues, stabs, themes etc – swinging wildly from the jaunty to the mock-gothic – suggest something’s not entirely been nailed down in pre- and/or post-production. The acting is also bizarre, Barker coming at his character armed with an ironic eyebrow, which is not entirely in keeping with what everyone else is doing.

Barker is a former Tarzan and is at least a commanding presence, good enough for an undemanding role. Best thing in the film is Karin Dor as the believeably terrified Countess – Hitchcock picked her up a couple of years later for 1969’s Topaz. Vladimir Medar as an itinerant priest who also joins Roger and the Countess on the journey seems to be working to a completely different set of instructions than the rest, laughing uproariously whenever possible and aiming his performance as if to the back of a very large amphitheatre. The woeful dubbing doesn’t help.

The production design and locations are where the film excels – early scenes were shot in the German town of Rothenburg ob der Tauber and add an antique medieval flavour. Later on there’s an atmospheric sequence in a spooky forest festooned with dangling corpses and the count’s lair is also nicely tricked out, as a kind of homage to Hieronymous Bosch.

Lee gives good gravitas as the Count – I’m guessing two days work for star billing, a pay cheque and then back home – and the whole thing is strangely enjoyable, often in an “I can’t believe I’m watching this” kind of way.

At 81 minutes it’s mercifully fast-paced, familiar, bosom-heaving stuff, as bizarre and cack-handed as a lot of films with similar titles. This one also turns up as Blood Demon and Blood of the Virgins (both of which are more honest).

I watched a badly faded version, with the colour palette shifted grimly towards the purple for extended periods. There is a 2K-scan version “from the best elements” also available, but according to the review of it by blu-ray.com (who are generally right on these matters) it’s not much better. Approach with caution.

Torture Chamber of Dr Sadism – Watch it/buy it at Amazon