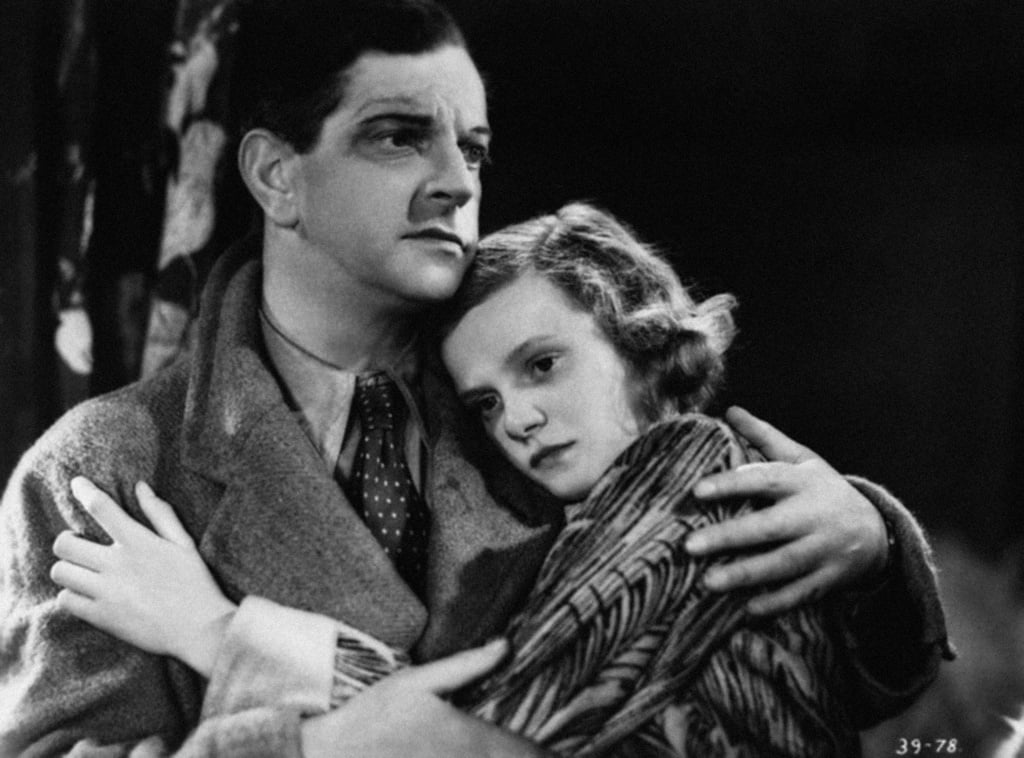 Here’s the original 1934 version of The Man Who Knew Too Much, the thriller Alfred Hitchcock would remake in 1956 with James Stewart and Doris Day in the lead roles. He later said this first version was “the work of a talented amateur, and the second was made by a professional.” However, ever a master of misdirection, it’s actually the first one that Hitchcock preferred. He found the second too polished.

Unlike the second, this is a very British affair, with Leslie Banks and Edna Best as the married couple whose holiday in St Moritz is interrupted when a friend is shot and killed in front of them (in one of the most elegant death scenes in cinema). Amazingly, before dying the man reveals that he’s actually a spy and that there’s some valuable information in his room. By getting involved, Bob (Banks) unwittingly triggers a series of events that end with the couple’s daughter Betty (child star Nova Pilbeam) being kidnapped, with sharp instruction from the kidnappers not to say anything to the police. The couple comply, though that doesn’t stop them from trying to get their daughter back, and once back in London they set out on an amateur investigation of their own, with the police constantly on their backs.

Enter a German heavy (Frank Vosper) and his boss Abbott (Peter Lorre in his first English-speaking role) and a classic Hitchcock set-up – innocent person caught up in a situation beyond their understanding. It’s not pure Hitchcock though. The formula isn’t quite complete. That would come two years later with The 39 Steps. For example, here, back in London, Bob teams up with Hugh Wakefield’s Clive, the pair of them forming a Holmes and Watson-style amateur sleuthing outfit attempting to stay one step ahead of the police. There is banter and some humour. Later, classic Hitch generally teams the innocent man up with a woman, preferably blonde, for banter plus humour plus sexual frisson.

Then again there are snatches of classic Hitchcock – a scene in a dentist’s chair where Bob is menaced with sharp instruments, or the dramatic climax at the Albert Hall, where Hitchcock pulls off one of those big set pieces as the hero races to prevent a political assassination while an orchestra is at full roar. He then disappointingly tacks on a final gun battle that seems to have been pulled from a Western B movie – villains holed up in the ranch, much bang bang bang – perhaps hoping to get that golden ticket to Hollywood. It works better as a come-on than as a rousing finish.

Lorre is interesting. A white streak of hair making him look like a malevolent badger, he barely knew English at the times and speaks his lines phonetically. It doesn’t harm his performance. In fact the icy detachment helps, as does Hitchcock’s decision to shoot Lorre in a style reminiscent of the much admired Fritz Lang, who’d made Lorre’s name as the child murderer in his groundbreaking thriller, M.

In fact Hitch’s camera is very fluid for the time, and his shots are beautifully composed – this is a director who loved to storyboard it all out in advance. The real problem with the film is its key characters. They’re a bit wan, and the too, too cut-glass accents of Banks and Best add an alien quality that distances them from the modern viewer. Unlike, say, William Powell and Myrna Loy in The Thin Man, who did “high tone detective” a lot better in 1934.

It’s best seen, alongside The Lodger (1927) and Blackmail (1929), as an “on the road to classic Hitchcock” movie, in spite of Hitchcock’s protestations that he preferred it over the remake. If we can put aside the notion that Hitchcock essentially kept making the same film over and over, this is the only one he actually went back to and had another crack at. And he’d been intending to remake it as early as 1941, when he’d not been long in the USA. So clearly he knew all was not right.

Director: Alfred HitchcockWriter: Charles Bennett, D.B. Wyndham-Lewis, Edwin GreenwoodStars: Leslie Banks, Edna Best, Peter LorreSummary: While holidaying in Switzerland, Bob Lawrence and his wife Jill are asked by a dying friend, Louis Bernard, to get information hidden in his room to the British Consulate. They obtain the information, but when they deny having it their daughter Betty is kidnapped. It turns out that Louis was a Foreign Office spy and the information has to do with the assassination of a foreign dignitary. Having managed to trace his daughter's kidnappers back to London, Bob learns that the assassination will take place during a concert at the Albert Hall. It is left to Jill, however, to stop the assassination. —garykmcd