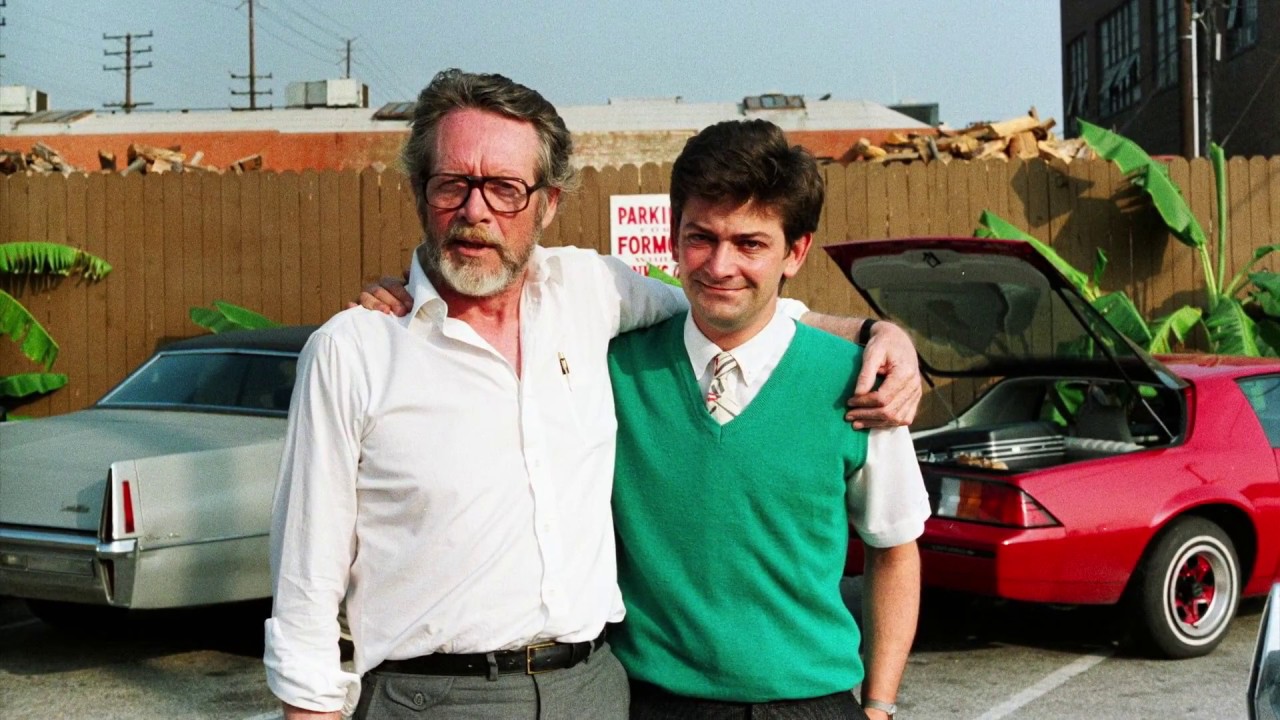 In My Mind is a close relative of one of those Nick Broomfield documentaries where, instead of making a film about his original subject, Broomfield tells the story of how he tried, but failed, to get his man or woman (see Tracking Down Maggie, about failing to get an interview with Margaret Thatcher, or Kurt and Courtney, in which he chased Courtney Love, to her increasing irritation).

The person in question here is Patrick McGoohan and the film-maker is Chris Rodley, who in 1983 was sent to LA by Britain’s Channel 4 to film some interviews with McGoohan for an upcoming documentary about the cult 1960s TV series The Prisoner, which Channel 4 were then re-screening.

For new arrivals to the territory, The Prisoner was a show about a spy who angrily hands in his resignation and wakes up the next day in a mysterious place called the Village. Over the next 17 episodes of cat and mouse, while he tries to escape, his captors try to break him. Perhaps the Village is run by his side or maybe it’s the other lot. It is not clear, but the ex-spy – never named, though not a million miles from John Drake, the character McGoohan had played in an earlier TV show, Danger Man – is now referred to only as Number 6, which leads to the show’s signature quote. “I am not a number, I am a free man”.

Rodley’s initial documentary, Six into One: The Prisoner File, did get made but no one involved thought it was particularly good. Reviews at the time were cool to cold, Rodley audibly flinches when discussing it, McGoohan hated it. But Rodley still had the original footage and so, in 2017, with the 50th anniversary of the show on the horizon, he went back to it.

And hey presto, a much better, more satisfying documentary, comprising material from two interviews with McGoohan, one of which was never used, a new interview with McGoohan’s daughter, Catherine, lots of footage from The Prisoner – fantastically restored by Network for the Blu-ray box set – plus extracts from a 1977 interview McGoohan did for Canadaian TV, interviews with Lew Grade (who commissioned the show) and other collaborators, archive material from other waystations in McGoohan’s career, lots of stills, and some home movie behind-the-scenes footage from The Prisoner.

Of particular interest, though not particularly satisfying in itself, is the footage from the first interview the rookie Rodley shot with McGoohan. Rodley had been surprised that the notoriously private McGoohan had agreed to the interview at all, and when he turned up in LA at the empty house McGoohan had designated as the venue for the encounter, he found McGoohan ill at ease, tetchy, bristling, sarcastic, ungenerous and as intense as his reputation suggests.

In the end, annoyed at the amateurishness of the crew and Rodley, McGoohan himself starts calling the shots, in effect taking over the director’s job.

The next day, clearly having reflected overnight on how petulant he’d been, he tried to buy the footage of the first interview off Rodley. Instead, somehow, Rodley persuaded him into another interview and… like magic… the McGoohan that turned up for that one was courteous, generous, chummy, funny and discursive.

That’s the golden nugget around which In My Mind has been put together. And it is fascinating, not least because there cannot have been many actors who have taken such control over a show – McGoohan created The Prisoner, was its showrunner, wrote scripts, directed and starred. It was entirely his baby. He took it seriously. Perhaps he was slightly embarrassed to admit how seriously he took it – his daughter suggests as much. But once he gets talking, you can see that the show, even in 1984, still has its hooks in him.

Aspects of The Prisoner now are dated, but its central theme of a surveillance society and its impact on the individual were way ahead of their time. Even Number 6’s famous parting phrase – “Be seeing you” – speaks of surveillance.

In My Mind works. It reminds that The Prisoner was a great show and that its main man had charisma to burn. It may have taken Chris Rodley a long time, but he did, after decades and re-edits and supplementary material, eventually get his man.


In My Mind – Watch it/buy it at Amazon