I’ve sat through more post-apocalyptic teen adventure flicks – Hunger Games, The Giver, three flavours of Divergent, Maze Runner etc – and not really enjoyed any of them. “They’re not for you,” a mate at work once remarked. And as I whinged some more about one or other of them, she nodded pityingly towards my greying hair.

They’re not, it’s true, but even so I loved Love and Monsters, a post-apocalyptic teen adventure flick that gets by without any hat tips to Ayn Rand – rugged individual against the overweening state etc etc – and sets out its stall immediately with a voiceover by Joel (Maze Runner star Dylan O’Brien) explaining that the world as we knew it has ended, that cold-blooded animals have become huge and predatory and that humanity is 95% gone. The US President, Joel matter-of-factly tells us, was killed by a moth.

The humans who are left now live in isolated groups, communicating by radio when they can, and scavenge for food, batteries, useful stuff, in hunting packs. But not Joel. He’s too much the scaredy-cat and goes to pieces in a crisis. A liability in a scrap, he stays back at base and makes minestrone for his valiant fellow commune-dwellers, a vegetable-based soup saying as much as we need to know about Joel’s status (perhaps Ayn Rand is lurking after all).

All this changes when Joel discovers that Aimee (Jessica Henwick), the love of his life, has actually survived the holocaust and is alive and well a perilous 85-mile trek away. Bidding farewell to his comrades, who rate his chances of survival as zero, off he sets on what becomes a Revenant-style man v oversized-nature trek across the wilderness, Joel’s cojones growing larger with every successful encounter.

Tone is everything in this film, which from first moment to the last skitters between flip and frightening, engaged yet ironic. The voiceover is the start of it but as Joel heads out on his quest, his encounters add reinforcement, first a cute dog with a nose for trouble, and then a pair of battle-hardened surface dwellers – grizzled, practical Clyde (Michael Rooker) and precocious, sarcastic eight-year-old Minnow (Ariana Greenblat) – who also make clear that a life cowering underground is not the only option.

Tone and creatures, lots of creatures. These new rulers of the planet tend to be massive but they’re not always aggressive. So while some have gargantuan maws arrayed with teeth dripping with digestive juices, others seem to have sprung from the muppetty mind of Jim Henson.

All in all, though, this is an unthreatening creature feature, perhaps modelled on the 1959 Journey to the Centre of the Earth starring James Mason, though far less inclinded to hang about – it moves at a pace as urgent as Joel’s desire to see Aimee again.

Though Dylan O’Brien is now nudging 30 – how quickly they grow – the onetime Teen Wolf actor gets away with playing a few years younger. This is handy because you have to buy into the character of the greenhorn who is not only on a journey to find the ever-receding Aimee but also on a search for the hero inside himself.

A heroic boy-to-man story with the emotional arc and plot beats of Star Wars – there’s even a talking robot – it also has a satisfying finale featuring a hissable villain who gets his comeuppance in spectacular style.

Heroic entertainment with a swagger.

Love and Monsters – watch it/buy it at Amazon 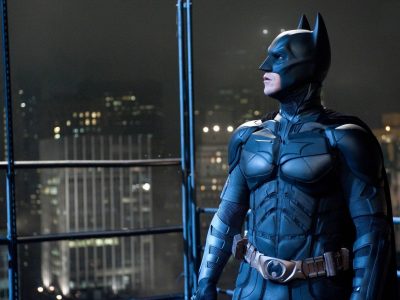 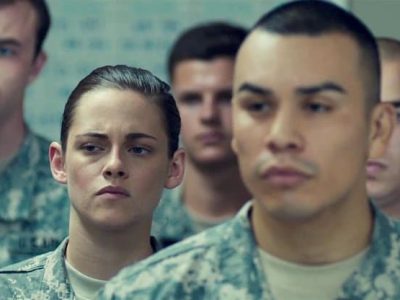