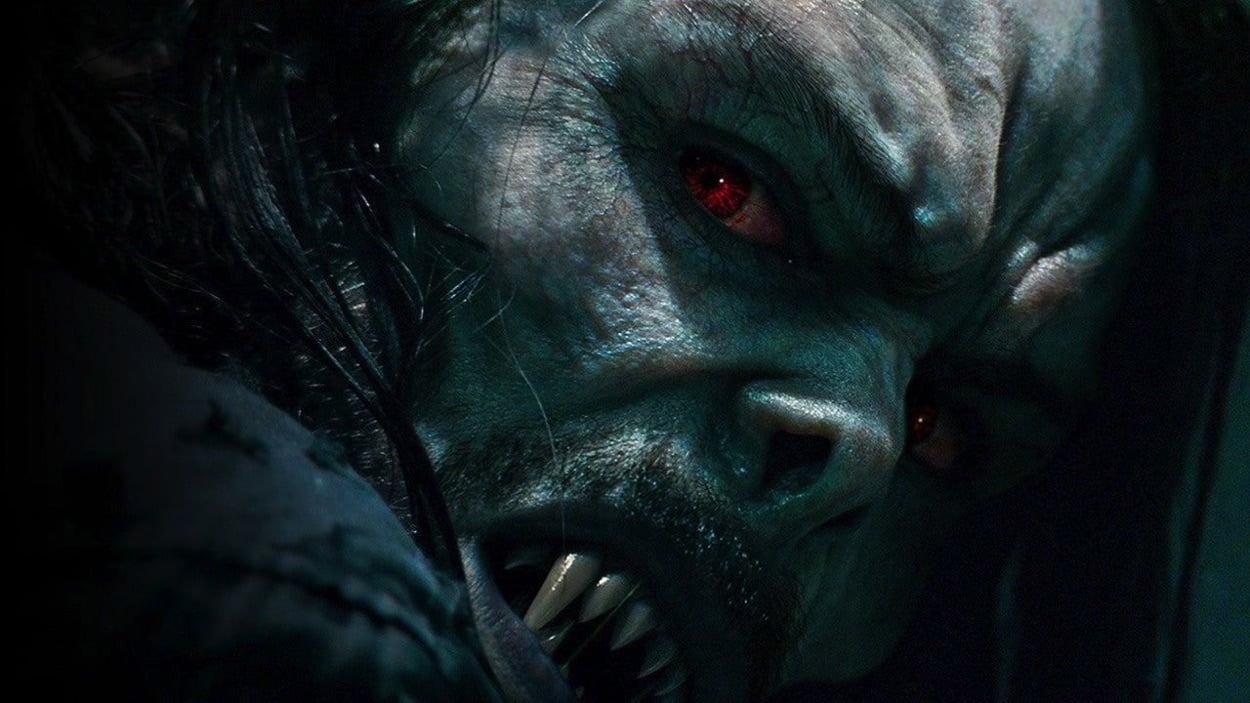 Is Morbius, Marvel’s tragic brooding vampire, a bad guy or good guy? The eponymous movie strings a line between two opposing conceptions of the same individual and hangs Jared Leto out to dry on it – here’s a character and a movie that’s indecisive in a deadly way.

So, no, Twitter, it’s not the bad special effects or Leto’s Method acting, or anything else that’s really wrong with the film. The effects are good enough, Leto is good enough – in an “I wish I were Loki” kind of way – but everything in this film just kind of hangs, caught up on the writers’ fatal decision to be faithful to all of Morbius’s history.

In an IGN article written in 2014 (updated in 2018), Morbius came in at number 19 in a rundown of Top 25 Spider-Man villains, between Hammerhead at number 20 and Moriun at number 18. Illustrious company only in the sense that the characters were drawn by illustrators. There are no Hammerhead or Moriun movies in the works.

But Morbius did make the cut, thanks to a mid-career upgrade from out-and-out villain to a much more nuanced character. A conflicted vampire who drinks blood regretfully. He’s Marvel’s version of the long-haired, sunken-cheeked gothic romantic hero, tortured by cruel fate and a world that doesn’t understand him.

Shot dark throughout, the film breaks down into three distinct chunks. First the origin story. How crippled but brilliant child Michael Morbius grows up to become a Nobel-prize-winning scientist (he rejects the honour, the maverick), then works on fusing bat and human DNA to fix the disease that has so debilitated both himself and his lifelong buddy Milo (Matt Smith). In the second chunk, which also takes about half an hour, Morbius discovers his dark side and we get displays of great power without the commensurate great responsibility. Finally, in the move that brings Morbius up to date, he is re-engineered as a good guy, not through any particular change of heart – Morbius is still a self-obsessed sociopath – but by locating him next to an even worse guy. Milo, having worked out how Morbius did it, fancies a bit of the same and… well… you can imagine.

Along the way there are nods to the original Dracula story in the early relationship between Morbius and Milo, which resembles the Dracula/Renfield one, and in the location of the breakthrough experiments where Morbius finally fuses bat and human DNA, on board the good ship FV Murnau. And when the ship finally reaches shore, everyone on board dead and “exsanguinated” – the cops have learned a new word – the echo of Bram Stoker’s ship’s arrival in Whitby is loud and clear.

There is a half-hearted attempt to inject a bit of Van Helsing action, too, in the shape of the two cops on Morbius’s trail. Those cops. They are poor specimens. Badly underwritten, though Al Madrigal, as Agent Rodriguez manages to squeeze a bit more life out of his character than Tyrese Gibson as Agent Stroud.

Matt Smith comes out of it best, as drunk-on-power Milo, and Adria Arjona doesn’t do too badly as Martine Bancroft, Morbius’s beautiful research right hand, who would make a nice update on the Mina Harker character – sex for Dracula! – if writers Matt Sazama and Burk Sharpless could get their collective ass into gear.

There. Is. No. Story. Here. The story that should have been, Morbius as a dark destroyer, is completely negated by the switch into Morbius as hero. No stakes. No throughline. No drama.

It’s just not a very good film, though Leto is pretty good, and his CG-ed face – tiny nose, pointy teeth, sunken cheeks, boulder cheekbones – is effectively scary, reminiscent of Lon Chaney in 1925’s The Phantom of the Opera, which must surely have been a reference point for the effects teams.

It’s directed by Daniel Espinosa. A real talent from Sweden whose Easy Money (aka Snabba Cash) shows he does know how to put a new spin on old genre (street crime). Since his move to the US he’s been on close-but-no-cigar terms with a number of films and a bunch of tentpole talent – Safe House (Denzel W and Ryan R), Child 44 (Tom Hardy, Noomi Rapace) and Life (Jake Gyllenhaal, Rebecca Ferguson). Jared Leto and Matt Smith now join them.

Morbius – Watch it/buy it at Amazon