Remember the days when you’d never get a popular film star to work on a TV series? The reverse happened when co-directors Malgorzata Szumowska and Michal Englert were casting Never Gonna Snow Again. They wanted Alec Utgoff, of American TV series Stranger Things fame, to take pole position in their film but would they be able to persuade him to take a step down?

They did and, beyond the profile he brings, you can see why they wanted him. The story is about a masseur from Ukraine who has a number of clients in a rich gated community in Poland. He massages, they open up to him. That’s it. Except for the fact that Zenia (Utgoff) might possess genuine magical powers rather than the more usual “healing hands”. In an opening sequence easily missed because it’s so low key, he obtains an exit visa in his home country by apparently hypnotising the official handing them out, after having answered, when asked what languages he speaks, “all of them”.

But, as I say, we more or less forget that odd, semi-magical opening because what follows is mundane to the point of desperation. In Poland, where he lives in a grim tower block, Zenia makes a living visiting wealthy clients. He puts up his table. The client climbs on. Zenia does his thing. The client then passes the folded money payment to Zenia in a semi-embarrassed rush – the illusion of something other than a financial transaction having been shattered – and Zenia moves on to the next client.

There’s the drunken slattern Maria (Maja Ostaszewska); the man dying of cancer (Lukasz Simlat) who doesn’t have a name but whose hot wife, Wika (Weronika Rosati), does; the woman who loves her bulldogs so much Zenia ends up massaging one of them; a retired ramrod soldier; and on they go. Some of them fall in love with Zenia, some confide, others fall fast asleep.

Utgoff fits this role well for three reasons: he’s Ukraine-born; he’s physically strong and flexible, with a physique like a dancer’s; and he’s able to pull off a performance of enigmatic… what is it? Amusement? Bemusement? Probably a bit of both.

He has plenty to be amused and bemused about, and that’s what Szumowska and Engler’s film is interested in, the detached lives of the people who all live in similar houses – big grand white suburban palaces – behind the sentry post that keeps the riff-raff out.

They’re miserable. Their lives are atomised. They have swapped human warmth and idiosyncratic contact for weird passions and obsessions. Security guards on Segways patrol the streets but otherwise there’s barely a soul abroad, apart from people walking dogs, all of whom say the same thing – “Don’t be scared, that’s just how he says hello,” when Zenia encounters them.

Szumowska’s last film (Englert was DP) was 2019’s The Other Lamb. Never Gonna Snow Again (Sniegu juz nigdy nie bedzie in the original Polish) continues its move away from a dramatic style of film-making into something more thoughtful.

There’s a touch of Robert Altman’s jigsaw style of film-making – the parts start to add up to something – and nods to the poetics of Tarkovsky, whose Stalker also featured an enigmatic incomer of guru-like aspect, a film both directors have name-checked in interviews.

Szumowska and Elgert were born when Poland was still behind the Iron Curtain and are clearly uneasy about the trade-offs their fellow Poles have made with the vast increase in wealth, especially the ones who have retreated into privatised spaces. Uneasy but not scornful. This isn’t withering social satire in the way Lindsay Anderson once might have done it, it’s more gentle, like a massage, in fact, and at certain points in the film – the flat shooting style, the muted lighting, these featureless bland houses – an ASMR mood almost starts to take over.

This spaced-out lightheadedness makes it easier for the co-director/writers to fold reality into memory, myth, folk wisdom, urban legend and the supernatural.

We’re back with Zenia’s magical powers again, so barely hinted at that it’s easy to forget they were ever in the mix. But they are, and they give Szumowska and Englert a brilliant way of bringing to a conclusion a story which, without the supernatural element, feels like it just might have run on for ever.

Director: Malgorzata Szumowska, Michal EnglertWriter: Michal Englert, Malgorzata SzumowskaStars: Alec Utgoff, Maja Ostaszewska, Agata KuleszaSummary: Zhenia, a Russian-speaking immigrant from the East enters the lives of the rich residents of a bland, walled off community as a masseur. Despite their wealth, the residents emit an inner sadness, a longing. The mysterious newcomer's hands heal, his eyes seem to penetrate their souls. To them, his Russian accent sounds like a song from the Communist past, a memory of their seemingly safer childhood. Zhenia is able to change their lives. Written by Lava Films 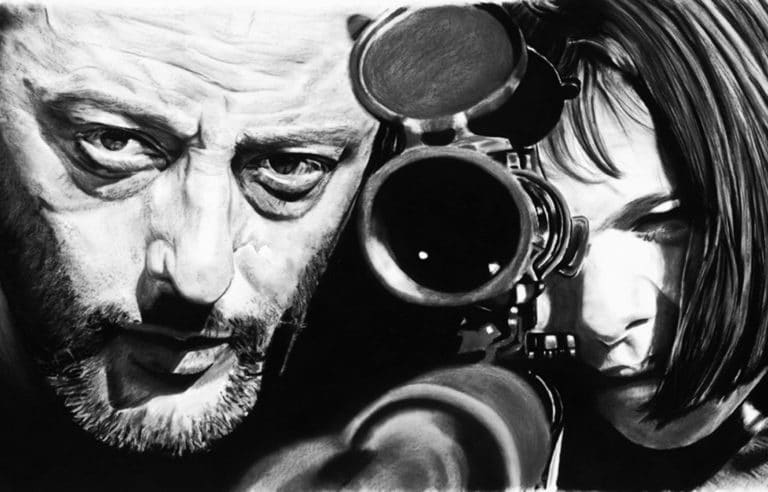