Review: Not to Be Unpleasant, But We Need to Have a Serious Talk

The Greek Weird Wave was at its height in 2011 when Giorgos Georgopoulos released his last fictional movie, Tungsten (there’s been a documentary in the interim), one of the films included on almost all the “ten best” lists next to the likes of Yorgos Lanthimos’s Dogtooth (2009) or Athina Rachel Tsangari’s Attenberg (2010).

Now he’s back with another, admittedly very late, contender, a bone-dry, pitch-black, straight-faced comedy about a man with a fatal sexually transmitted disease seeking out the women he’s slept with over the past few years to tell them they are in all likelihood going to die. Not him, though, it’s only fatal for women.

A comedy, you say? Well, the comedy of manners is rarely laugh-out-loud, the manners under examination here being those of Aris (Omiros Poulakis), a man we meet in bed with a new female conquest, before he’s learned what’s swimming around inside him. He tells her he owns a company. He doesn’t – he’s a salesman there. She’s intrigued, asks if she may smoke a post-coital cigarette in bed. Cut to next shot – she’s smoking the cigarette out on the balcony.

A bit of a braggart and a bit peevish, small minded, ungenerous to the point of selfishness, in a thumbnail that’s the impression given by the scene, and it’s borne out by the rest of the film, which follows this expressionless man, after his shocking diagnosis, on a quest to tell all his recent conquests that they are now potentially the walking dead.

Aris’s doctor has offered to inform Aris’s sexual partners through the official medical channels but Aris wants to do it himself, for reasons which don’t entirely square with his personality. However, this selflessness gives us a movie, so perhaps it’s best to just let that one go.

Structurally, the film plays out exactly as described – he tracks down the women, gets them into a situation where he can talk to them alone and then they react. These reactions take a variety of forms, but it’s clear that not one of the women is pleased to see him (well, maybe one), and that’s even before he’s told them his news.

The film’s not so much interested in the disease and death angle. It’s a peg on which to hang the story of a useless man being forced to confront his past.

The metaphorical meaning of an illness carried by a man but only affecting women is hard to ignore, and Georgopoulos piles in with others – Aris’s boss (played by Georgopoulos’s Tungsten star, Vangelis Mourikis) has no voicebox and speaks with the aid of a portable synthesiser. He sounds like a robot, which doesn’t stop him expatiating at length on any topic he fancies, even reading out loud his terrible poems to captive employee Aris – they’re all about the wind and death.

Visually, the exteriors are as flat as Aris’s internal emotional life and Aris’s exes are all fine-looking with strong features – from whatever walk of life they are bold, expressive women who are the antithesis of the emotionally inert Aris.

Georgopoulos’s achievement is to make this a film on two levels – the life-and-death encounters between Aris and his old flames, and, glimpsed dimly through the reactions of and refractions from his… let’s say it… victims, the story of these failed relationships.

All in all an unusual, powerful, fascinating and precisely engineered film. As for the comedy, not so many big laughs, granted, but there are at least a couple of moments to take the breath away.

Not to Be Unpleasant is showing at the Raindance Festival 2020 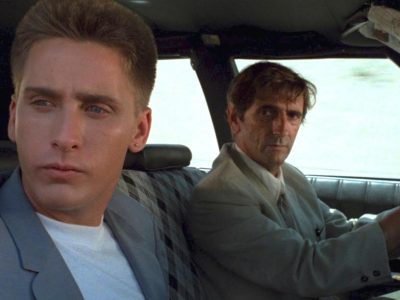 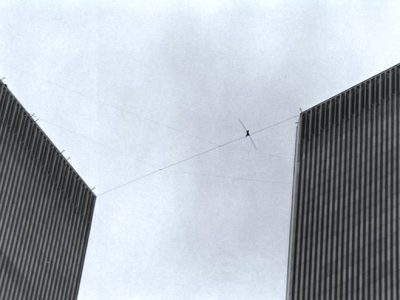 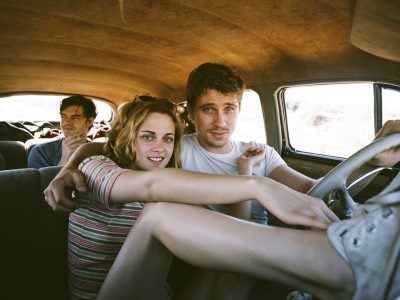